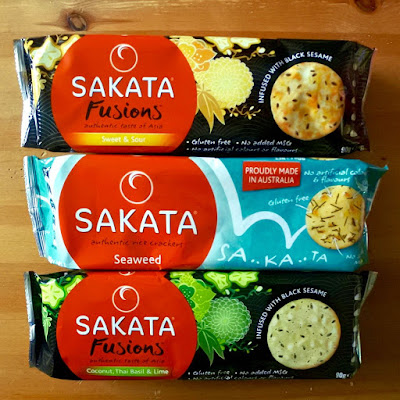 July finds us in the middle of the school holidays, with the fallout from the Brexit poll in the UK and waiting for a government to be formed in Australia in the wake of a tight federal election. I think I am ready for a break!!!  But let us not dwell on the upheaval.  Instead we can cheer ourselves up by peeking into my kitchen to see what good food and fun stuff has been on offer lately.

Above are some Sakata rice crackers.  Sylvia loves the seaweed variety and they are often in our kitchen.  Lately Sakata have been offering a couple of new varieties that we have enjoyed: We have enjoyed the Sweet and Sour but we really love Coconut, Thai Basil and Lime.  It tastes like a Thai curry in a cracker. 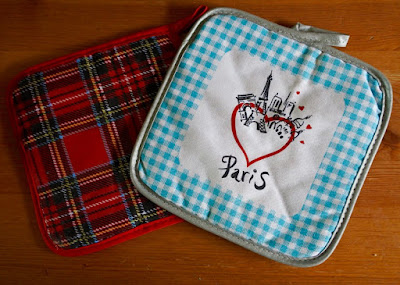 It has been a while since we have had new oven mitts.  The old ones have many stains and spills that tell of many hot dishes coming out of my oven.  I bought these oven mitts on my travels in March in Scotland and Paris.  They are so clean and bright. 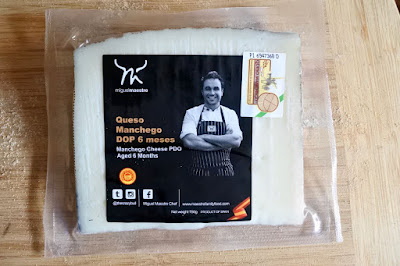 I spied this Manchego cheese at the supermarket.  I have read of it in recipes and was interested to try it.  It melted magnificently but I found it has animal rennet in it - oops (and from an online search it seems that most manchego is not vegetarian). 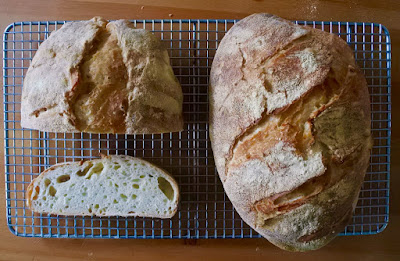 I am continuing to make overnight sourdough bread using my new roaster.  I like it so much that I have ordered a second roaster.  Last week the batteries on my scales gave up while I was weighing the flour for sourdough bread.  The dough ended up being a lot more sticky than usual.  Instead of despairing, I checked out Celia's high hydration overnight sourdough bread for some guidance in handling such a sticky dough.  The resulting bread was a little sticky but it lasted for a few days much better than my usual bread. 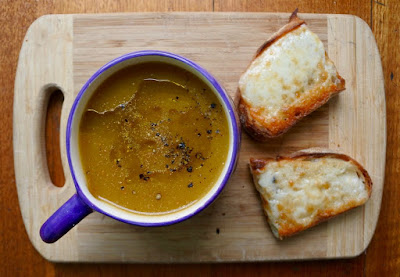 I made a pumpkin soup for lunch recently.  I drizzled a bit of truffle oil on top but it was more than I intended.  Despite this I enjoyed it with some cheese on toast. 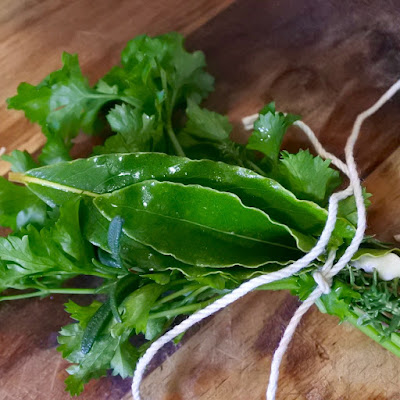 My garden is a bit scraggly right now.  It is winter and I haven't given it much attention since getting home from Scotland in April.  The rosemary is particularly threadbare.  Yet I can still scrounge together some rosemary, thyme and bay leaves for a bouquet garnet.  This one also had parsley from my mum's garden. 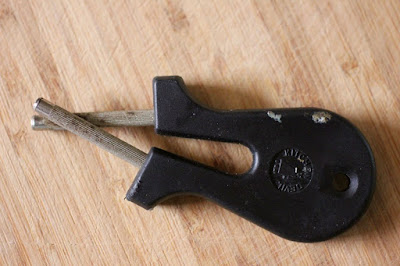 As well as giving me parsley, my mum has given me this knife sharpener.  It seems more accurate than just using a straight sharpening steel but does not fit so neatly into my kitchen.  I hope it will mean sharper knifes! 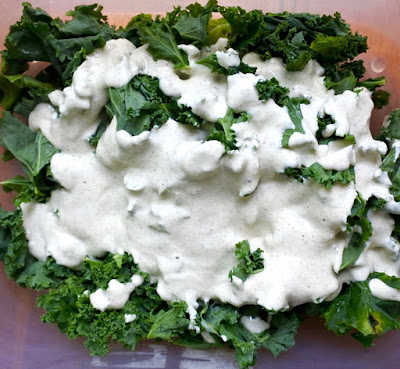 I made Ricki Heller's vegan sour cream and onion kale chips a couple of years ago when recipe testing for her cookbook.  They were brilliant.  I made them again recently but I think didn't have enough kale leaves and they were too soggy.  Sylvia and her friend Amelie had made kale chips at school and loved them.  So they were excited until confronted by these.  I must try a simpler version soon. 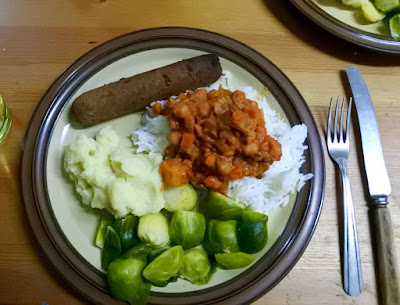 I wrote about buying apple and sage sausages in May.  I kept them in the freezer until last night when I finally cooked them up.  They were delicious.  I served them with a meal that was a bit of this and a bit of that.  I had a little chickpea, potato and tomato stew and rice leftover.  I made a mashed potato with truffle oil (delicious) and cooked up some brussel sprouts. 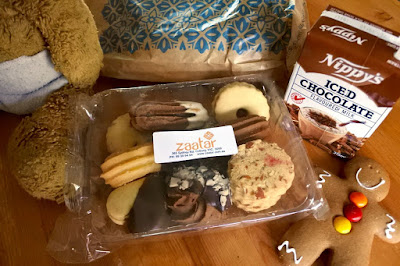 We have been buying Zaatar pizza after gymnastics on a Saturday quite regularly.  It is a cheap warming bread that we can fill with hummus and salad vegetables.  When my dad and brother came up to put up the cat steps, we pushed the boat out and bought a packet of biscuits.  They are not really my sort of biscuits but they were very good.  Everyone else loved them. 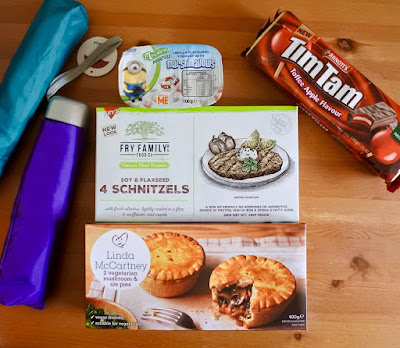 One week after gymnastics we decided to go to the supermarket instead of Zaatar pizza.  This lead to all sorts of temptations.  I bought E and myself some Linda McCartney mushroom and ale pies.  Sylvia chose Fry's schnitzels.  Finally we found what she called "vegetarian meat" in child care and it is all she wants to eat right now.  For sweet food we bought some Minion yoghurt and marshmallows (urgh) and a packet of toffee apple Tim Tams (so-so).  Lastly we bought some umbrellas which have been very useful in the recent wet weather.

There is no central list of In My Kitchen posts this month.  Maureen is taking a much needed break though Francesca has an informal list.  It is s sign of how much fun this blog event is that many bloggers are still posting about what's in their kitchen.
Posted by Johanna GGG at 14:48