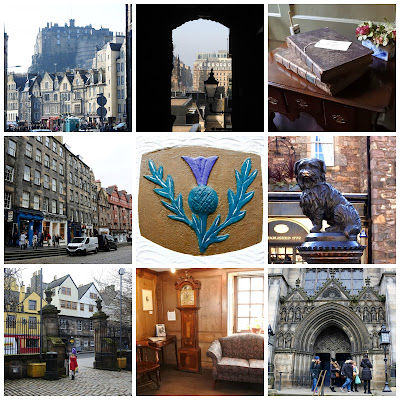 It is almost a month since we arrived home from our trip to Edinburgh and Paris.  This is the last post on our travels.  I am finishing with some reflections about Edinburgh, a city I know well and where we spent a few weeks.  It continues to delight me and occasionally frustrate me.  Mostly delightful!  Just look at all the beautiful buildings. 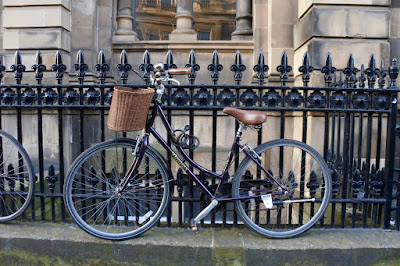 My husband E grew up in Edinburgh so it is truly home to him.  I lived there a few years with him and yet it still delights and intrigues me.  I love riding my bike in the flat streets of Melbourne but I always admire those who ride bikes in hilly Edinburgh, not to mention the discomfort of riding on cobblestones. 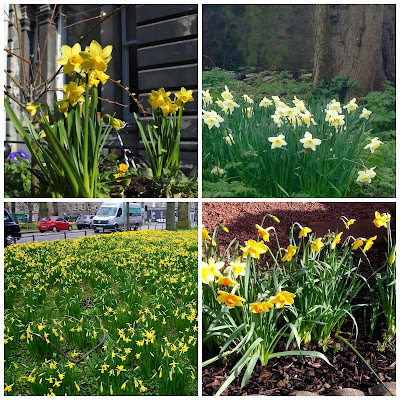 We usually go to Edinburgh in Autumn/Winter so it was interesting to be there in the start of Spring.  (The trip was not planned but organised in a rush after my father in law died suddenly.)  It was lovely to have the longer days for getting about, slightly warmer weather (ie still very chilly) and see the gorgeous daffodils everywhere.  I missed the Christmas lights that I love so much but it hard to go close to Christmas when life is so busy at home. 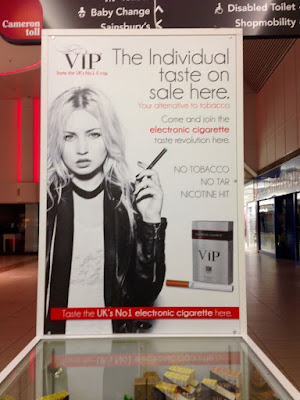 We notice the differences when we return to Edinburgh every few years.

Melbourne has more tattoos, personalised number plates on cars, street art, and soy milk is widely available in cafes.  It bemused me that most times E asked for a coffee with soy milk, he was told it wasn't available but they had semi skimmed milk.  And we were amused at their one tram line because Melbourne has a huge networks of trams.

Edinburgh has double decker buses, deep fried mars bars, gorgeous views of the castle, sturdy baby swings, and so many more electronic cigarettes.  The parks had lots of different sort of play equipment.  I really liked the roundabout at the park in the Meadows that had little pedals for the kids to use.  As mentioned Zomato cafes listings has not taken off like in Melbourne. 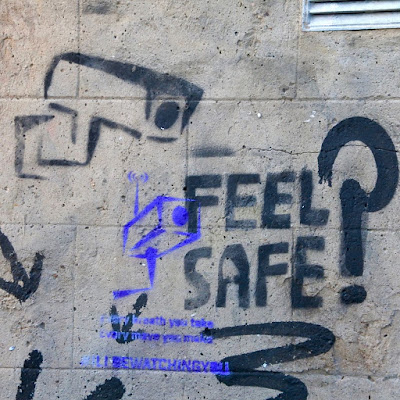 A week before we travelled to Paris, there were terrorist bombings in Brussells.  It made me feel more nervous about travel.  I had to regain perspective by reminding myself that I was more likely to be in a road accident than a terrorist attack.  On the news they reported that Edinburgh Airport was stepping up security.  Even so, Edinburgh Airport is very relaxed compared to Tullarmarine in Melbourne.  When we left Edinburgh we showed our passport to check in and to board the plane but there were no queues and rigourous screening like in Melbourne. 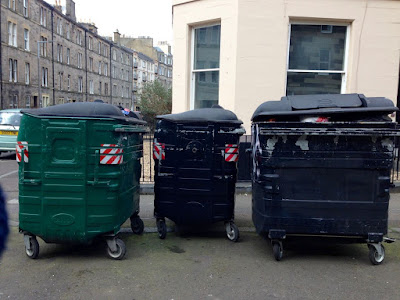 I have complained a few times about our Newington holiday accommodation.  The fridge was too hot, the flat too cold, the central heating settings too mysterious, the kitchen too uncared for, the downstairs smelt too damp.  I could go on and on.  Fortunately we loved our first and last accommodation places in Edinburgh.  However I am sharing this picture outside our place in Newington to show you the black bins.

When I worked in Edinburgh in the council, many considerations were being given to replacing black garbage bags with wheelie bins.  Edinburgh yards are too small or non-existent.  Footpaths are narrow.  These large wheelie bins on the corners were unsatisfactory and an eyesore.  Oh well at least they have the tram line working now, even if the locals are unimpressed. 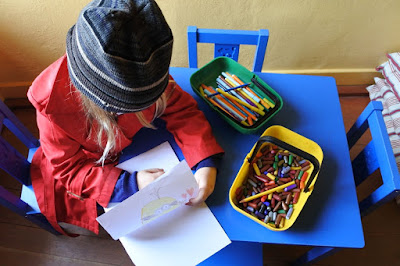 We were impressed at all the kid's activities at so many tourist attractions.  Perhaps one of the most impressive was the Museum of Edinburgh.  Not only was there the above drawing corner midway through, but later on a large room offered brass rubbings, colouring in and building cardboard houses, stained glass windows, dressing up costumes etc.

Sylvia also had a great time doing lego at the National Museum, having her kids headset tour at Holyrood Palace and the wall of literary doors at the Scottish Storytelling Centre. 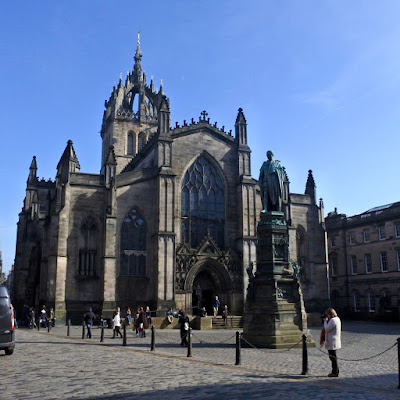 I just love wandering about the centre of Edinburgh and admiring the Medieval buildings.  St Giles Cathedral, above is an imposing building that is a beautiful place to take time out from the hustle and bustle of the street.  I love it because I volunteered there many years ago as a guide. 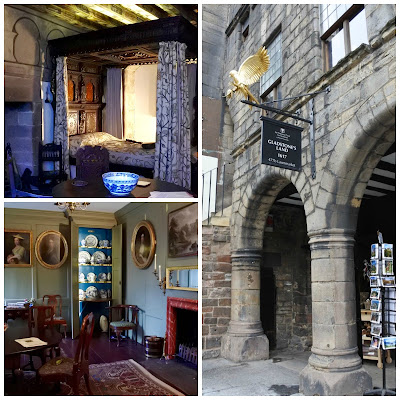 Being in Edinburgh in Spring meant a few buildings were open that are usually closed when we visit. I went to Gladstone's Land on the first day it opened after the winter break.  It is really interesting to see how a building in the Old Town used to look in Medieval times and Victorian times. 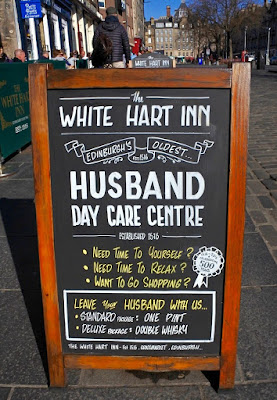 This sign made me laugh.  We were also amused by some British television.  Unfortunately it has decreased in quality since our last visit.  Like in Melbourne lots of great drama has been replaced by cringe-worthy reality tv.  Here are a few interesting shows we saw: 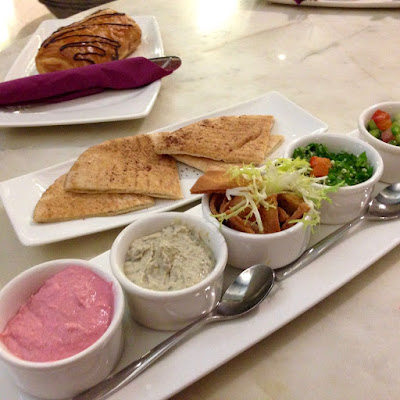 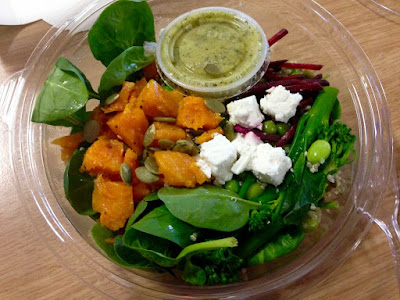 The saving grace is that airport food has improved.  Above is a quinoa, feta and vegie bowl I had at Edinburgh Airport on the way to Paris.  It was very welcome as I ended up buying bread rolls at the airport that we had for dinner upon arriving at our apartment when we were too tired to go out.  You can also see the hummus and salad plate above that which we had in Doha Airport (I think it was called Qataf Cafe).  Strangely enough it was cheaper than the chocolate croissant which E had.  The hummus and salad was fantastic when I had been eating fairly ordinary food on the plane and kept me going.

If you want to read more about the holiday, I have added links to our travel posts towards the bottom of the Reviews and Reflections index.
Posted by Johanna GGG at 21:44