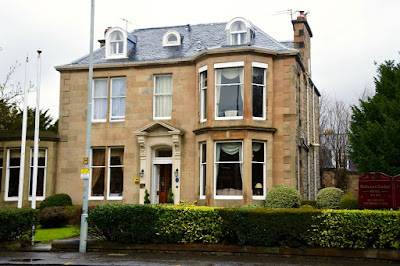 As I have mentioned, our second holiday apartment in Edinburgh was less than satisfactory so for our last couple of days after returning from Paris, we booked into the Kildonan Lodge Hotel near to Cameron Toll Shopping Centre in Liberton.  It was an old style bed and breakfast accommodation that E and I used to stay in before Sylvia was born.  We enjoyed staying there.  In fact Sylvia rated it her favourite place we stayed. 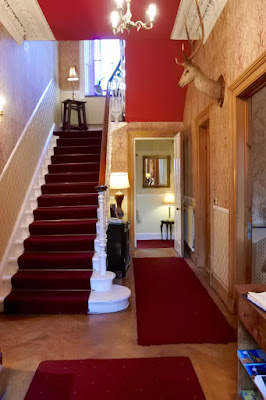 We arrived back in Scotland on a wet day and it continued to rain for much of the next two days before we flew home to Australia.  We were greeted with a warm welcome.  The owner and her staff were lovely and very helpful. 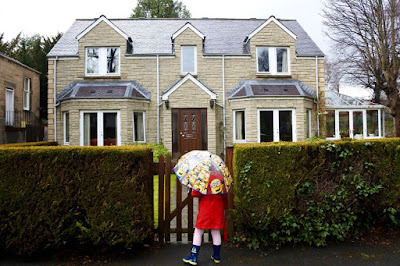 We were shown to the cottage out the back.  In some ways it was good to be away from the main hotel to have some space but in other ways it was a bit annoying to have to walk through the rain into the breakfast room. 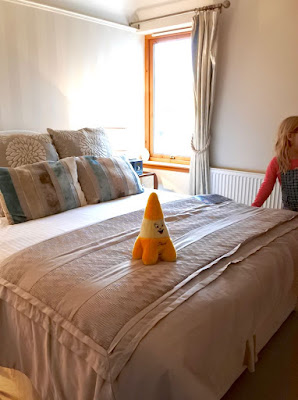 Our room had a double bed and a single bed for Sylvia through a small archway.  The online photo gallery had shown some quite fancy rooms but I guess they didn't have the extra bed which was appreciated.  It was a nice basic room with a tv.  However it didn't have much room around the bed which made it harder to spread out our large suitcases to pack for the journey home. 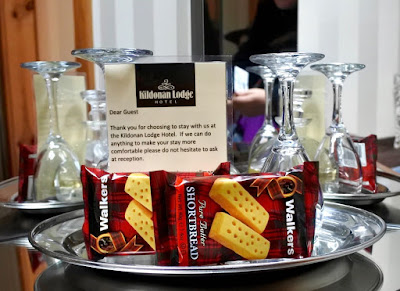 Sylvia and E were excited to have shortbread biscuits but we didn't touch the complementary sherry. 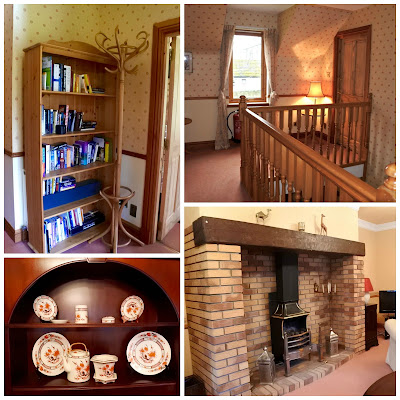 Once we had arrived we went into the lounge where there was a television.  Sylvia was so delighted to watch the BBC children's channel again after only having French tv for a week.  It was a nice room but with only two days we didn't have time to spend there. 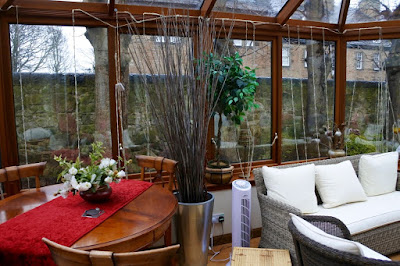 Likewise we really liked the conservatory in the cottage but didn't have the time - nor the weather - to enjoy it. 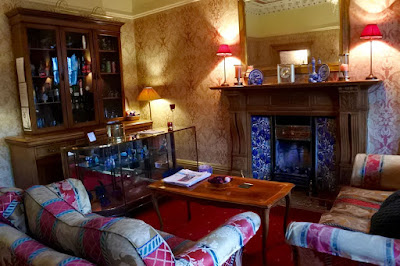 Inside the main hotel was a fancier lounge.  It had a touch of olde worlde charm.  If I had had time to relax with a book in a comfy chair, this is where I might have plonked myself.  The Kildonan also had evening meals in the dining room.  I can imagine this would be the place for a sherry before dinner at the bar.  As it was, we only came in here to wait for a taxi to my sister-in-law's house. 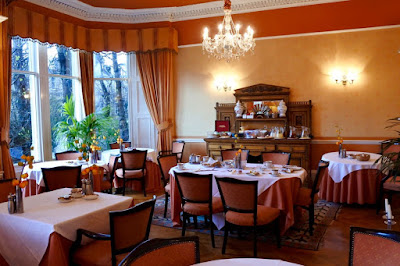 The dining room was another charming room.  It was here the we had breakfast both mornings.  The first morning it was a relaxed affair.  Sylvia was very excited at the buffet.  She ordered hot chocolate, a drink she was very fond of in Scotland.  When we asked after it a while after ordered, the waitress told us that it was in the jug that we thought had extra hot water for E's tea. 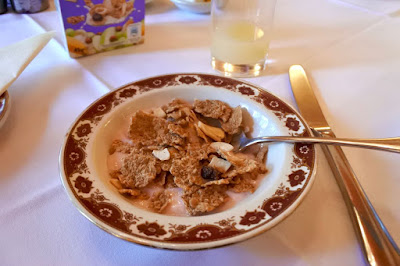 I started with some yoghurt and sultana bran.  Alongside it was a glass of juice I poured thinking it was pear juice.  It was grapefruit and very sour.  I did feel it was remiss of them to provide tea, coffee and juice but no water. 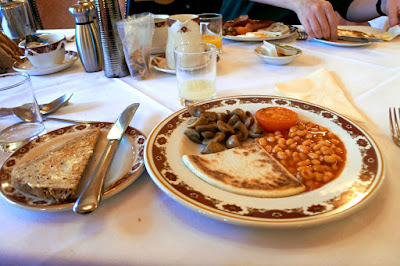 Then I had baked beans, grilled tomato and mushrooms and a tattie scone.  It was very nice.  E was very pleased to have a fry up. 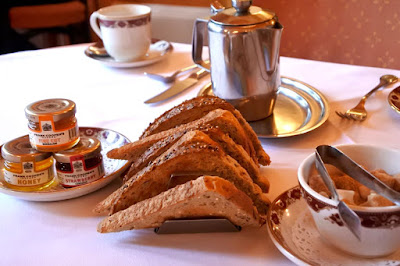 Lastly I had some jam on a piece of toast.  Sylvia just adored these cute little jars of jam.  As always we were last out. 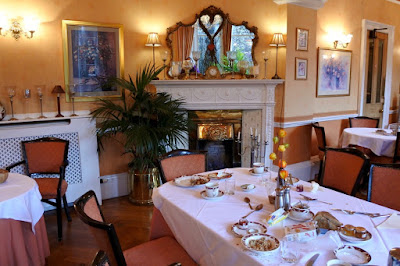 Our second morning was a less cosy affair.  We rose at 3.30am in order to catch an early taxi to the airport and fly home.  So we had arranged to have a cold breakfast.  We crept in to the deserted breakfast room in the small hours to have juice and cereal to see us on our way.

I would like to return to Kildonan Lodge Hotel.  It was very comfortable and cosy in a splendidly British way, and lovely to be waited upon after spending a month of finding our own way in self catering apartments.