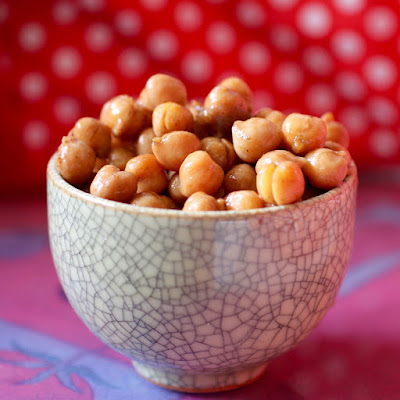 Yesterday Sylvia told me that when I use chickpeas, I must not tip the water off them down the sink because it is a waste.  When the 6 year old in the house understands the value of aquafaba, it is a sign I have been experimenting with it quite a lot lately.  Indeed I had high hopes of making Nigella's "macaroons" for a celebrity chef picnic on the weekend but the tamari chickpeas from Dreena Burton were actually far more successful. 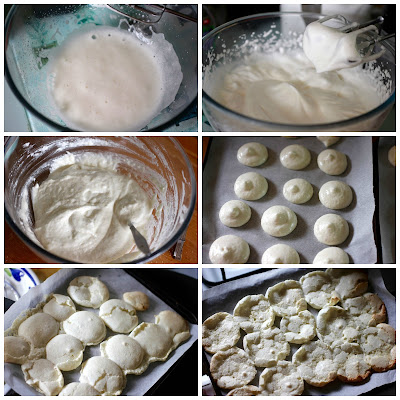 Firstly let me say that I am far more comfortable with macaroons (which remind me of my grandfather) than macrons (which seem fiddly and trendy).  So I liked the idea of veganising the macaroons in How to Be a Domestic Goddess for a vegan picnic.  The more I looked the more they seemed like macrons.

Having never made this sort of recipe before vegan or not, I decided to trial them the previous day because I was going to a family meal in Geelong.  They flopped.  I wondered if they were affected by using almonds rather than pistachios or if the almond meal was not fine enough.  However I suspect the main problem was rushing around trying to get ready to make pancakes and getting Sylvia ready for gymnastics while having an oven timer that is being unreliable.  You can see in the above photo that they had potential.  They tasted good but were not worth sandwiching together with passionfruit frosting as I had planned. 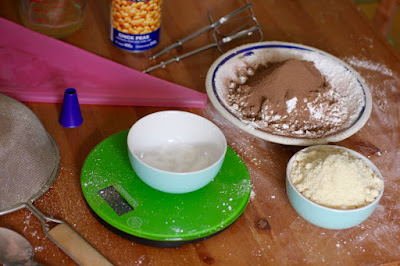 So the next morning when I tried making the chocolate macaroons, I had hope.  I was more careful in sifting and preparing and watching the timer.  But even before the timer rang, I knew that the mixture was much less firm.  I had to work quickly to pipe them out.  (To spoon the mixture into the piping bag I put sticky tape over the nozzle to stop it running straight through.) 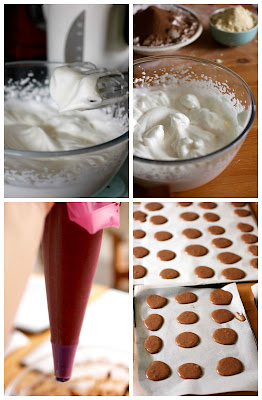 I had found that they baked too quickly in the first (vanilla) batch.  My oven needs baking to be turned midway through but I had got too distracted to turn them in time.  When I turned the chocolate macaroons midway, they did not look promising. 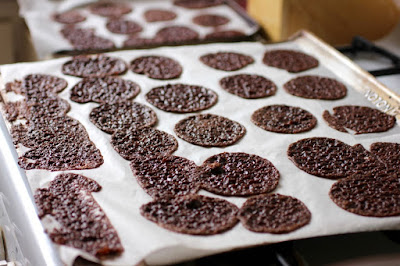 They came out so flat that I almost curled them like brandy snaps.  So much for doing my trial run.  The second batch were far worse than the first.  I almost threw out the remaining mixture and then decided to bake it anyway and just embrace the crisp flat macaroons. 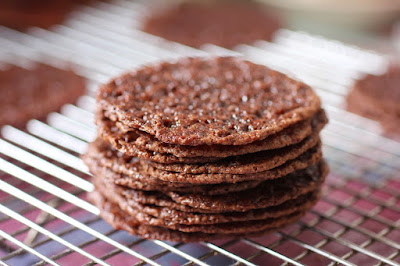 When I left some in a tub for E who was not at the picnic, he looked at the shards and asked if I was going to bring home proper chocolate biscuits from the picnic.  Poor man is used to always being given the worst of the batch and expected there must be better versions somewhere.  As it was he decided they were too sweet. 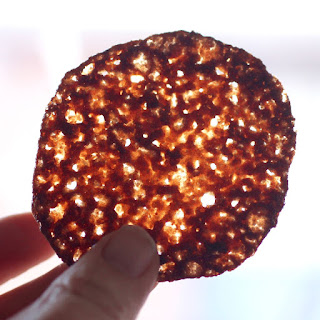 I took them along to the picnic as sweet morsels but not expecting to impress.  Cindy commented that they would made attractive garnishes on a fancy dessert.  (Such as Faye's Mousse Your Own Adventure Cake that I enjoyed with chocolate cake in it.) 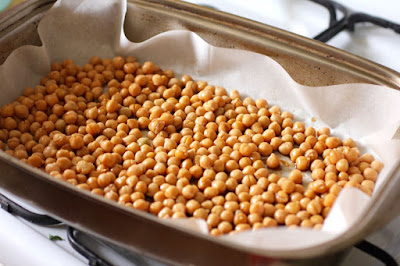 As I had quite a lot of chickpeas leftover after using the chickpea brine for aquafaba, and not a lot of energy for anything else, I made Dreena's Tamari Chickpeas.  They were a really nice snack and great to for lunches today. 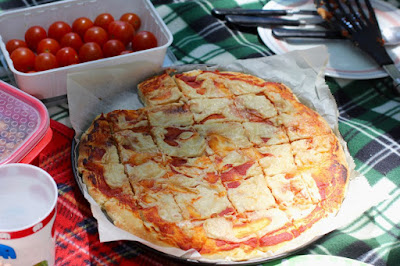 And because it seemed mean-spirited to take a failed dessert and a simple baked chickpeas, and because I had left my sourdough starter out overnight by mistake, and because I had pizza sauce in the freezer and love making vegan mozzarella, I made a pizza to take along.  It was very relaxing to sit in the Edinburgh Gardens with good food and good company.  And there were so many delicious desserts that I didn't really mind that my attempt to mix Nigella and aquafaba had failed.  Yet more experiments will follow.

You can read more about the picnic from fellow bloggers Faye at Veganopoulous and Where's the Beef.

Preheat oven to 200 C and line a large roasting tin with baking paper. Mix all ingredients in the tin and bake for about 25 minutes, stirring once or twice.  They will still be soft and tender rather than crunchy.  Eat hot or room temperature.  Can be kept in container in the fridge for a 2 to 3 days.

Sift the icing sugar and cocoa.  Set aside and have almond meal and castor weighed and ready.

Beat aquafaba for about 2-3 minutes until white and fluffy.  Sprinkle castor sugar over the mixture and continue beating for 3-5 minutes until stiff peaks but not dry.

Bake for 10-12 minutes until bubbly and slightly dried.

Cool on baking paper for 10-15 minutes and then gently peel off and keep in an airtight container for a few days.

NOTES: This is what I did.  I thought it might make macarons but even when I left them to sit for 15 minutes they just were flat.  Perhaps another time I will try and see if I can get them to rise.  Meanwhile, they have some merit as crisp chocolate lacy rounds.

On the stereo:
Talking with the Taxman about Poetry: Billy Bragg
Posted by Johanna GGG at 22:03