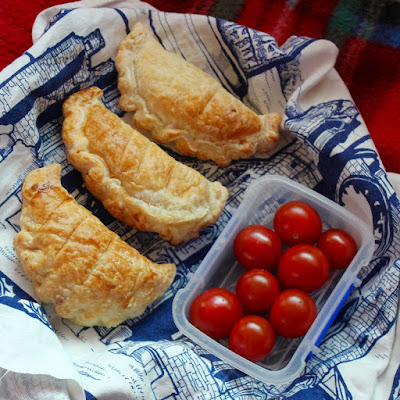 I just looked on Buzzfeed at a list of foods dad's want to eat on Father's Day and it is almost all meat.  So this Father's Day I will share a recipe that seems perfect for dads but is vegetarian.  I made them a few weeks back for a school picnic with puff pastry and then tried them again with home made shortcrust pastry.  Both are wonderful. 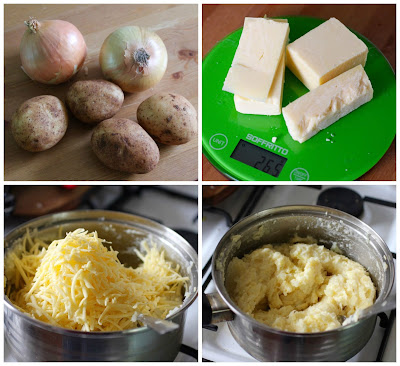 The recipe is fairly simple.  I have never mashed onions with potatoes before but it was a revelation.  So easy and so yummy.  I saved some of the cooking water for a soup and it was very flavoursome. 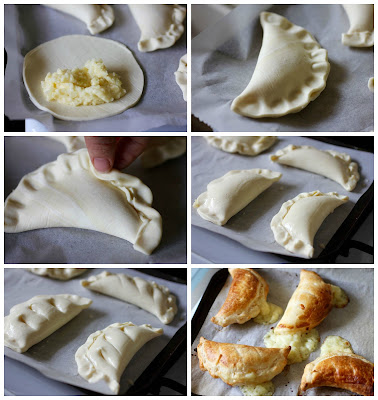 Above is my step by step photos of making the pasties with puff pastry.  The only problem I had with them were that the filling oozed out.  Perhaps I added too much.  I only made a few before I had to run out the door to the picnic.

It was at 4pm.  Right between 3.30 when kids are starving straight after school and later when we have dinner.  So I didn't take that much.  As always there are parents whose amazing feasts put mine to shame!  But my pasties were a fine offering. And hearty enough to provide energy for the bush dancing that came after the picnic. 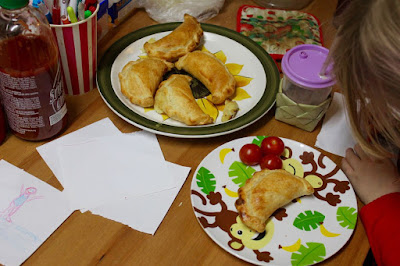 When we got home Sylvia was most displeased that I would not let her watch any television.  It didn't take me too long to bake more pasties.  Meanwhile Sylvia organised paper and pens for us all to sit at the table and draw while we waited.  It was one of those evenings when life seemed right.  The three of us sitting around the table peacefully sharing and enjoying being a family. 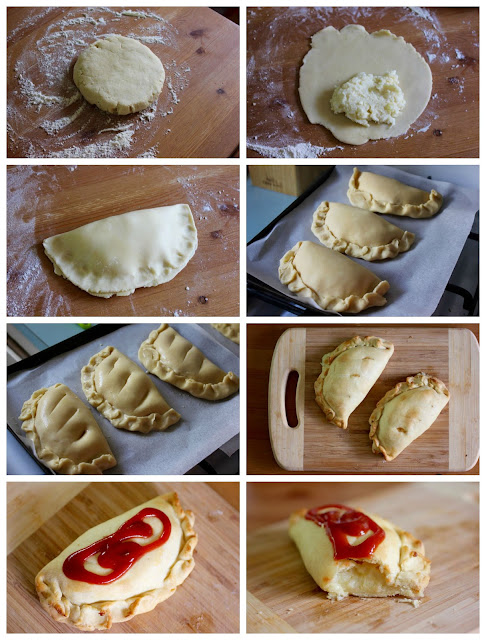 I still had heaps of filling over so a few days later I made some shortcrust pastry and made more pasties. (See above photos.)  I was amazed at how light and crisp the pastry was.  I used Karen's recipe on Lavender and Lovage on the same post as the pasties.  She uses vegetable fat but I just used vegan margarine. 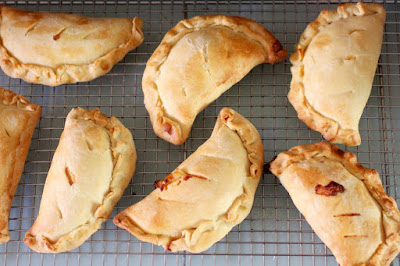 Karen says that these pasties are one of her most requested recipes.  I can see why.  They are delicious, albeit not the healthiest of meals.  They were brilliant at the picnic and Sylvia had one in her lunchbox the next day.  They reminded me both of the Cheese and Onion Pasty that Greggs sells in the UK and of the Cheese and Onion Tiddly Oggie that Ferguson Plarre sells locally in Melbourne.

Apparently Tiddly Oggie means 'proper pastie' and to read the guidelines of the Cornish Pasty Association, I am not sure they would approve of cheese and onion.  I, on the other hand, like it very much.  In fact next time I make these with puff pastry I think I might try them square like Greggs does so I don't end up with a bag of scraps of puff pastry in the freezer.  (What do I do with it?  I've considered topping some vegies with scraps to make a spiky pie.) 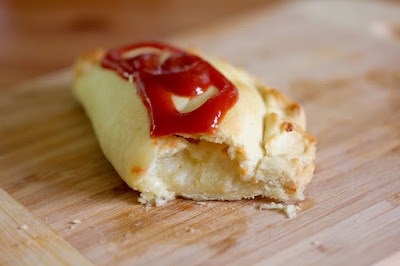 So there you have it.  Just the sort of comfort food that fathers everywhere would love.  And because it is Father's Day, I have some quicklinks for you to make you think about how great dads are, while I also remember those whose dads are not about and those dads whose children are not with them. 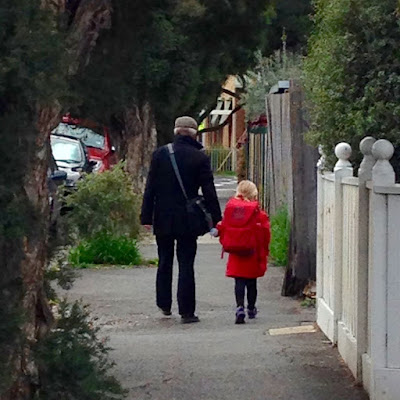 I am sending these pasties to The Pastry Challenge at the United Cakedown (run with Jen's Food).

Bring to boil then simmer potatoes and onions with a pinch of salt for about 15 - 20 minutes or until potato is soft.  Drain.  (Keep the water to flavour stews and soups.)  Mash and stir well with mustard powder and cheese.  Season to taste.  Set aside.  This can be prepared ahead of time and kept in the fridge for a few days.

Roll out pastry on a floured surface.  I divided one batch of the shortcrust pastry into eight and made an approximate circle or cut four circles our of each sheet of puff pastry (or the puff pastry could be cut into squares to avoid leftover scraps).

Drop a dessertspoon of mixture into the lower half, leaving a good centimetre around it for pinching edges together.

Bake for 15 to 20 minutes or until golden brown.

Rub the butter into the flour and salt.  Gently mix in the water and lightly knead until you have a ball of smooth dough.  This can be done in the food processor and is an excellent way to make sure the dough is handled lightly so it doesn't get tough.