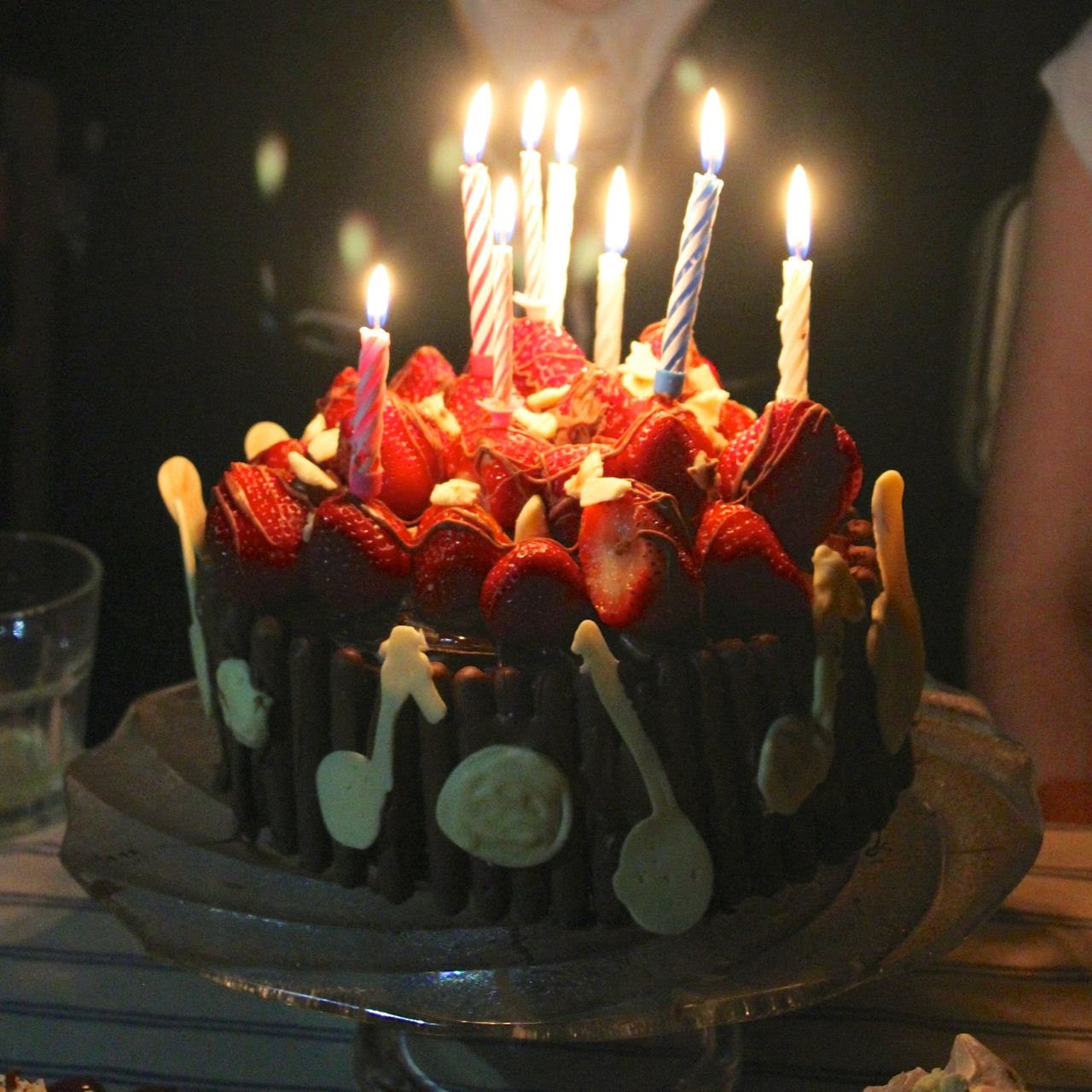 You can never have too many chocolate cakes.  Especially when celebrating birthdays.  This cake was a fairly plain old vegan chocolate cake that I jazzed up with chocolate frosting, chocolate sticks, strawberries and more chocolate.  It was a significant birthday for my niece and I wanted to make a fancy cake for Quin. 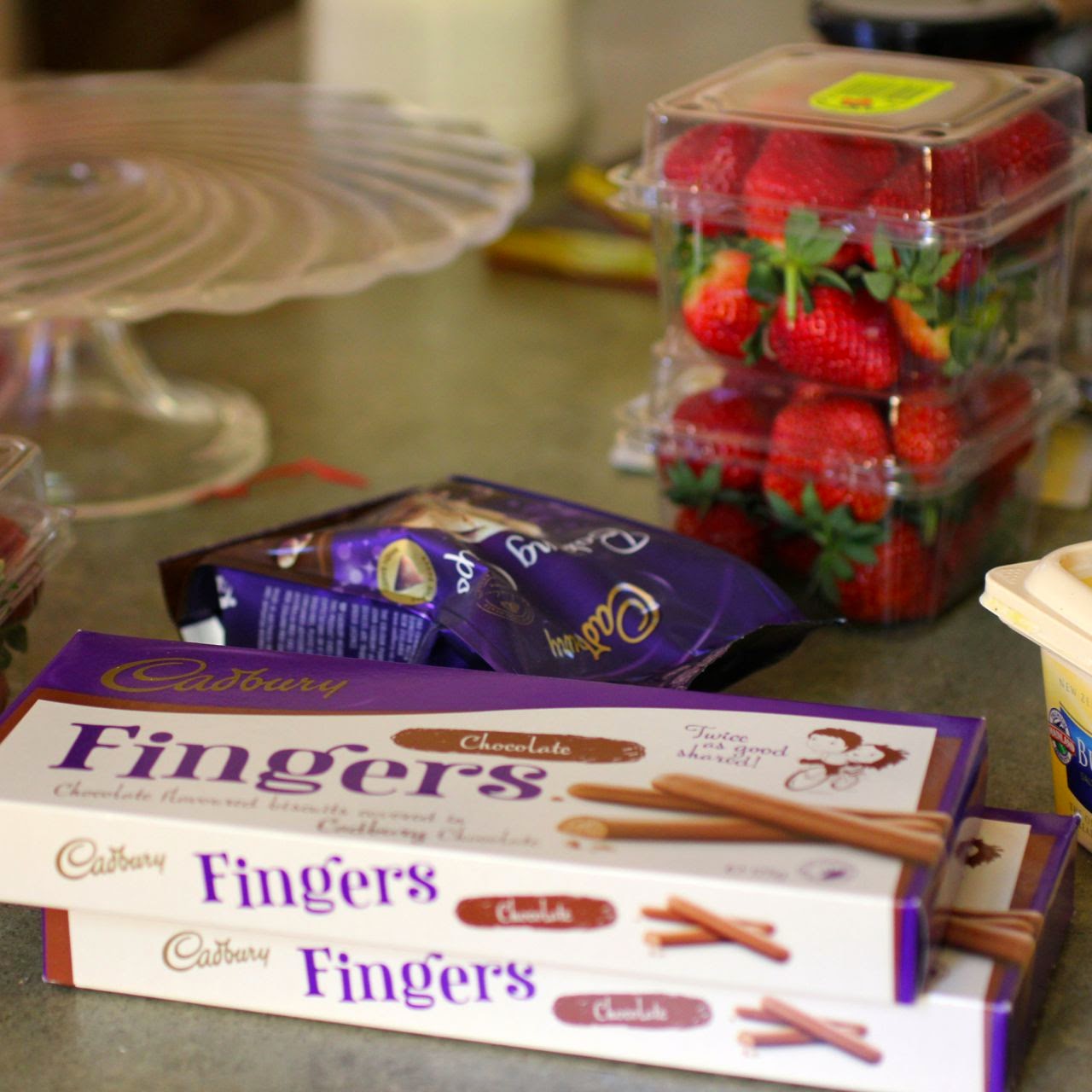 The birthday was a few months ago so my memory is it is a bit hazy.  The photo I saw on Larder Love of a fancy birthday cake was the inspiration.  It seemed quite easy.  Chocolate fingers are even easy to buy these days.  I remember a time when they were rare in Australia.  Perhaps I noticed this after caring for an elderly woman in the UK who was rather fond of these biscuits.

However the cake was more challenging than I anticipated.  Firstly I made it while we were without a car after some idiots stole it.  So I baked the cakes and took them in a cake box down to Geelong on the train.  When I got down I decorated the cake at my parents' house. 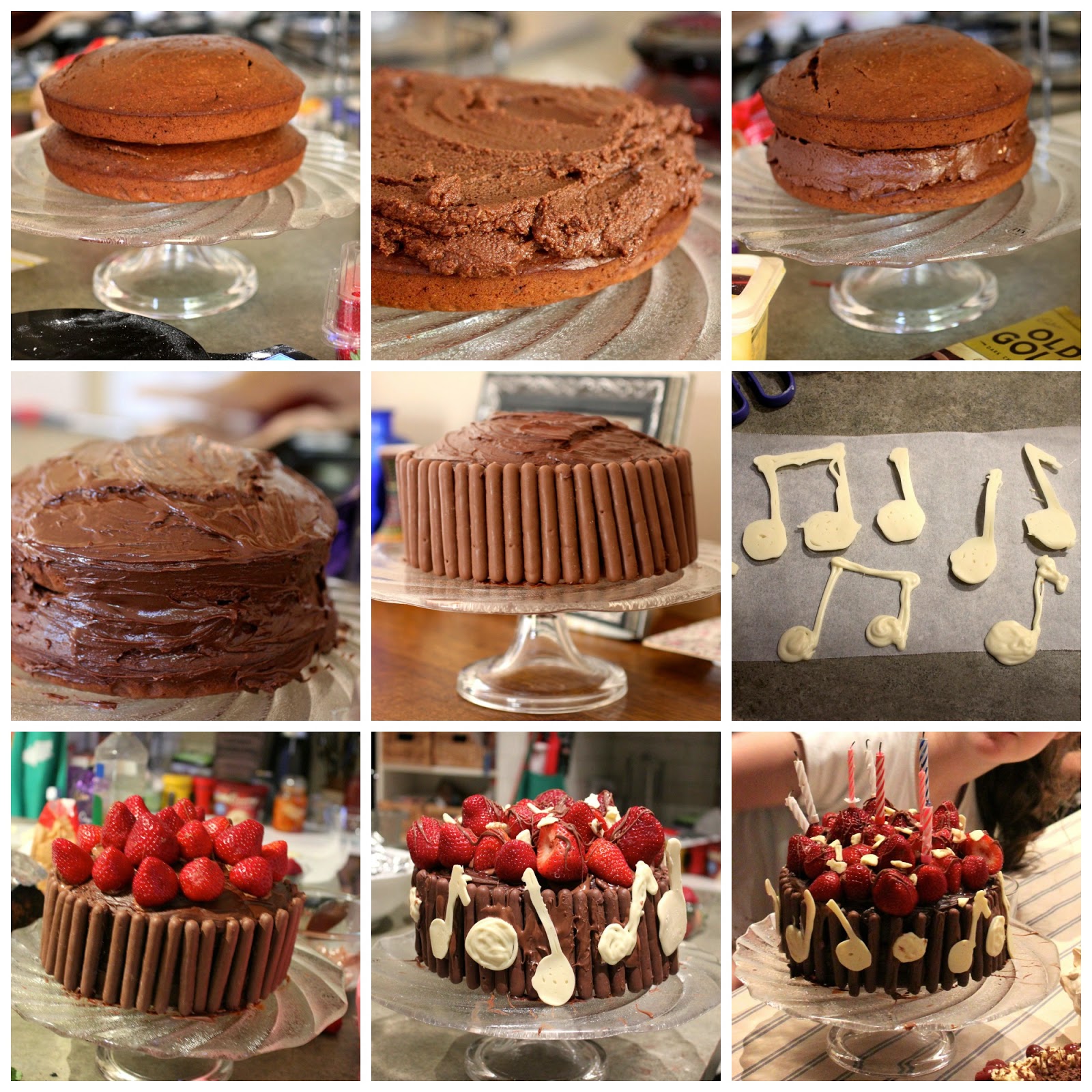 I followed a similar recipe to the frosting at Larder Love and mine was a thick mass that I could barely spread between the cakes let alone spread over the cakes.  I gave up and just made some basic chocolate ganache (a bit like this) for the outside of the cakes.  At least the chocolate fingers covered up the lack of frosting.

Then I had a brilliant idea to make chocolate musical notes because Quin is very musical.  Later I was told that white chocolate is softer to handle.  Which may explain why it was so hard to pick up the notes that I piped onto baking paper.  The broken notes were scattered over the strawberries.  It took me so long that I had barely finished the cake when it was time to sit down for dinner.  Hence my lack of decent photos.   (However I took lots of process photos which will have to do in lieu of a recipe.) 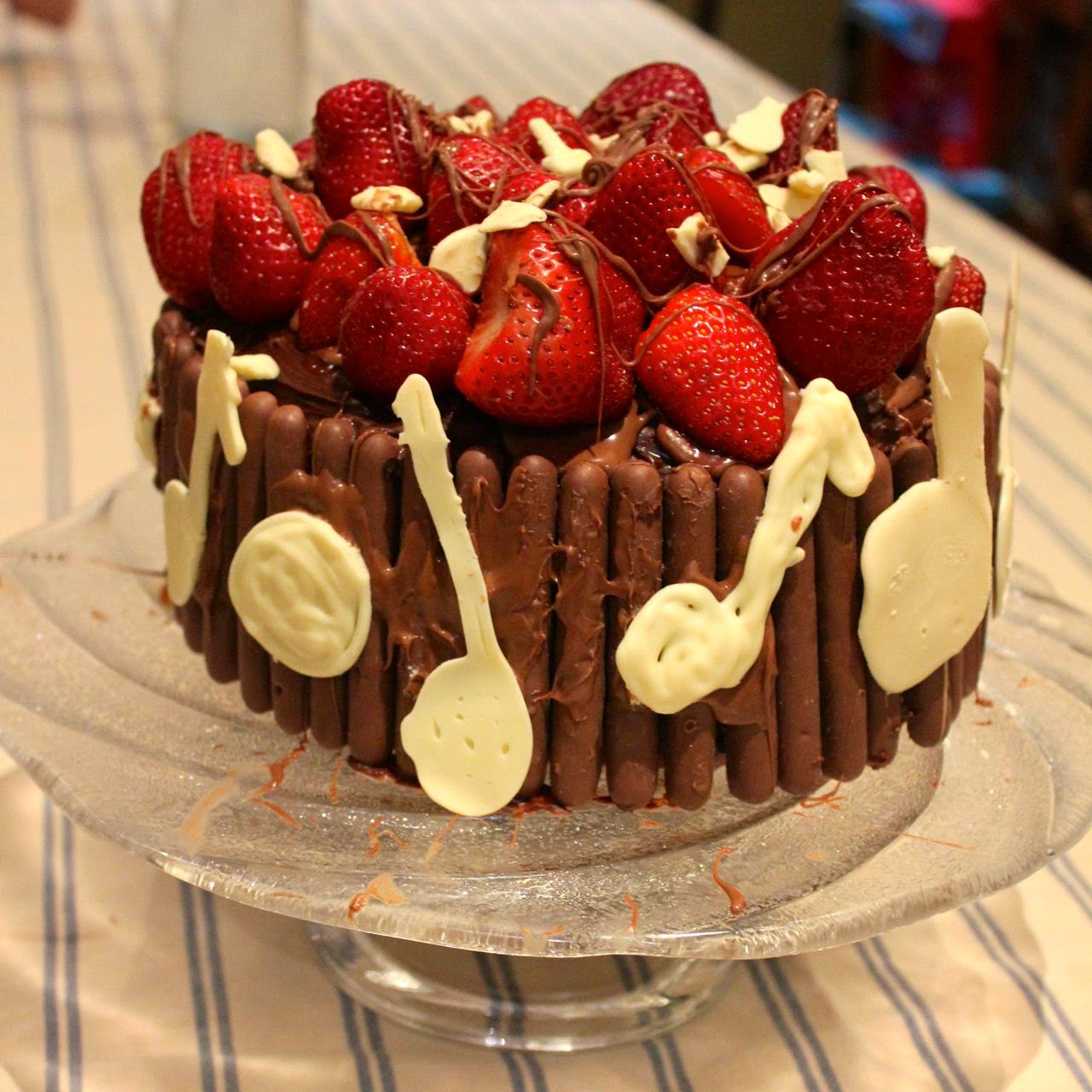 Despite the frustrations, I was still happy that the cake was more fancy than a plain old iced cake.  After one of my younger nieces wanted an adult cake last year, I have decided to need to make more effort in presentation of celebration cakes.  This one is a good start.  And for those who notice that this is the third chocolate cake I have posted in a row, I finish the post the way I started.  You can never have too many chocolate cakes!