Couscous salad and reflections on the week 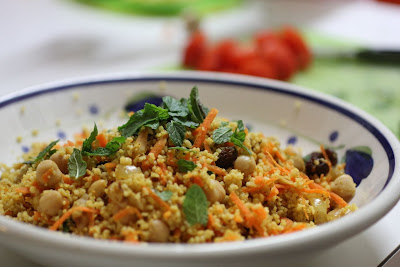 You would think that with trying to rid the house of all the foodie magazines cluttering our corners that I wouldn't buy any new ones.  Unfortunately not.  So in an attempt to convince myself the purchase was justified, last week I bought a foodie magazine and made one of the recipes days later.

Recipes+ claimed I could make it in 20 minutes.  Unfortunately not.  By the time I had grated, chopped, toasted, fried, zested, worked out spices to use in lieu of a Moroccan spice mix and then ran out to the back yard to pick some mint, it was far longer than 20 minutes.  I found the salad not quite right.  After the first night I found that goats cheese gave it the pick-me-up it needed.  (Perhaps avocado would have worked just as well.)  The salad lasted us a few days and was a great batch of leftovers to have in the fridge. 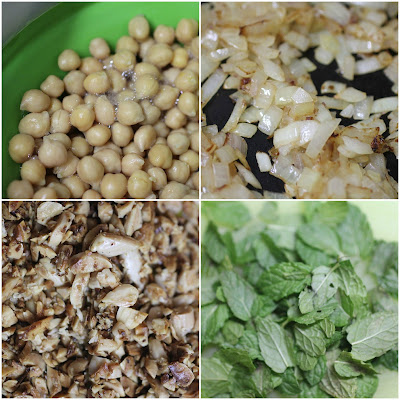 And now I have some random reflections on the week to share: 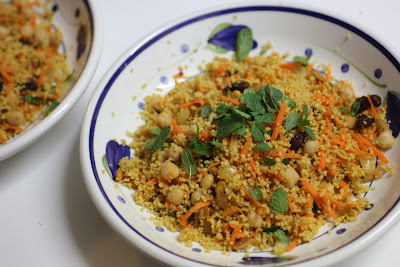 Place couscous and stock in a large bowl and cover for about 5 minutes.  Toast almonds.  Fry onion in 1 tbsp vegetable oil til soft (about 5 minutes).   Add spices and stir one minute.

On the Stereo:
moondawn - Klaus Schulze
Posted by Johanna GGG at 22:48