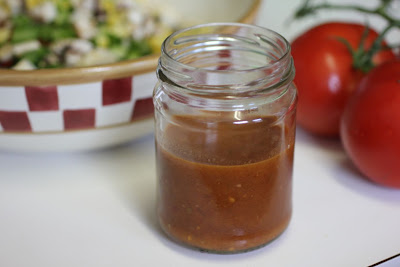 .
It's hot.  I'm busy.  So I have bundled up lots of weekend photos into some collages and tried to keep this short.  But there is a lot to say.  A whinge, a celebration and a salad.  And did I mention it was the Labour Day long weekend.  It's autumn but it feels like summer.  Melbourne is eight days into its nine day heatwave.  Tomorrow is forecast to be a record-breaking 37 C.  Nine days with the temperature over 30.  That is my excuse if this post is slightly rambling. 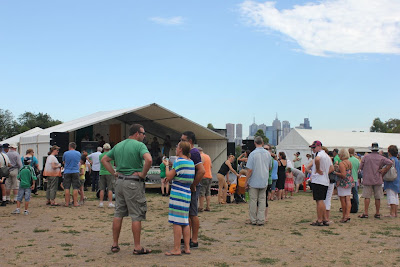 Things that most displeased me this weekend: 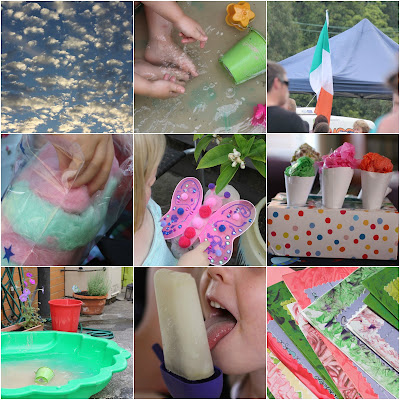 Things that most delighted me this weekend: 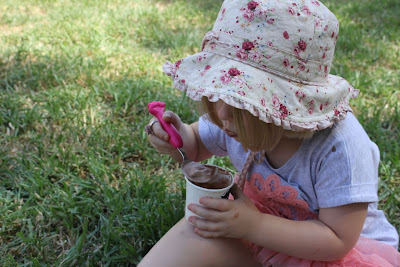 It is a hot weekend when Sylvia just wants her ice cream, paddling pool filled, icy poles and even sets up a play shop in her bedroom selling ice creams (made of paper and tissue paper) and icy poles (made of yoghurt tubs and wooden sticks).  At the Melbourne Irish Festival her soft serve ice cream didn't take long to fall on the ground and was replaced by pink and green fairy floss. 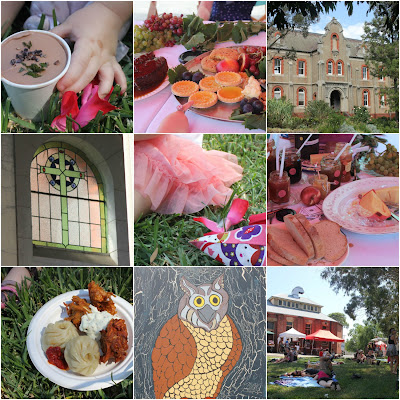 We also went to the BikeFest at Abbotsford Convent.  I drove my car there (sad face).  Even if I was as fit as I used to be when I cycled about more it would have been too hot, especially with a 4 year in tow.  I did get out on my bike briefly later in the weekend.

Sylvia loved the coconut-based choc-mint ice cream.  I was a bit less sure of it but it was interesting to try.  I enjoyed the pakoras and steamed dumplings from Lentil as Anything.  We also had a lovely time tasting bakes, jams and chutneys that were submitted to the food competitions.  I particularly loved the pomegranate jelly.  Sylvia had a great banana oat choc chip cookie.  I was fascinate to see a tandem bike on display and enjoyed the music. 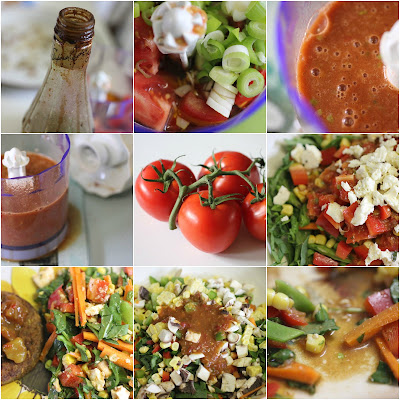 Summer means salads.  Cold, easy, quick meals.  I searched Pinterest, Eat Your Books and Delicious.  Delicious produced great salad inspiration.  I finally am getting some success with Eat Your Books and found a burger that I made the second night to serve with the salad.

The salad was really a tomato pomengranate vinaigrette that Janet made recently.  It was easy to make and added great flavour to any fresh vegetables.  I didn't rest it in the fridge overnight and I used more salt than Janet.  It was still rather tangy but also very tasty. 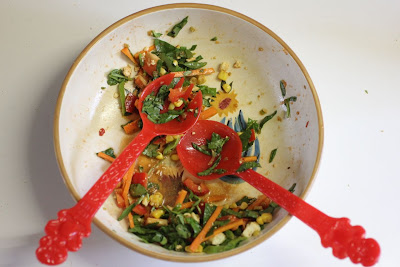 I served it with different vegetable combinations over two nights.  The first night I tossed it with cooked corn, snow peas, red capsicum, spinach, feta, carrot.  The second night it was with spinach, red capsicum, mushroom, raw corn, carrot sticks.  I had a bad experience with a bag of avocados last week.  They only ripened in half the avocado.  It made me wary of buying more.  A shame.  I think avocados would be brilliant with the vinaigrette.  I think some rice or buckwheat groats or other grains would go well too. 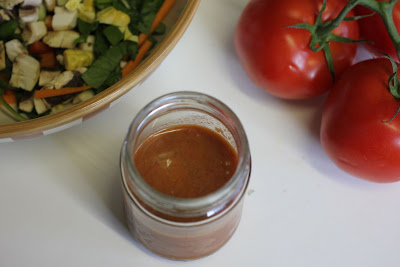 The hot weather can't last forever.  Our days will get cooler.  So while I have the chance I am sending this to Lisa for this month's No Croutons Required (an event she runs with Jacqueline.  The theme is raw salads and soups.  While it is not technically raw, given that pomegranate molasses is boiled down molasses juice, I hope it will be close enough for jazz for Lisa.  I am also sending it to Ricki for her Wellness Weekends.

Blend all ingredients (or strain through a sieve).  Toss through salad or keep in the fridge until ready to use.