Auckland: Devonport, Corellis and the University 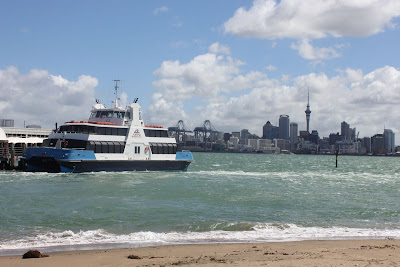 I'd never been to Auckland before my trip last week.  After a quick internet search I still wasn't sure how to fill in my free afternoon.  The museum sounded interested by I wanted to get out and see the city.  So after a quick spot of shopping, I gravitated towards the shores of Waitemata Harbour. 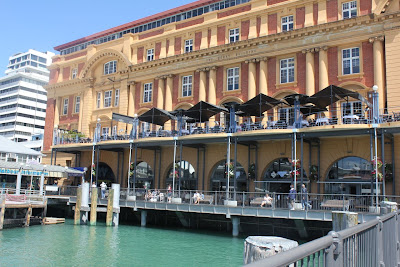 At first I was disappointed.  It was an industrial area with a few arty park benches and a shipping crate that had been recreated into an art installation.  Then I explored further and found the cafes, the ice cream shop and the ferries.  I bought a jam doughnut ice cream and sat in the sunshine for a bit just enjoying the view. 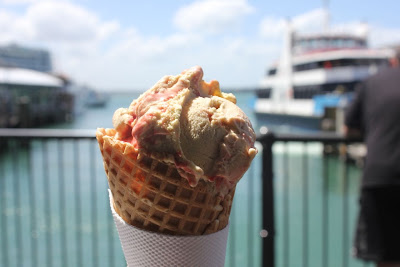 Then I went to a ticket desk and asked about a cruise.  I just wanted to see a bit of the harbour.  I was surprised to discover the ferries to Devonport did not go to the town in Tasmania (what was I thinking!) but a suburb of Auckland.  They went regularly and I was told that Devonport was a charming seaside town of history, cafes and gift shops where I could walk up a volcano or along the beach. 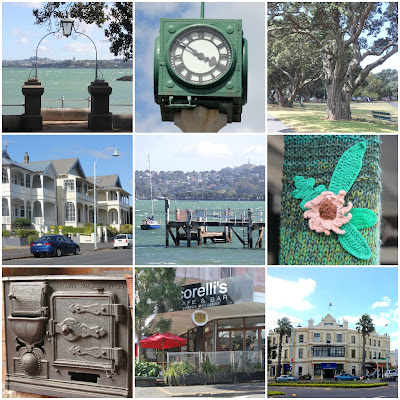 So I went across the sea to Devonport.  It was indeed charming.  Very des res.  Large houses on the waterfront.  Lots of interesting shops - jewellry, soaps, toys, environmental crafts, chocolates and more.  Having been up early for my plane, I had eaten two breakfasts but no decent lunch.  I found I was peckish.  Many eating places presented themselves.  I rather liked the look of one called Corelli's. 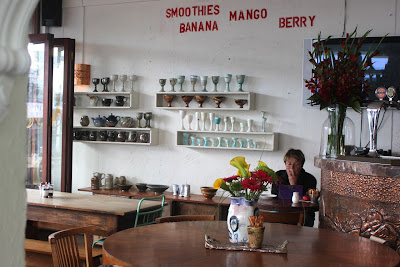 It was the sign that promised mulled wine and Baileys latte that grabbed my attention.  When I looked inside I liked the look of the rustic wooden tables and pottery goblet displays.  I wandered in to look at the display cabinet and check out a menu. 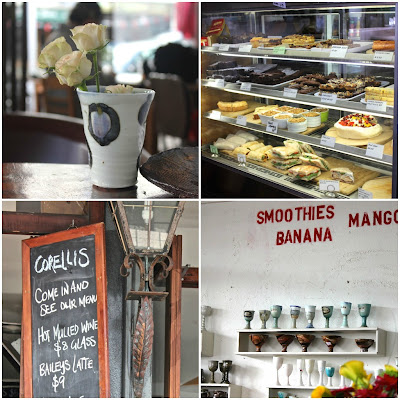 If it had been winter I might well have ordered a mulled wine.  It was more an ice cream type of day.  The menu had a few good veg options.  I liked the sound of the bean nachos served with guacamole, sour cream and sweet chilli sauce.  I couldn't believe how huge the bowlful was when it arrived at my table. 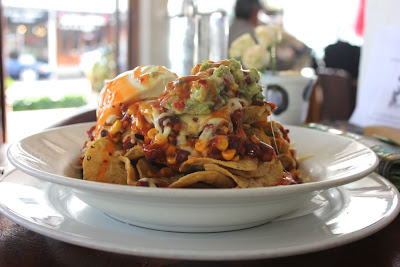 While I found the addition of sweet chilli sauce an odd choice for nachos, it worked with the huge mound of sour cream and the very satisfying bean and corn chilli.  The corn chips were wonderfully crisp and I ate a lot of it.  It was just so lovely to be able to sit and relax at a cafe with good food and my book.  A rare treat these days! 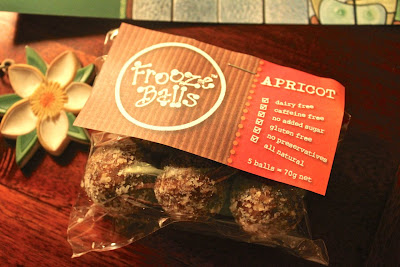 I had found a couple of veg-friendly restaurants online but after the nachos I was full.  I would have loved to have visited Revel Cafe.  I did visit Revive.  It didn't have lots of ambiance but they had lots of healthy salads.  I dropped by and brought Frooze Balls on the way back to the Braemar on Parliament B&B where I was staying.  These balls were amazing.  Full of fruit and nuts, they were just what I needed to get me through the evening. 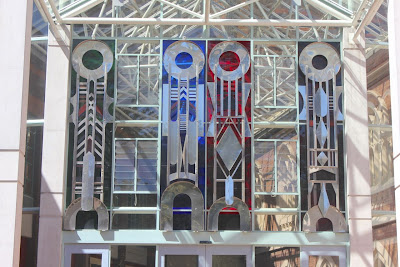 Given that the Maori community makes up about 10% of the New Zealand population, I had hoped to see some influence in the buildings and street architecture in the city.  The only Maori art that I saw (other than in gift shops) was in these windows on the High Court Building near my B&B.  Unfortunately I didn't have time to go inside as I was en route to my conference.  John from the Braemar also pointed out the below posh bus shelter that used to be the entrance to a grand residence but now stands against a plain wall. 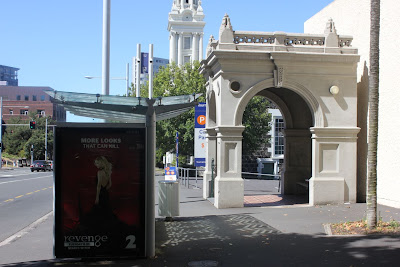 My conference was interesting both for the content and for the technology that was used.  I've never encountered Google Hangout before and was fascinated to see it used to bring together a panel of three speakers from three different continents.  And the vegetarian food was really good.  Mini toasted bagels with tomato and avocado at morning tea were delicious.  (It was especially impressive given that the conference registration was only $20.) 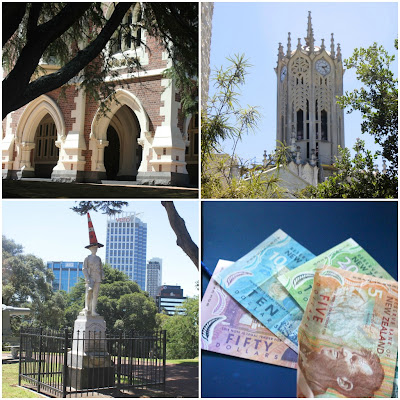 Being on campus at Auckland University, I couldn't resist a walk around the grounds during afternoon tea.  The campus is very spread out and I only saw part of it.  It is in the historic centre of Auckland and includes are quite a few interesting buildings.  The bell tower was impressive, even with the scaffolding. 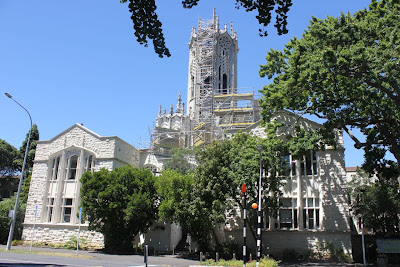 Opposite the university is Albert Park.  The statue wearing the traffic cone on its head signified that I was still in the world of students, despite the frown on the statue of Queen Victoria.  These gardens were pretty with sprawling lawns, colourful flower beds and a large fountain.  It was tempting to join those relaxing on the grass rather than heading back to the conference. 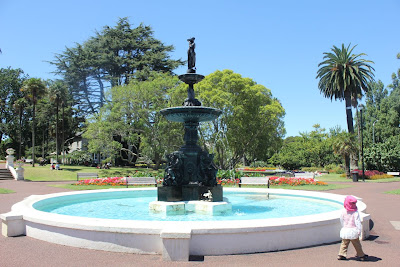 It wasn't a long trip but I enjoyed seeing a little more of New Zealand.  Auckland is a city of volcanic hills, waterside views, and pedestrian traffic lights that count down the seconds.  I enjoyed exploring and relaxing by myself.  Coming home, I found the best gift shop of my trip (Artport) was through customs at the airport.  After flying long haul with a three year old last year, flying solo felt like luxury.  I was able to eat my meals and watch movies (Argo and The Perks of Being a Wallflower) without interruptions.   For those who are interested in my meals, I have an update on my plane food post.