ANZAC Day and the Biscuit Police 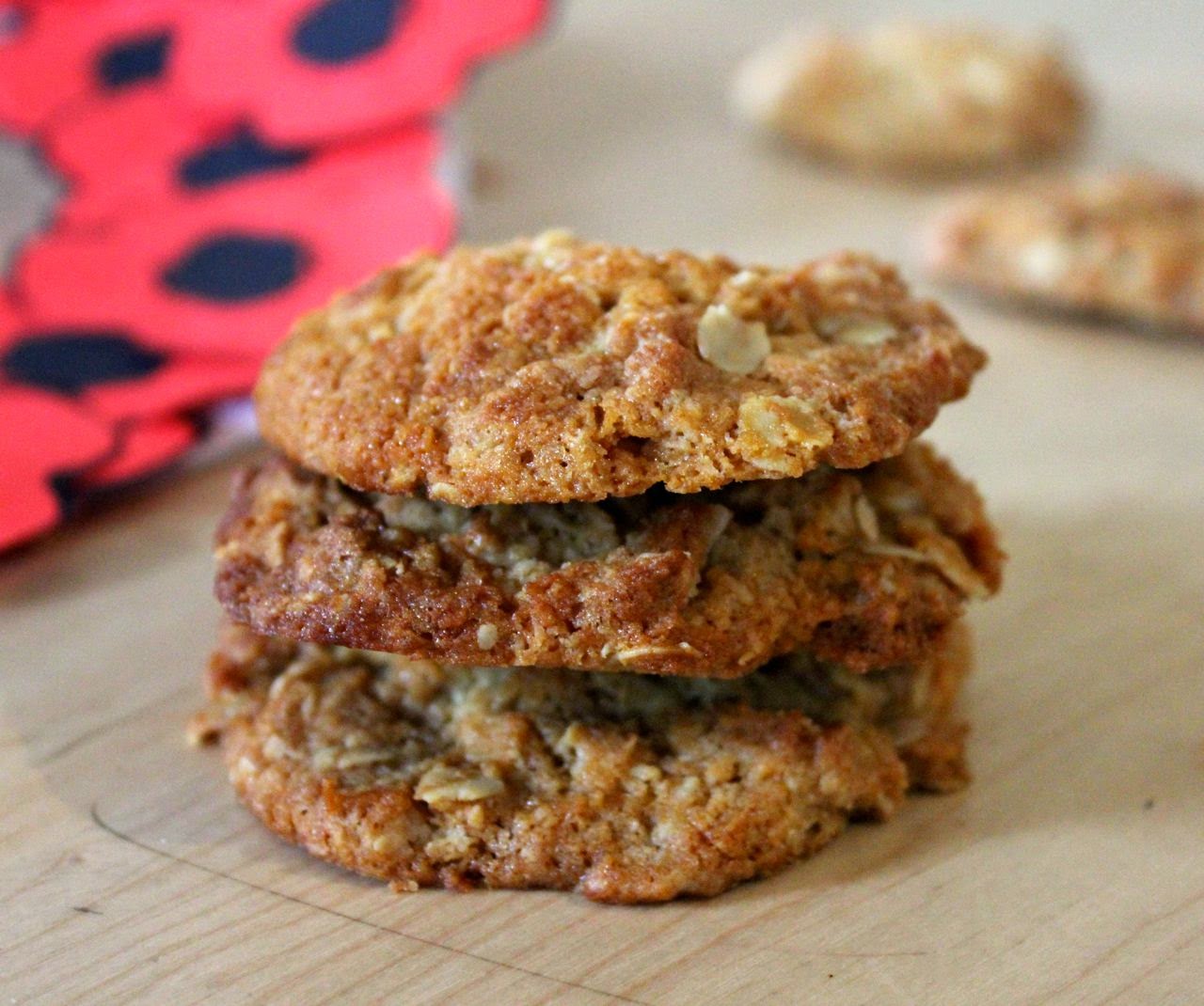 Today is ANZAC Day in Australia and New Zealand. It celebrates the day that the Australia and New Zealand Army Corps (ANZAC) landed at Gallipoli in Turkey, their first taste of active service during World War I. It was a disastrous mission that was marked by the Aussie determination despite a futile battle. They landed at the wrong place and had no chance. The Turks had the upper hand as they shot at the ANZACS from the cliff tops. The most successful part of the battle was a retreat with minimal casualties. This was seen as our baptism of fire, the birth of the nation, the first real test for the Australian nation after Federation in 1901.

So what does it mean to me? As a primary school kid, each ANZAC day would see us assembled in the school hall to hear old returned soldiers tell us about their experiences. We would read the story of Simpson and his Donkey and bake ANZAC biscuits. Every year there would be an ANZAC Day parade which I don’t remember going to, but my mum tells of going with her parents and her dad’s mates yelling out at him to join in as they marched by. Yes, one of my grandfathers went to war in World War II and one of his older brothers was at Lone Pine in Gallipoli. But as a child I only have a hazy memory of my mum looking for the name of her uncle who died in World War II when we visited the War Memorial in Canberra.

As an adult it meant I bought the video of Gallipoli and lost it. When I traveled through Turkey, I joined many Antipodeans who watched the film at the hostel after spending a day on tour through the rugged terrain where our soldiers bravely but futilely fought. What made the biggest impression on me that day, was hearing from our Turkish tour guide about how devastating the effect was on the Turks and seeing their war cemetery as well as that of the Australians. Since returning from my travels I have been to the dawn service once at the Shrine of Remembrance in Melbourne.

In 1972, Eric Bogle wrote a song called And the Band Played Waltzing Matilda about Gallipoli which included the lines reflecting on dwindling numbers in the annual ANZAC Day parade ‘But as year follows year, more old men disappear / Someday, no one will march there at all.’ However, it seems in recent years there has been a renewed interest in celebrating ANZAC Day. Unfortunately wars continue to be fought and the day now commemorates service in all wars.

With the renewed interest, is a resurrection of the ANZAC biscuit. This is a biscuit I loved making as a child because I loved smelling the butter melting with the golden syrup. My mum made them quite a lot and I mostly had her home-cooked versions rather than what we called ‘bought’ biscuits. Home made biscuits can be different each time, sometimes chewy, sometimes crisp. Now it is quite common to see huge chunky versions in cafes. This year I have noticed that there are sprawling displays of packets of the bikkies in the supermarket.

The ANZAC biscuit gives an interesting insight into the war. These are biscuits made from oats and golden syrup among other ingredients. They are associated with World War I because Australian mothers and wives sent these biscuits over to the soldiers. The recipe was one that would keep forever in the long sea voyages. It just shows how desperate the soldiers’ conditions were and also that many more people than soldiers were part of the war effort.

It seems that during World War I they were not referred to as ANZAC biscuits, and possibly didn’t even include all the ingredients we know and love today. Researchers say that they were originally Soldiers Biscuits, then ANZAC Crispies and then finally in the late 1920s ANZAC Biscuits.

The name ANZAC is protected by the Department of Veterans Affairs but there is an allowance for the word to be used for the biscuits. However, you should note that this allowance only extends to biscuits that use the traditional recipe and definitely not to the use of the word 'cookie' in the same breath. It seems that any divergence from tradition is frowned upon by our government. You have been warned!

When my mum rang this week she said she had made a great batch of ANZAC biscuits from her fail-proof cookbook, Cookery the Australian Way (which was the book we used at high school). So I scribbled it down dutifully on the newspaper where I was doing my samurai sudoku. I was glad to get the recipe from my mum, because I had seen so many versions of the recipe that I was quite confused about which one was the one I knew and loved.

I am so glad I made these because it made me realize that this is my equivalent of what the choc chip cookies seems to be for Americans. As I have said before, the smell of melted butter and golden syrup fills me with nostalgia. These biscuits make me remember being young - wanting to eat all the raw biscuit mixture, being so amazed at the bicarb fizzing up in the golden syrup mixture, and wishing we had bought biscuits. It reminds me of having to keep all the utensils and saucepans with a daub of green paint on them at the green counter in the home economics room at school and proudly taking home freshly baked goods.

When I was young I don’t think I really appreciated my mum regularly baking us cakes and biscuits. How ironic because now I would much prefer homemade ANZACs to any that I could buy in a shop! My mum was right about this being a good recipe - they were flat, soft and buttery. I have checked a few other recipes and it seems this one has a bit less flour and oats than usual which is probably why they spread so readily. Oh, and apparently the recipe is derived from a Scottish recipe. So it is no surprise that E loved them too.

I am sending this post to Stephanie of Dispensing Happiness who is holding an Retro Recipe Challenge event called Your Mother Should Know. It asks us to make a recipe that was popular before our mother was born. I thought it was a hard ask until I realised that the biscuits I was planning came into that category.

Update: I have uploaded some photos from 2013 to replace all by one of the blurry old photos from 2008.  If you want a fancy version, you could also try ANZAC biscuits with cranberries and chocolate but don't tell the traditionalists.

* I have updated this recipe.  It was previously 3/4 cup each of oats, flour and coconut and 1/2 cup sugar.  The biscuits spread a lot (as you can see in the bottom photo) but I have followed my mum's lead and now make the biscuits to be firmer little discs.

** I know that in America it is hard to get golden syrup - it is possible to substitute honey or corn syrup or treacle. Vegans can substitute margarine for butter. But I believe the characteristic taste of these biscuits really comes from the combination of butter and golden syrup so I encourage using them if possible.

On the Stereo:
Son of Evil Reindeer: The Reindeer Selection
Posted by Johanna GGG at 23:21