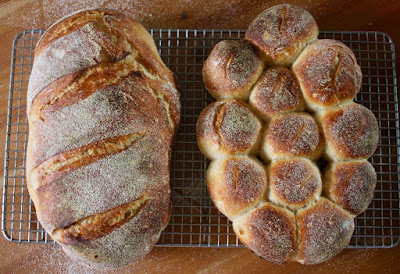 April started with Easter Sunday, the end of Daylight Savings and April Fool's Day all bundled into one day.  And the start of the school holidays too.  Now we are well and truly into autumn, the days are drawing in and the weather is cooling but we are still needing more rain (except when I hang out the washing).  My greatest joy in the last week is my oven finally being repaired.  Above is the first loaf of sourdough bread I have baked for weeks.  I also baked rolls to go into the freezer for work lunches. 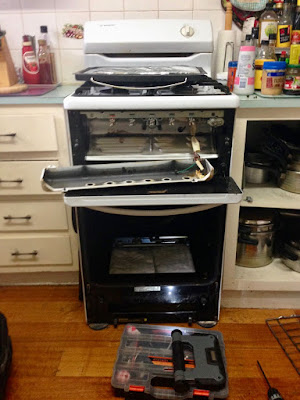 Here is my oven taken apart by a tradie.  For 4 weeks we had a tradie come once a week, and each week I was hopeful it would be repaired.  It was a long month.  Firstly I rang the gas because the oven had started going out after our gas meters were replaced.  I hassled the guy so much he looked at my oven and said the gas hose at the bottom was pinched.  Then started my four weeks of tradies:

Week 1: I had a plumber look at the oven and replace the gas hose so we had better gas flow.  Which was a relief because our oven has never baked very hot.  The oven went on and we had a day or two of confidence.  Then it reverted to either not staying on once lit or, worse, seeming to stay on until I checked the oven to either put something in or take something out and find it had gone out.

Week 2: the plumber returned.  He diagnosed it was the thermostat.  He said once upon a time he could have bent a pin to fix it but these days the manufacturer had to replace the whole thing.  Curse you, planned obsolescence.

Week 3: the manufacturer sent out someone who was very rude because his phone calls did not reach me (though eventually I got a phone message despite not receiving phone calls).  He said it was the thermostat but he did not have the part.

Week 4: the manufacturer's guy came again and put in the thermostat and - touchwood - since then I have been baking again.  Just in time for Easter and the cooler weather! 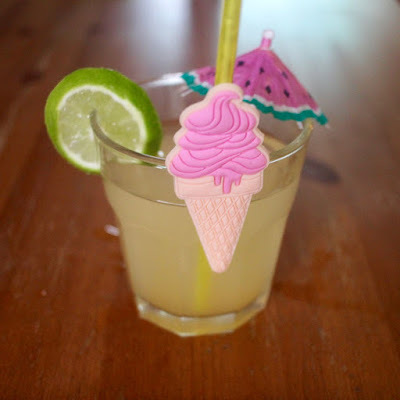 As I have mentioned we haven't had a crop of limes and lemons from our trees this year.  But it hasn't stopped us purchasing citrus occasionally for a glass of lemonade or limeade.  Sylvia quite likes making her drinks look a little fancy.  Like the above limeade. 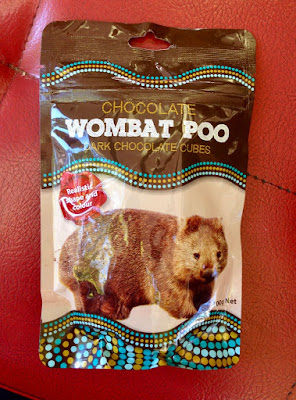 I was quite restrained on our recent Sydney visit.  Very little made its way back to my kitchen.  But I could not resist buying a packet of [chocolate] Wombat Poo.  I was particularly amused by the claim that it was "realistic shape and colour".  Who spends time inspecting wombat poo to make sure the chocolate version is realistic?  It was quite nice and yes, for the curious, it was square in shape as apparently wombat poo is. 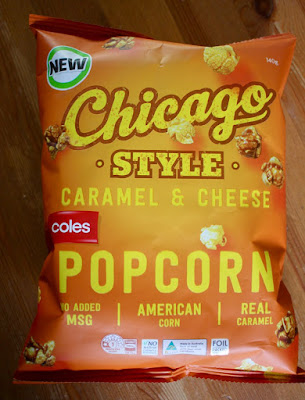 Meanwhile I was fascinated by the idea of combining caramel and cheese in popcorn.  So I feel for the packaging hype.  Or maybe I was just hopeful.  At home we discovered that the popcorn was actually cheese popcorn mixed with caramel popcorn but not cheese and caramel flavouring together.  (And if you think I am crazy to expect caramel and cheese flavours to be combined, check out Joy the Baker's Turkey Gravy Salted Caramels!) 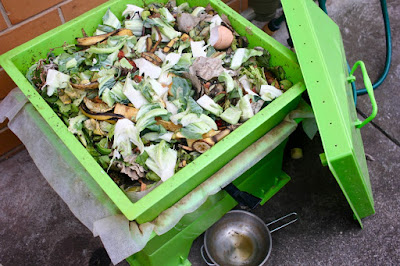 Last year I started a worm farm to reduce our landfill contributions.  There is a lot online about starting a worm farm, what to feed the worms and what to be careful about.  There is very little I have found about individuals reflecting on their experiences (if you do know of articles about this or have experience to share, please let me know in the comments.)

Fortunately for me, my mum and my brother in law have worm farms and have helped give me confidence to fill the bin and not worry about stressing the worms.  It is great to buy a head of cauliflower or bunch of celery and be able to give the trimmings to the worms.  I have been ripping up newspaper and cardboard to keep the worm farm from getting too wet.  The worm juice is great as a regular plant food for our pots.

If you are interested in waste reduction, there have been interesting posts about Celia and Joey's experience at Fig Jam and Lime Cordial and Flicking the V's lately. 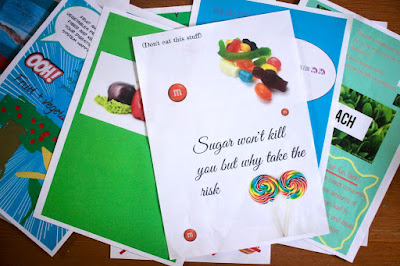 At the end of term, Sylvia's school had a health and wellbeing morning.  Her class developed fliers with healthy living messages which were given to parents.  It seemed that the kids know the right things to say but, as when Sylvia and I talked to a friend recently about how hard it was to give up smoking, it is not always so easy to make change.  We had fun discussing the fliers that night, both the messages and the design. 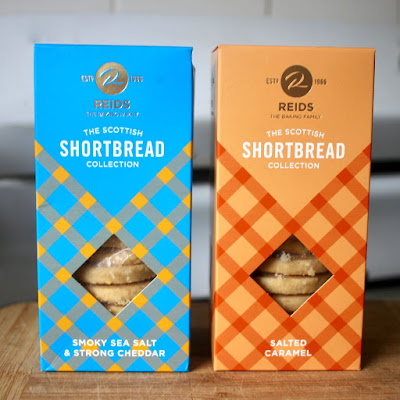 I was hopeful about these Reid's shortbreads from Scotland that I found on sale in North Carlton.  I particularly was excited about finding some interesting savoury shortbreads when I saw the Smoky Sea Salt and Strong Cheddar Shortbread.  But it had too much sugar in it for my liking.  The Salted Caramel Shortbreads were more pleasing but not as amazing as I had hoped because it was shortbread with some caramel chips rather than the whole shortbread being flavoured.  E is always happy to have shortbread in the house and is taking care of them. 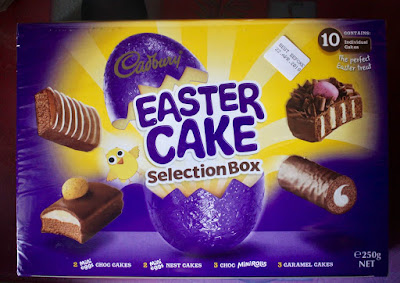 We could not resist a packet of  Easter Cakes from Cadburys.  They were exactly as expected, lots of light-as-a-feather cake with faux cream filling and not much substance.  Great for a quick chocolate hit. 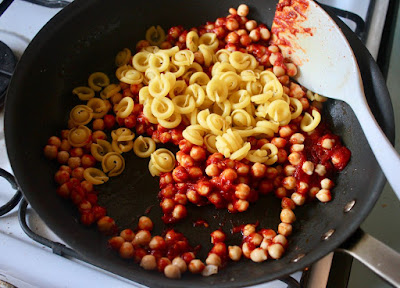 Finally, here is a quick meal I made for Sylvia and me after a day of baking on Good Fridy.  I liked the sound of Smitten Kitchen's quick pasta and chickpeas (pasta e ceci) because it sounded the sort of plain food that appeals to Sylvia.  However I was surprised as I made it to read it served 3 kids or 1-2 adults.  E had to fend for himself with a Sargents Vegetable Pie from the freezer.  Thank goodness the oven was working again!

Now I am off to enjoy the Easter Monday public holiday while Sylvia is staying at my mum's.  There is much to do around the house!

I am sending this post to Sherry of Sherry's Pickings for the In My Kitchen event, that was started by Celia of Fig Jam and Lime Cordial,  If you would like to join in, send your post to Sherry by 10th of the month.  Or just head over to her blog to peek into more kitchens.
Posted by Johanna GGG at 10:48