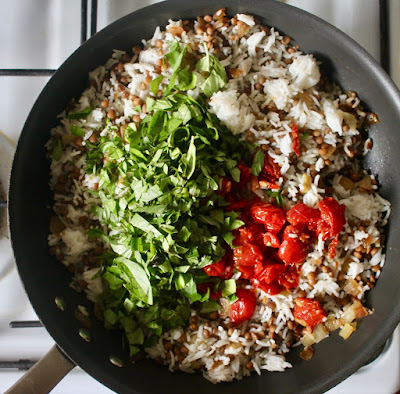 Recently I had tomatoes that were going really soft because they are cheap and plentiful but sometimes negelected in the kitchen.  I left them on the stove to cook slowly and forgot them until they were reduced to a pleasing intensity.  They were great tossed with some tinned lentils and leftover rice.  I liked it so much that I then took it further to use up basil. 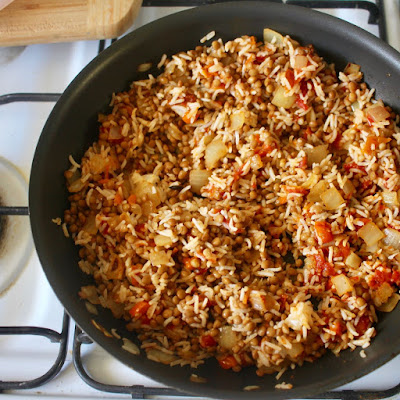 So today I bring you a version of my second go at this dish which had less lentil and tomato but had a gorgeous fragrance from the basil.  I can show you that the tomatoes were really tasty by themselves.  If you look at the below picture you will notice a few tomatoes had been swiped while they sat overnight before I put the meal together. It was a really easy after work meal.  And used up lots of basil which has been growing like crazy.  But as I say in the notes below, it is a pretty flexible sort of recipe.  I would probably do it a little differently next time depending on what is in the kitchen. 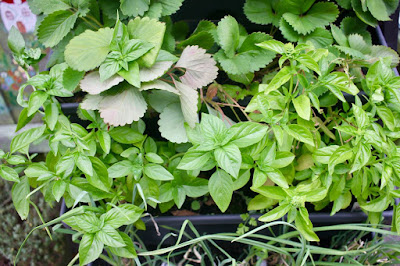 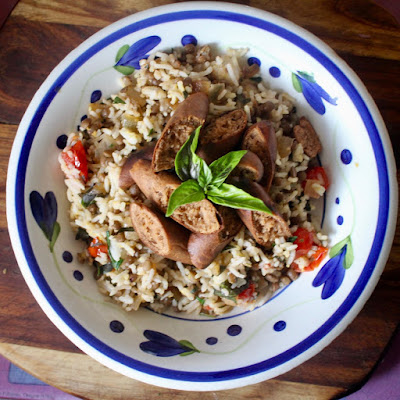 Work has been busy lately so it is fitting that I have some random moments from work to share with you:

I am going to send this to VegHog for Eat Your Greens (co-hosted by Allotment2Kitchen).

Fry cherry tomatoes in 1-2 tsp olive oil in a medium frypan with red wine vinegar, maple syrup and 1 to 2 good pinches of seasoning mix.  Check seasoning and fry 5-10 minutes or until most of the liquid is mostly evaporated.

Place onion, and rice in large frypan and mix until warm.  Stir in tomatoes, nutritional yeast flakes and basil leaves.  Season with a pinch or two or seasoning mix or as required.

NOTES: Many variations are possible.  When I first made this I used more tomatoes including 2 skinned larger tomatoes and less rice.  Basil makes it very fragrant but is not necessary if you don't have it.  I would like to try adding finely chopped spinach.  I fried the oninos and tomatoes the previous night and used leftover rice so it was very quick to put together.

On the stereo:
Ilo Veyou: Camille
Posted by Johanna GGG at 23:26