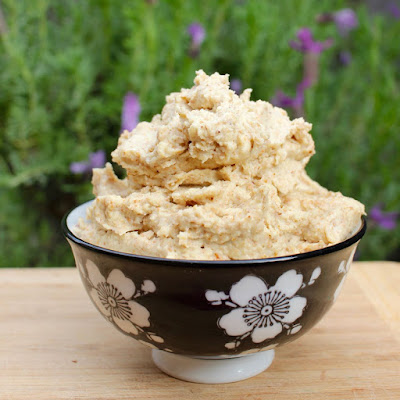 Feta is not a favourite cheese of mine but it does give some recipes a boost.  I have experimented with a few vegan feta recipes and it is hard to replace.  Some I have tried making have been too dry or the wrong texture.  Last year I made vegan feta with raw almonds.  I almost didn't post it because it didn't work in the salad I made it for.  But it was very good as a spread and in sausage rolls. 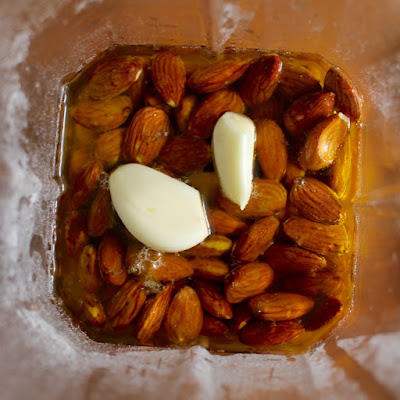 I was reminded of this almond feta when I tried a tofu feta recently and wished it was as good as this one.  It is quite a soft spread.  I think I preferred it to the baked almond feta, which was good, especially for crumbling, but could be a bit dry.  This one was lovely on crackers and sandwiches but was a bit soft for mixing into a salad. 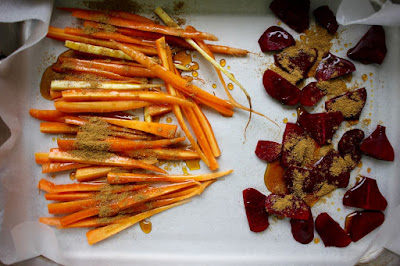 One of the advantages of this recipe was that it is really simple.  Just blend the ingredients.  No faffing about with baking or resting or straining.  It is the sort of recipe to make when you need feta now!

I had grand visions of using the feta in this Quinoa, cashew and honeyed carrot salad.  I had lots of lovely photos of the vegies from the farmers market.  It didn't quite work so I have listed a few more recipes below that I would like to try the feta in, which I think might be more successful. 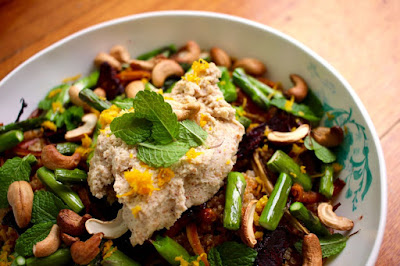 The almond feta looks pretty on top of the salad.  But when mixed through, the salad was just too clumpy.  I have had a few almond feta dishes in cafes where the feta is served in a lot of oil.  Maybe this would make a difference?  More of the feta was enjoyed on crackers.  But there was a lot of it. 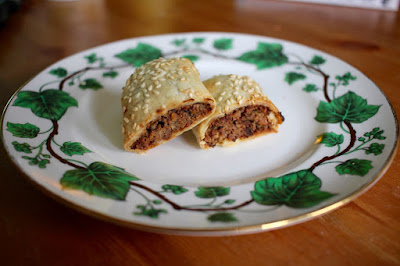 I then used the last two thirds of it in some sausage rolls for my dad's birthday lunch.  I could have used a cup of it in the recipe but as I just used what I had.  It replaced the cottage cheese which is quite creamy.  I then used 9 tbsp aquafaba and reduced the soy sauce to 2 tbsp because the feta was salty.  They worked really well, if I remember rightly (though in my recipe notes I write more about the difficulty of listening to Missy Higgins talking about depression while chopping onions than about how the sausage rolls tasted.)

Meanwhile, I have had a bit more time for cooking this week but need more time to write up some of the dishes I made.  And it is Harmony Week and I had just remembered we are meant to make something for afternoon tea tomorrow at school.  I have made mashed potato at an unholy hour to use in making potato scones tomorrow morning!

I am sending this to Kimmy and Mary Ellen for Healthy Vegan Fridays.

Blend and scrape down a couple of time until smooth.

On the Stereo:
Music from "The Singing Detective": Various Artists
Posted by Johanna GGG at 23:38