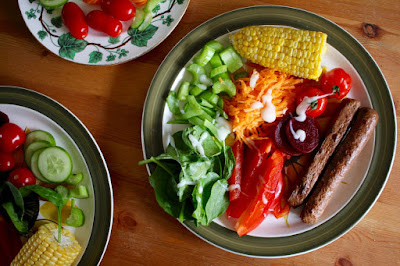 March brings us into autumn with all its mellow fruits and harvest bounty.  Our kitchen hasn't seen lots of new recipe lately.  We have had too much else on with settling into Term 1 of school, celebrating birthdays, and a change of job.  However we are still eating well and enjoying a few favourites.

The above meal is typical of my kitchen lately.  Vegetarian sausages, lots of vegies and some salad cream.  Easy and quick.  I really love the bowl food concept (also sometimes call buddah bowls or nourish bowls).  Whether I am putting together some easy protein or some leftover stew, I find it easier to chop lots of colourful vegies rather than fiddle about with a side dish or salad. 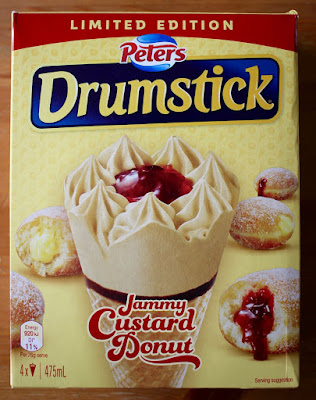 We had a trip to the pool recently and I promised Sylvia an ice cream afterwards.  She chose this box of Jammy Custard Donut Drumsticks. 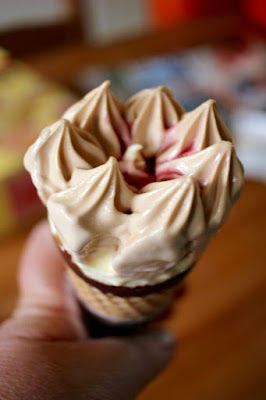 This is how it looked.  I want to know what happened to that glistening blob of jam on top.  Sylvia didn't even like it.  She was not keen on the chunks of doughnut dough in it.  I liked it but had really wanted her to choose the Golden Gaytime one with butterscotch swirls. 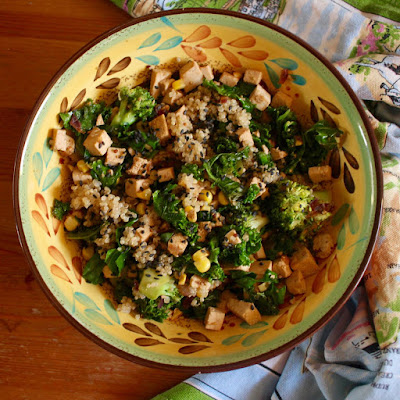 This meal was based on a Sesame Kale Glow Bowl.  I didn't have tempeh so I used firm tofu instead.  It was a nice meal with lots of greens, tofu and Asian dressing on quinoa, but I would be interested to try it with tempeh. 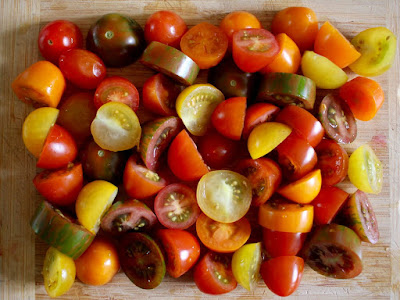 I bought a punnet of colourful tomatoes to gently fry and bake on a puff pastry tart.  The tart was ok but I am not sure it did justice to these pretty tomatoes. 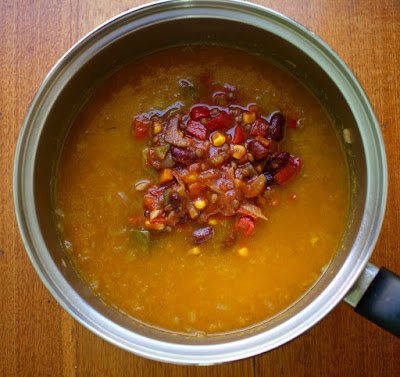 Last week we had chilli non carne for dinner four days in a row.  This is the sort of leftovers that I love.  On the first night we ate it fairly plain.  The next two nights we ate it with tacos and trimmings.  The last night I made pumpkin soup and stirred in the chilli non carne.  The soup was nice but lacked some oomph.  Perhaps if I had remembered to add some salsa it would have been better. 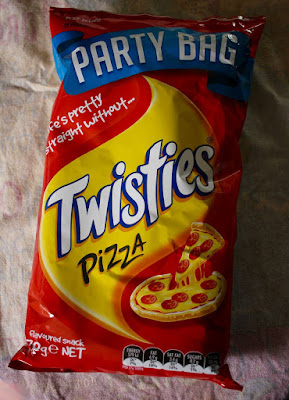 Buying these pizza Twisties was a mistake.  I don't eat Twisties very often (they are like a bumpy twig of a corn chip for those who aren't familiar with this Aussie favourite) but they are a great nostalgic treat.  So I decided I HAD to try the new pizza flavour.  Until I tasted it and decided it wasn't quite so necessary.  I prefer the cheese flavour.  After all, why put cumin in pizza flavouring.  Needless to say, when I then saw taco flavoured twisties soon after, I was quite able to resist. 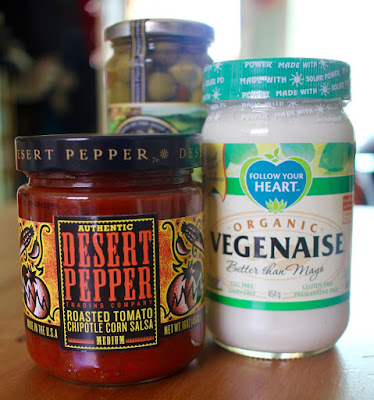 I stopped by IGA in Nicholson Street, Coburg recently.  It is great to get away from the lack of choice at the two monopoly supermarkets that are closer to me.  I found this Desert Pepper roasted tomato chipotle corn salsa, and some vegenaise and a jar of stuffed olives. 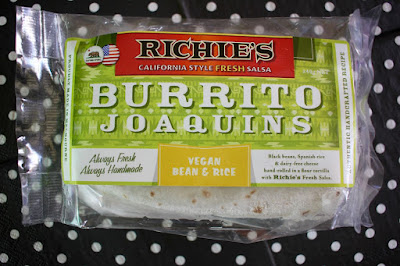 I also found this vegan beans and rice  burrito at the IGA.  It was lovely after being baked in the oven.  The only problem was that I could not get the lid off the salsa I had bought on the same day.  (It took some time another day to get the lid off.)  However I really enjoyed the burrito.  It could easily become a habit.  I thought that Richie's must be an American company.  Then today I saw they had a stall at the Sydney Road Street Festival.  Seems that they are a Melbourne company founded by a Californian. 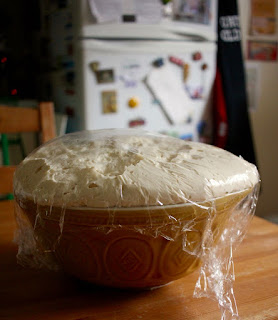 Between the patchy weather and my lack of time, I am pleased to still find time to make overnight sourdough bread, albeit less than I have in the past.  While I have had a few slow rising doughs, the one in the photo went a little overboard with rapid rising. 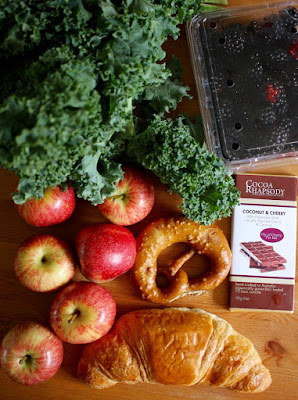 Lastly. we have got along to our local farmers market for kale, apples, blackberries, pretzels, croissants and Cocoa Rhapsody's new Coconut and Cherry Chocolate.  Patty from Cocoa Rhapsody was telling us that they use some of the seasonal produce from the farmers markets in their chocolates.  The blackberries went into these recipes, the kale went into this salad and the apples made me excited about them coming into season.

I am sending this post to Lizzy of Bizzy Lizzy's Good Things for the In My Kitchen event, that was started by Celia of Fig Jam and Lime Cordial,  If you would like to join in, send your post to Lizzy by 10 March.  Or just head over to her blog to peek into more kitchens.
Posted by Johanna GGG at 23:51