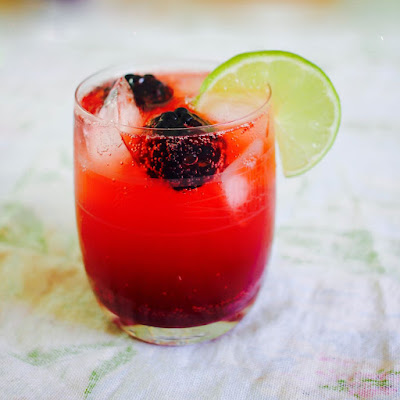 When I made chocolate blackberry cupcakes recently, I didn't read the recipe very well beforehand.  I had though I would make some blackberry syrup and use it in the cupcakes.  As it was, I made over 125ml and used 1 tablespoon of the syrup.  There was plenty over to play with.  We love making our homemade lemonade and limonade at home so I added some to a batch of limonade for a very pleasing change. 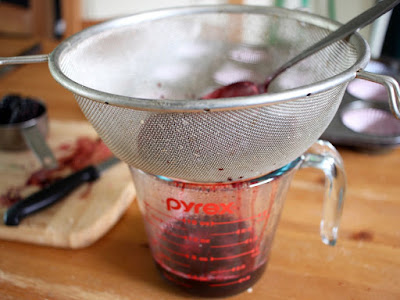 Every now and again, we make this homemade lemonade or limeade to keep in the fridge for a refreshing drink.  I really liked trying this different version.  Some recipes I looked at had more berries in this sort of drink but I was working with what I had.  Sylvia loved it and called it "berrinade" 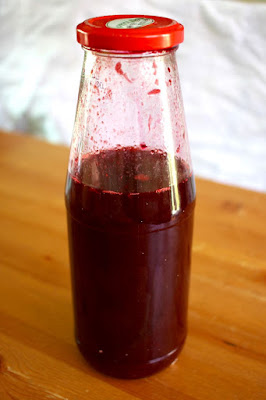 I was really glad to use up the blackberries.  We bought a large punnet of the berries from the farmers market but I haven't had much time for cooking lately.  When we had a school picnic, I made cheese, onion and potato pasties because they are Sylvia's favourite but also because they are easy.  You can see them in the below photo.

Likewise this drink can be made really quickly.  I like the idea of taking along the berrinade but it is not terribly practical nor as popular as the pasties.  Sylvia's friends devoured the pasties but I have found some of them find our lemonade not quite sweet enough.  It is perfect for us. 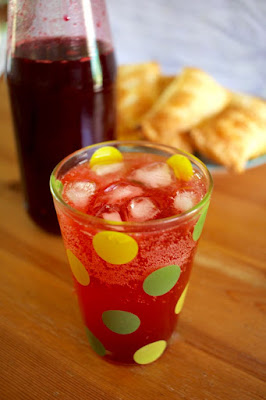 On Tuesday this week I had a day so crazy that I was making dinner in stages between catching up with friends, a meeting at school and work.  It is so nice today not to have life turned up to 11.  I am really appreciating any down time.  So while I stop for a breather, I will share a few random moments from school that have made me smile. 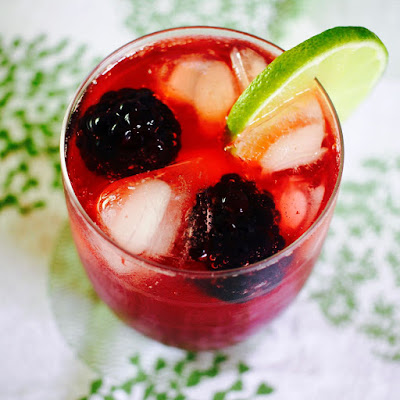 It is constantly entertaining to have a child about.  Last night when we ate tacos, she told me she had forgotten the glory of tacos.  Here are a few of her recent terms that I find endearing.

Heat blackberries with 1/4 cup sugar over medium heat for about 10 minutes.  Strain to make about 1/2 cup blackberries syrup.  (Keep the pulp for baking such as these cupcakes.)  Meanwhile gently heat tap water and sugar until sugar dissolves.  Mix blackberry syrup, sugar mixture and lime juice.

To make up a glass we poured about 2 tablespoons of this mixture into a 250ml glass and filled it to near the top (ie added about 2/3 to 3/4 cup) of soda water.  Of course this can be altered to taste. If you wanted to be fancy you can add blackberries, ice blocks and put a slice of lime on the side or a wedge in your drink. We kept ours in the fridge for about 2 weeks.