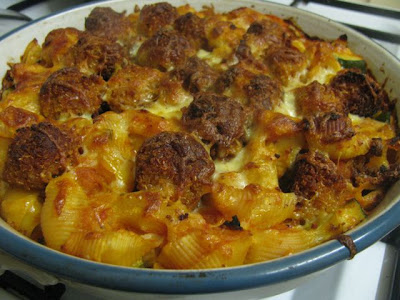 This week I had bought quinoa and I wanted to make sausages. I could only find burger recipes so decided to go with this Smoky’n’Spicy Lentil Potato Quinoa Burgers recipe. Except I didn’t have enough potatoes. Then the burgers were going to be rissoles with gravy. Finally I fried them and cooked in a pasta bake. I hate even shallow frying so after doing half the recipe I baked the rest as a loaf. The mixture was ok but the bake was great. 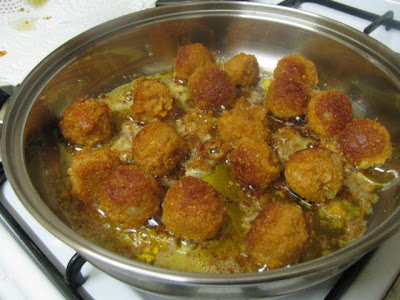 I have recorded what I did as a work in progress because this blog is really about what I do rather than recipes that are triple tried and tested. The blog is about my journey rather than my results. The pasta dish was excellent comfort food. The next night I didn't bother with pasta and just served the mixture mixed with tomato sauce topped by steamed vegetables (including Sylvia's leftovers). I liked that the mixture was full of protein, vegan and gluten free but it needed some more vegetable for a bit of added moisture.

It has been one of those weeks where work has been draining due to small tasks blowing out into herculean labours. I have cooked with Sylvia emptying the tea towel drawer at my feet. She has put away tins of chickpeas in the right place in the pantry and then taken them out again. At least I can come home and have her remove my shoes and fetch my slippers. Yes, there are some benefits to a daughter with a shoe obsession. 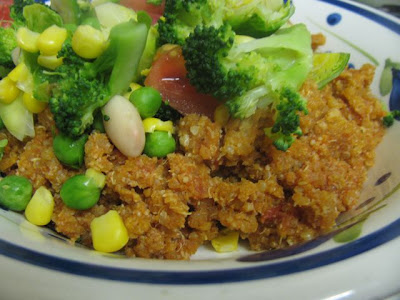 It is also a week in which the country has shown it is more interested in food than politics. We have the debate between contenders for leadership of our country on Sunday but it is televised early so it doesn’t clash with the Masterchef finale.

Speaking of Masterchef, I have promised E to throw bricks at the television if Callum wins. He is a sweet kid and a good cook but if he won it would be like the apprentice running the restaurant while the chef peels piles of potatoes. He lacks Marion's inspiration, Jonathan's technique and Aaron's attitude. This year, with serious contenders being eliminated far too early, it seems that luck is as important as skill in the contest. However, I have grown to appreciate Adam’s skills and attitude, so if he wins I will be somehow content. 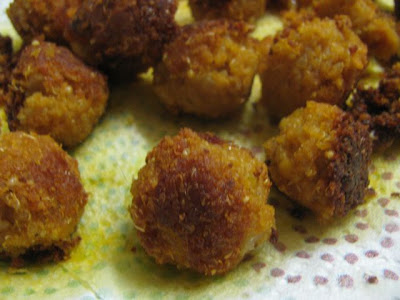 Place quinoa in a small saucepan with 1½ cups of water and cover with a lid. Bring to the boil and then simmer for about 15 minutes. Turn off the heat and leave lid on another 5 minutes.

Heat oil in a small saucepan and fry onion til golden brown. Stir in garlic for a minute. Add lentils, salt and 1½ cups water. Cover with a lid, bring to the boil and simmer for about 10 minutes or til lentils are cooked. My lentils were starting to stick to the bottom after 10 minutes so I left it sit off the heat with the lid on for another 5 minutes.

Mix lentils and quinoa with remaining ingredients (except oil) and roll into small balls the size of walnuts. Fry in about ½ cm of oil for 15-20 minutes til crispy and drain. Or cook as burgers or in a loaf tin.

I served the balls (using half the mixture) by baking with pasta, tomato sauce, pumpkin, zucchini and mozzarella.

I crumbled the loaf I made with the other half of the mixture, mixed it with some tomato sauce and served it with steamed vegetables.