NCR Zucchini Salad and a Digression 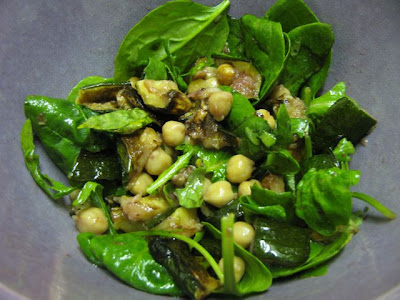 It’s been a funny old week. Not much action in the kitchen. Monday I worked a long day so I didn’t have to work a half day on Tuesday. By Wednesday when I was roasting potatoes, the kitchen seemed incredibly hot and I realised it was me, not my oven. I spent the rest of the week feeling poorly. I was even most appreciative of child care on Friday so I could take a proper sick day without Sylvia. 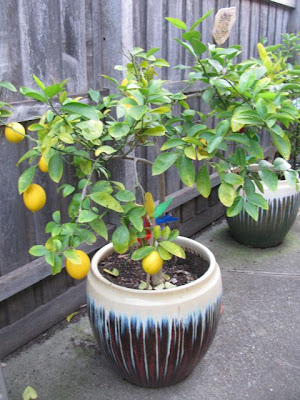 Heat was not the only thing to bother me. I couldn’t stomach strong flavours. On Wednesday I had planned to make a zucchini salad for Jacqueline and Lisa’s No Croutons Required event. I was happy when the theme was zucchini (or courgette) because they are always around in my kitchen. I have long been inspired to make a blueberry vinaigrette after seeing Lisa make one. But having lots of lemons on our tree, I turned to Vikki Leng’s Quick Berry Dressing as the inspiration but made so many changes that it was unrecognizable as her recipe. 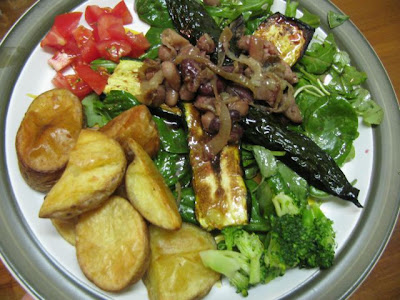 The salad was ok but too flavoursome for me. I think the main problem is that I used some beans that I had fried up the previous night with onions, a dash of cumin and a dash of cinnamon. Too many onions, too much cumin and too much cinnamon! I also found the large slabs of zucchini not to my liking. But it was a good accompaniment to these roast potatoes! (NB Sylvia loved the latter, even grabbing them off our plate after she finished hers but wouldn't eat roast potatoes at child care the next day) 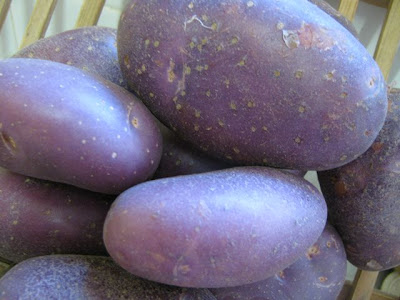 Here I must digress to have a whinge about supermarkets. These potatoes had a glorious purple skin. It faded to grey upon cooking but I still thought they deserved a poetic name. However they were just given a dull generic “Coles roasting potatoes”. What a cop out! I am sure they have a far more interesting name that should be shared.

Not to mention my problems with supermarket tomatoes. Too many times recently I have opened a Coles brand diced Italian tomatoes and found they are whole tomatoes. I also bought some tomatoes in a hurry last week (trying to forget they are out of season because Sylvia loves them). When I got home they were quite bland. Maybe I would have been warned if I had read the label that said that they were “field grown as nature intended” and “no mess”. That seems like having your cake and eating it too. Or like my brother’s shower gel that claims to make you a wildly masculine and moisturise your skin. 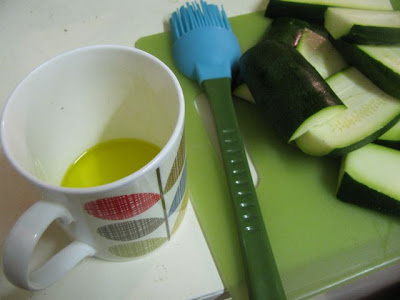 Speaking of fickle folk, a new food critic arrived in my life last week. My brother texted everyone on Thursday evening saying that they had been told his wife would probably not have her baby till next week. He then texted on Friday to say that a daughter Ashton was born in the wee hours of the morning. 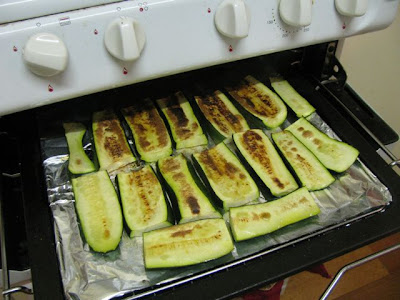 Enough digressing and back to the salad. While it wasn’t an overall success, I loved the blueberry dressing. It was fruity and tart. Just the sort of clean, crisp flavours I needed. So a few days later I revisited the salad as I was beginning to feel better. This time I kept it simple and just had green leaves and plain chickpeas. I also chopped up the zucchini after grilling it. I served the salad over cheese and spinach tortellini. It was excellent, like a warm pasta salad. 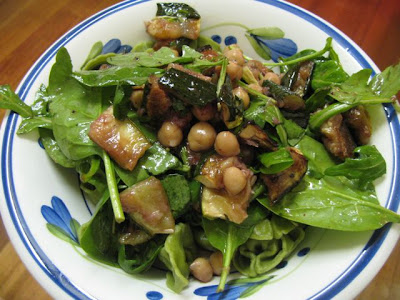 I think my ill health was of benefit to this salad. It prevented me throwing in all sorts of ideas from the maelstrom in my head. Even later I kept thinking maybe it needed a little mint, or feta, or sundried tomato, or fresh tomato, or spring onion and on and on. But in the end I think the salad was better for its simplicity.

Zucchini, Greens and Chickpea Salad with Blueberry Dressing
serves 4, as a side dish
Blueberry dressing:
Slice the zucchinis lengthwise into 0.5cm thickness. I also cut mine in half because I found them easier to handle but that is not essential. Place on a tray to go under the grill (that is broiler to Americans but they could also be barbecued).

Put a tablespoon of olive oil into a small container – a tea mug will do – and a pinch of salt (add more if needed but I think this is enough of both). Brush zucchini slices with oil and salt. Grill til golden brown and then turn over, brush with a little more oil and grill til second side is golden. I tried to time this but it takes a while – enough time to play with putting shapes in the right hole with a toddler – over 20 minutes on my griller, though I did it on a low heat.

While zucchinis are grilling, make the dressing by sieving the blueberries to get the juice (I discarded the skins) and squeezing the juice from the half lemon. Mix blueberry juice and lemon juice with remaining ingredients and mix well either with a little whisk or by shaking in a jar or even just using a fork and some elbow grease (but don’t add the elbow grease to the dressing).

When zucchinis are cooked and still warm, dice and throw into a medium salad bowl with green leaves and chickpeas . Pour dressing over zucchini mixture and toss to coat. Season to taste. This was excellent served over warm cheese and spinach tortellini but I am sure it can be served many more ways and would keep well overnight in the fridge.

On the stereo:
Sulla Terra: J. Orphic
Posted by Johanna GGG at 11:55