Some time back I had a comment from a reader called Sarah who asked about advice for friends of hers who had just found our that their little girl had coeliacs disease. She asked, not because I am gluten free (and I am not for those who are wondering) but because I have a niece and a sister who are.

My advice is not comprehensive as I am no expert and there are other websites with such information (see list below). Below I will share some of my family's experiences in accommodating those with GF diets. I have thought it over, talked with my family, and written some suggestions for Sarah's friend here. I hope it might also be useful for other GF beginners or those like me who are cooking for friends and family who are GF.

It will get easier
When you start out eating gluten free or even cooking gluten free for friends and family, it seems like a huge task. Just remember this too shall pass. It will not always be this hard. When my sister first started a GF diet, she found GF bread inedible. After looking around she found a bread that she liked and she has started to appreciate the taste. Looking around the web, you will see everyone cooking GF has different preferences so you need to find your own way - what foods are you most comfortable with. 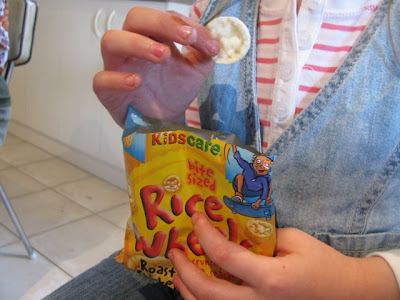 Be vigilant
Gluten is sneaky and gets into all manner of foods. It lurks where you would leak expect - baking powder, icing sugar, soy sauce, spice mixes. Familiarising yourself with what is and is not GF and then reading labels vigilantly is important in the beginning. We have found that some regular ingredients are GF but only in some brands so it is a matter of getting to know which ones. After a while, you will feel more confident and not need to read labels quite as much.

Embrace the range of grains available to you:
People I know who have gone gluten free will mourn the foods they can't have but learn to embrace many new foods. When life revolves around wheat, it is hard to believe just how many grain, legume and nut flours are available to us. I personally am intimidated by the huge range of flours that some of the experienced GF bloggers use but I have gradually started using some of these (see below photo of my stash that is taking over the fridge). 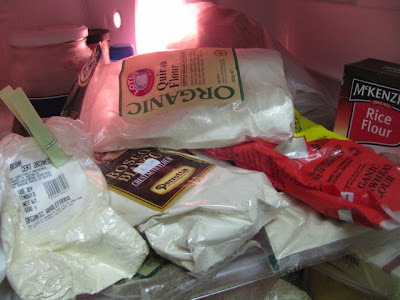 I prefer using a few tried and trusted GF flours such as besan, soy, buckwheat and cornflour. For example Ilva kindly shared her discovery that besan flour (also known as chickpea flour) can be used as a substitute for wheat flour in brownies. Almost as good are the Awesomely Delicious GF Pumpkin Brownies which are also vegan and use only cornflour and rice flour.

I love the diversity of flours and that they all taste different. I found the Gluten Free Goddess most helpful in getting to know the different sort of flours and being able to balance heavy, rich and light flours (and have recently discovered Gluten Free Girl's guide to GF flours). This knowledge has helped me substitute the flours I have for those in recipes rather than running out to buy new flours for every new recipe. It doesn't always work but GF baking is still a bit of trial and error for me. More recently I love the idea of Ricki's mix and match GF flours (grains, starches and beans) in her pancake recipe.

I have also seen bloggers using nut flours. I have yet to come across nut flours but what what I have read, it seems they are different to ground nuts because the oil is taken our to dry them out more. 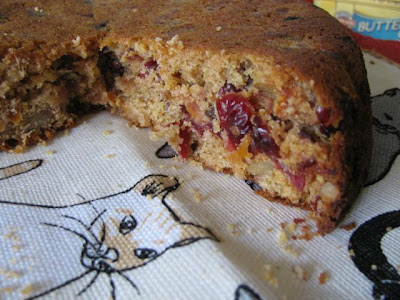 Get to know your GF flour mixes
I know some like my sister prefer using just a commercial GF flour mix. A word of advice about GF flour mixes. Wheat flour has one type of flour. GF flour mixes are all different because there are so many flours to choose from. I suggest you read the labels so you know what flours you are eating if you buy a commercial mix. You may need to try different commercial mixes (or even mixes at home) to find what you prefer. My sister's favourite is Orgran.

Get to know what you are missing in Gluten flours
I was told by someone (I don't know who so it could be just an urban myth) that wheat flour is far richer than many gluten flours. So you might want to think about extra flavouring (such as vanilla or cinnamon) or some rich flour (such as soy) to make sure that your baking still has this richness.  Or check your GF flour mix has a comparable nutritional profile to wheat flour.

Or are you missing the binding powers of gluten strands and need to think about some xanthum gum like Kim found. Dan Lepard adds the psyllium husk to his GF White Bread. Or you may just accept that your gluten free bread will be dense as Breadchick did when making a GF no-knead hearty sandwich loaf.

Identify GF friendly cuisines
If you live in Australia like me, or a Western country, you might find that wheat bread is the staff of life. Fortunately it is not so in every part of the world and you will find some cuisines are very GF friendly. Japan has a lot of rice and soba noodles (made of buckwheat - but beware soba noodles with wheat). India has lots of rice dishes. Mexican dishes have a lot of corn based tortillas and tacos. South East Asian dishes often have rice, rice paper rolls and rice noodles. Even in our Western cuisine - many soups and salads are GF and potatoes can often give the substance that wheat provides.

Think about eating out strategies
Friends of mine on a GF diet will suggest which sort of restaurant is better for them if we are eating out (see Identify Different Cuisines section above). But they also often have risotto in an Italian restaurant and flourless chocolate or flourless orange cake off the cake display. They might get a little tired of the same old thing but at least they know they can order something substantial. This is particularly important when there are still many restaurant staff with a poor knowledge of GF foods. I have even had friends who are quite bold in suggesting dishes to the waiters. Ringing ahead and finding 'safe' places to eat out is advisable but not always practical.

Take food to social gatherings
When going to a social gathering, remind the host the you are GF and ask if you can bring some food. Be selfish and suggest taking along something you want to eat. Eg if you are tired of never having a dessert at a dinner party, suggest you bring a dessert. 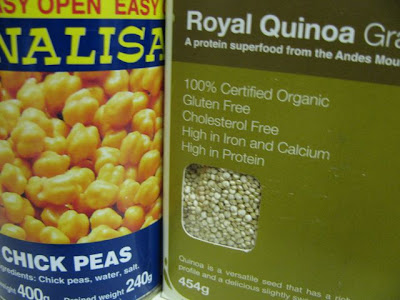 Educate your family and friends
You might find that those around you have good intentions but that gluten gets in under the radar. Always check if you are unsure and be gracious when others get it wrong. Warn people in advance and let them know some common pitfalls. (eg see Kristy's advice to those coming to a gluten free potluck.) It gets tiring reminding people that you are GF but those close to you will get better at it.

Some of the foods that are helpful to us
It sounds obvious, but we have found there are foods we eat regularly that are already GF or need very little alteration to be so. Here are some foods that appear in our family a lot. 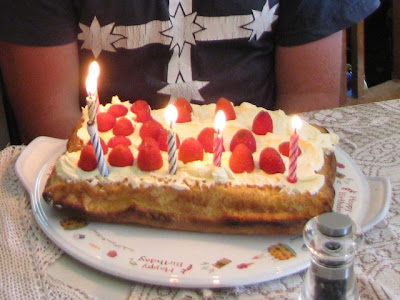 More tips and experiences from my family:
Despite all this, my little GF niece Grace eats and eats and is often hungry, she still has days where she wants to be like everyone else, and my sister finds herself spending more on GF foods that Grace refuses to eat. From my observations, it is hard at times but as Susie and Grace have gotten used to it, it has become more of a lifestyle and less of a burden.

So to Sarah's friends, I say give it time, it will be hard sometimes but the more you find (or fight) your way in the maze of GF foods, the easier it will become. 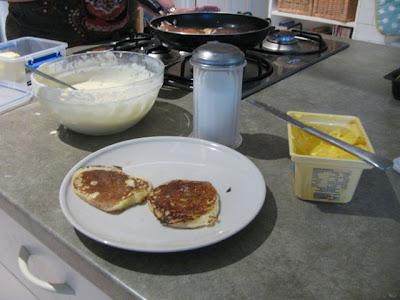 Resources:
I am not listing my gf recipes but if you look in my index you will see that I have marked those that are GF and/or GF friendly with (gf) and I have a list of favourite GF recipes in my index of favourites. Here are a few other blogs with good info and good recipes:
GF Flour Mixes:
Recipes: