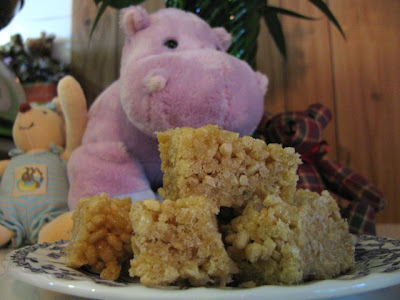 Recently I have been seeking an elusive memory of a slice made of rice bubbles soaked in honey. Was it made by the mother of a childhood friend, or bought from a cake stall or even made in a student household.? I can’t remember but it is unlikely I had it in a café. It is not an impressive sort of slice. It was on the tip of my tongue, literally.

Last year I bought a Country Women’s Association (CWA), Victoria cookbook called The A to Z of cooked and uncooked slices. I like the homely feel of the cookbook which has no pictures and 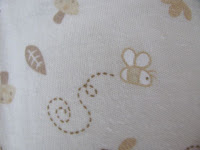 includes quaintly-named slices like Joan Collin’s Slice, Kiddie’s Delight and Churchill Squares but I would like an index. The recipes are obviously family favourites of CWA members and are full of great ideas, if not terribly healthy. I also love the home hints at the bottom of each page because when I was young I always loved the home hints column in the Australian Women’s Weekly.

My first attempt at a honey bubble slice was a dismal failure. I found a recipe that looked interesting. We don’t habitually have rice bubbles in our house so I bought a smaller organic packet of rice puffs which was more expensive and tasted horribly stale. Then I mixed it with honey and peanut butter and dried fruit and it tasted awful. I was going to throw it out but E bravely made his way through a lot of it. I think he liked it. 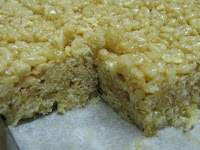 I lost interest until I surrendered and bought a box of regular rice bubbles for the Mars Bar Slice. Then I had to find ways to use the rest of the packet. So I thought I would try again at this honeyed memory. I returned to the CWA cookbook and found a slice with the cute name of Pooh Bear Honey Slice. It had ¾ cup of honey. This seemed a lot but I was game.

It was an easy melt and mix slice, like the mars bar slice. The recipe called for wheat bix but rice bubbles were a fine substitution. The result was a tooth achingly sweet and sticky, full of the intense honey flavour that I was seeking. It is not something that you can eat too much of but is pleasing in small pieces. I even wonder if I could put a little less honey next time. 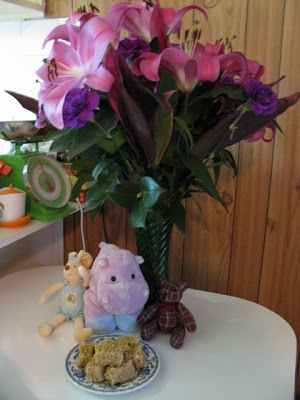 The name, Pooh Bear Honey Slice, would appeal to literature’s greatest lover of honey. Yes, the small bear who said, isn’t it funny how a bear loves honey, buzz buzz buzz I wonder why he does. When I was young we didn’t have DVDs but we did have stories on vinyl records. My best friend had Pooh Bear stories on vinyl and I remember listening to over and over (and trying not to bounce around the room so vigorously that we scratched the record). By sheer coincidence on the day I made the slice, Sylvia was wearing her Pooh Bear suit from her Scottish grandparents. So you will understand that I felt compelled to take some photos of her suit and her toys for this post.

Melt butter and honey in a large saucepan and simmer for 5 minutes. Add remaining ingredients and stir to combine. Spread into a slice tray (18 x 28cm). Set in the fridge for a few hours and then cut and serve at room temperature. Mine lasted a week in an airtight container out of the fridge and probably would have lasted longer.

On the stereo:
The BBC Sessions: Belle and Sebastian
Posted by Johanna GGG at 10:50