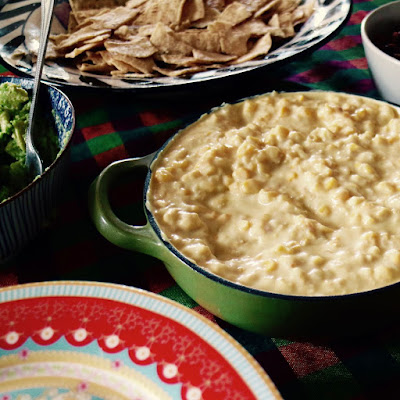 Last weekend we had a family meal to celebrate birthdays and my mum's return home after visiting my sister in Ireland.   The theme was Mexican.  I made my favourite rapid refried beans and tried a new cheesey corn dip. 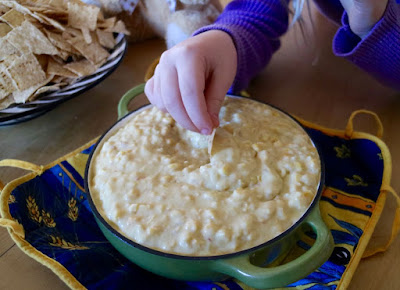 I'd wanted to try this corn dip for a while.  In my head I had been sure it was Mexican.  Once I made it, I was less sure, even with adding some chilli paste and cumin.  However it still fitted well with the meal.  When we got to my parents' house, we had some of the dip and corn chips as a starter. 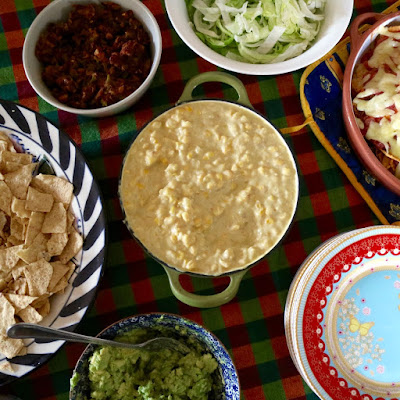 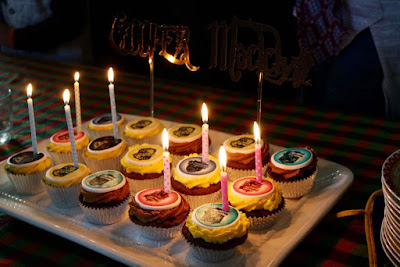 Dessert followed.  My mum had only stepped off a plane from the other side of the world a couple of days previously so she only made a toblerone cheesecake (as well as a few savoury dishes).  And my sister in law brought along some Harry Potter cupcakes and leftover cheesecake.  I was glad we went easy on desserts before I rushed up to Melbourne for my book club's high tea spread.

The dip was quite popular but I had made a lot of it.  Even after giving my mum a tub of it, I still had quite a lot of it.  Later in the week I mixed the rest of the dip with cooked pasta, cooked broccoli (not enough) and a bit of cream cheese and marscapone.  Topped with golden melted cheese, it made a really wonderful pasta sauce. 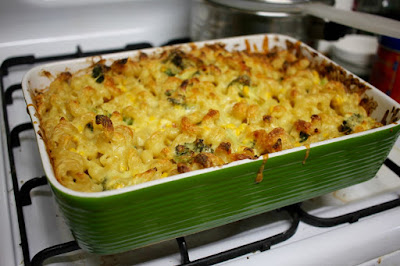 Now if you will excuse me, I have a Christmas in July lunch to plan, the end of the Janet King series to absorb, and the discovery that Del.icio.us.com is no longer accepting bookmarks because it has been taken over by Pinboard that requires a yearly fee.  (Perhaps it is time to try Diigo - thanks Kimmy.)

My good intentions of cooking a French dinner for Bastille Day today have gone like snow on the water.  At least the school holidays are officially over so next week I might find a little extra time to organise my life.  If only I had a big pot of dip like this one in the fridge!

Heat olive oil and butter over low heat and fry onion while you chop the kernels off the corn cobs.  Once onion is soft stir in garlic, cumin and chilli paste for a minute.  Then add corn kernels.   Scatter with flour and cook a few minutes.  Pour in milk and cook until the mixture boils.  Add in cheddar cheese, cream cheese and lemon juice.  Season to taste.

Serving suggestions:
Serve warm or room temperature with tortilla chips.  Or stir through with cooked pasta, cover with grated cheese and bake until cheese is golden brown.

NOTES: I used margarine and soy milk.  My soy milk is slightly sweet so I added 1/4 tsp salt.  During cooking I was concerned I should have used less milk and/or less cheese but in the end I liked it as it was.  The recipe should be pretty easy to make gluten free by substituting GF flour.  It could be made vegan by using plant milk and vegan margarine, and either using vegan cream cheese and grated cheese or thickening and giving extra flavour to the sauce and leaving out the cheese.

On the Stereo:
The Black Orchid String Band - self titled