Parenting wins: A bowl of marbles, a box of coco pops and a diary 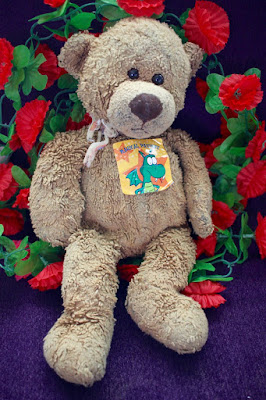 It has been a year of challenges with our 7 year old Sylvia.  Thank goodness for the little victories!

Her sleep and behaviour were very unsettled after we spent a month in Scotland at short notice following the death of her grandfather.

When we talk about children's progress it often is spoken about as a linear development, whereas my experience is that it is two steps forward and one step backwards.  I can't tell you the number of times I feel I have got a routine going and then something upsets it.

Today though I am going to share some little victories we have had along with some strategies that have been working. 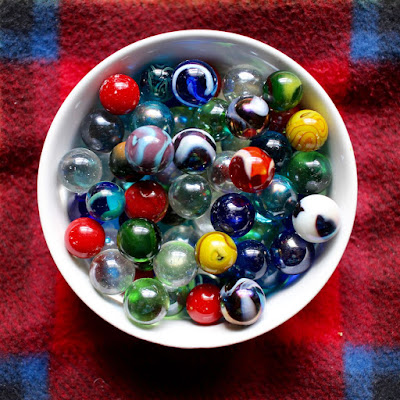 A bowl of marbles

One of my favourite recent strategies for managing behaviour has been a bowl of marbles. We have two jars.  One labeled 'good behaviour' and one labeled 'bad behaviour'.

We have tried to reward good behaviour with a marble.  This can be difficult as it is sometimes hard to work out what to reward and what behaviour we want to just accept as the norm.

Where the good behaviour jar has been really useful has been targeting behaviour we really want to encourage by giving a marble.  Getting ready on school mornings has been a struggle with lots of meltdowns.  We have identified activities that Sylvia can improve on doing quickly and independently.  She is offered a marble for each.  Mornings have been so much easier with a bowl of marbles.

The bad behaviour jar is used when Sylvia's behaviour is unacceptable.  This can be when she speaks rudely, disobeys or throws something across the room.  It has been great for us in helping to stay calm when she misbehaves.

While we have talked about consequences, it is not always easy to identify an appropriate one.  The marble is an immediate consequence that is both easy to see (in the level in the jar) and has a very satisfying clink when the marble lands in the jar.

Sylvia has been known to put in a pre-emptory marble on a few occasions before she is knowingly naughty.  I have had to stop myself laughing at the cheekiness and console myself that at least she knows her action is not acceptable.

At the end of each week, we look at the marbles and if the good jar has more marbles, Sylvia gets a lunch order (ie can buy her lunch instead of taking her lunch to school).

The system has been working because a) Sylvia chose to use marbles; b) we are able to talk about her inappropriate behaviour while also acknowledging and valuing good behaviour; and c) the marbles are a useful visual representation of behaviour.

Of course, it isn't the answer every time.  We still  have other carrots and sticks in managing her behaviour but the bowl of marbles has been a really helpful system. 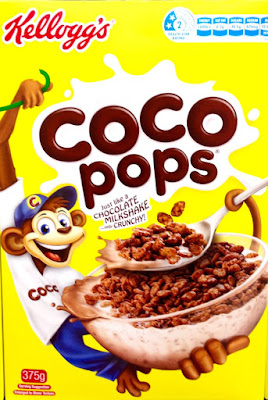 A box of coco pops

I feel a little more conflicted as the coco pops strategy because I think this chocolate flavoured cereal is terribly sweet and not what I consider a good breakfast.  But we have found coco pops helpful in discussing food choices with Sylvia.  While holidaying in Scotland, we all ate too much sweet food and have needed to get back into better habits.

Sylvia pestered and pestered ... and pestered.  We finally bought a box of coco pops for Sylvia on the understanding that she only had a little with rice bubbles.

I had feared that it might just get her into bad habits of expecting to have coco pops for breakfast.  However I had told her it was just one box and after that it would not be bought again.  Since we finished the coco pops she has not asked for more.

Even more pleasing is that she is still deciding (sometimes with prompts) when she has sweet foods in the day rather than expecting to eat sweet foods for breakfast, lunch and dinner. 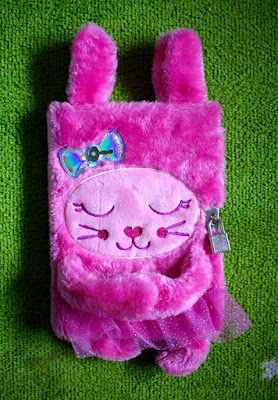 This story is about managing money and purchases.

Earlier this year I told Sylvia that her job in the house was to put away the washing.  Each time she does, we give her 50c.  I know that experts advise giving jobs earlier and not paying for them.  However this was the right time for us.

I chose to give her some money for the job as she loves getting money.  I did not want to give her so much that it was the only reason she does it.  We have discussed that this is her job, just as her dad and I have jobs to do around the house.

Months ago, Sylvia asked for a furry diary at Smiggle.  I said no.  However, I said she could save up for it.  As well as her money for putting away the washing, she has found coins behind the sofa and done a few other jobs for money.  Amazingly enough, she remained focused on the diary and saved up $27.

Sylvia had to leave school early for a dentist appointment a few weeks back.  She is not so keen on the dentist.  (It took a few visits before she would open her mouth for any dentist.)  So I promised her that after the dentist, she could visit a Smiggle shop that was on the way home.

It made me feel proud to see her in the store, looking at the prices for the diaries and other stationery as she decided exactly what to buy with the money she had saved up.  Taking her to Smiggle was an easy reward to give and it really delighted her.  It also gave her great maths experience and independence.


Finally
As I have said, children take two step forward and one step backwards.  On the weekend Sylvia went to a party where the group went to the cinema on the train.  I gave her $5 in case she needed money for train fares or any other small things.  She came home having spent her money on a bag of Maltesers at the cinema.  Sigh!  Parenting is a long journey!  Yet it is good to have some little victories and remind us we are getting there!


I'd love to hear of any strategies that work for you or parenting wins you have had.  Or what strategies did your parents use with you that you now respect?