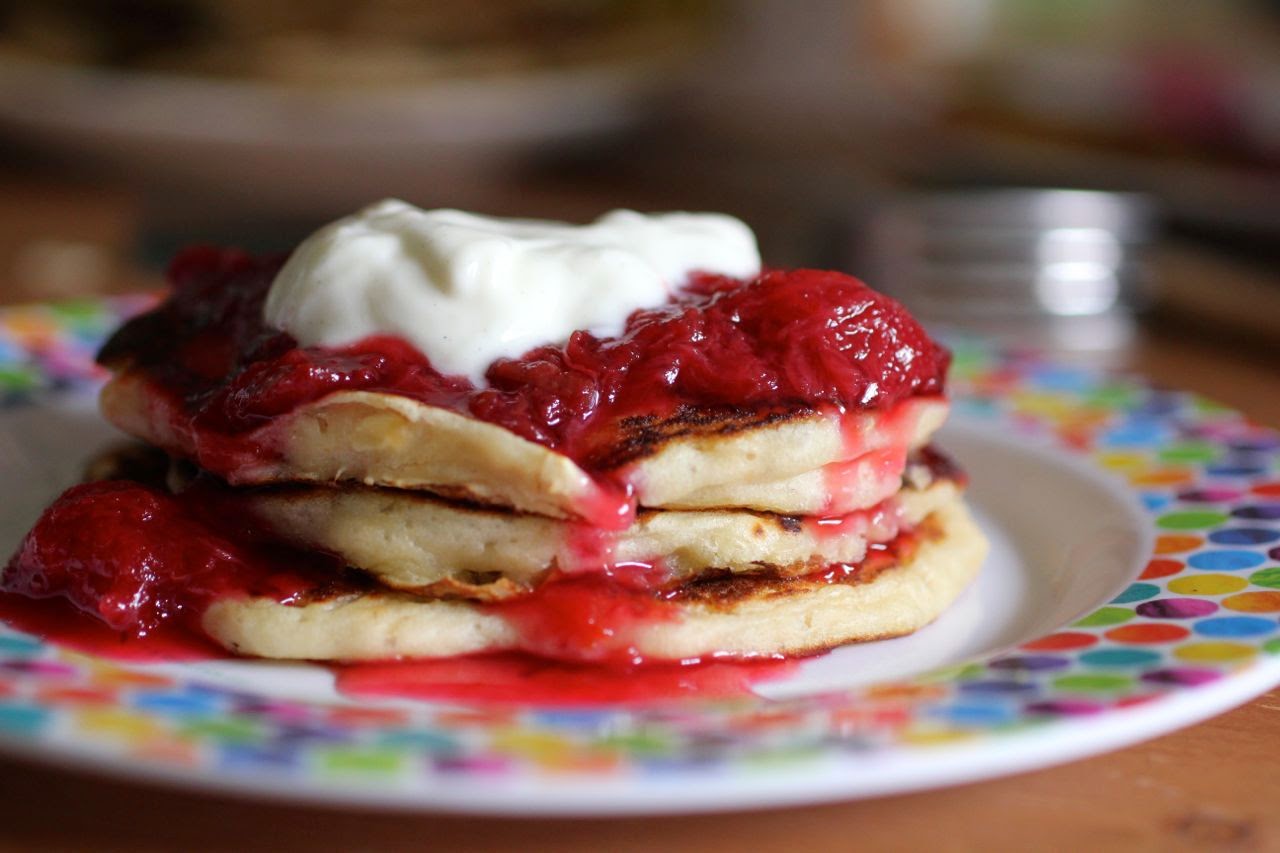 It was a cool autumn morning with a banana to use up.  That calls for banana oat pancakes.  This is my easy way of using up smelly old bananas and pleasing Sylvia.  I hadn't been baking much sourdough bread.  I don't like to discard the starter so I just feed it up and find a purpose.  Usually that is flatbreads.  I thought I would try tossing it into the pancakes. 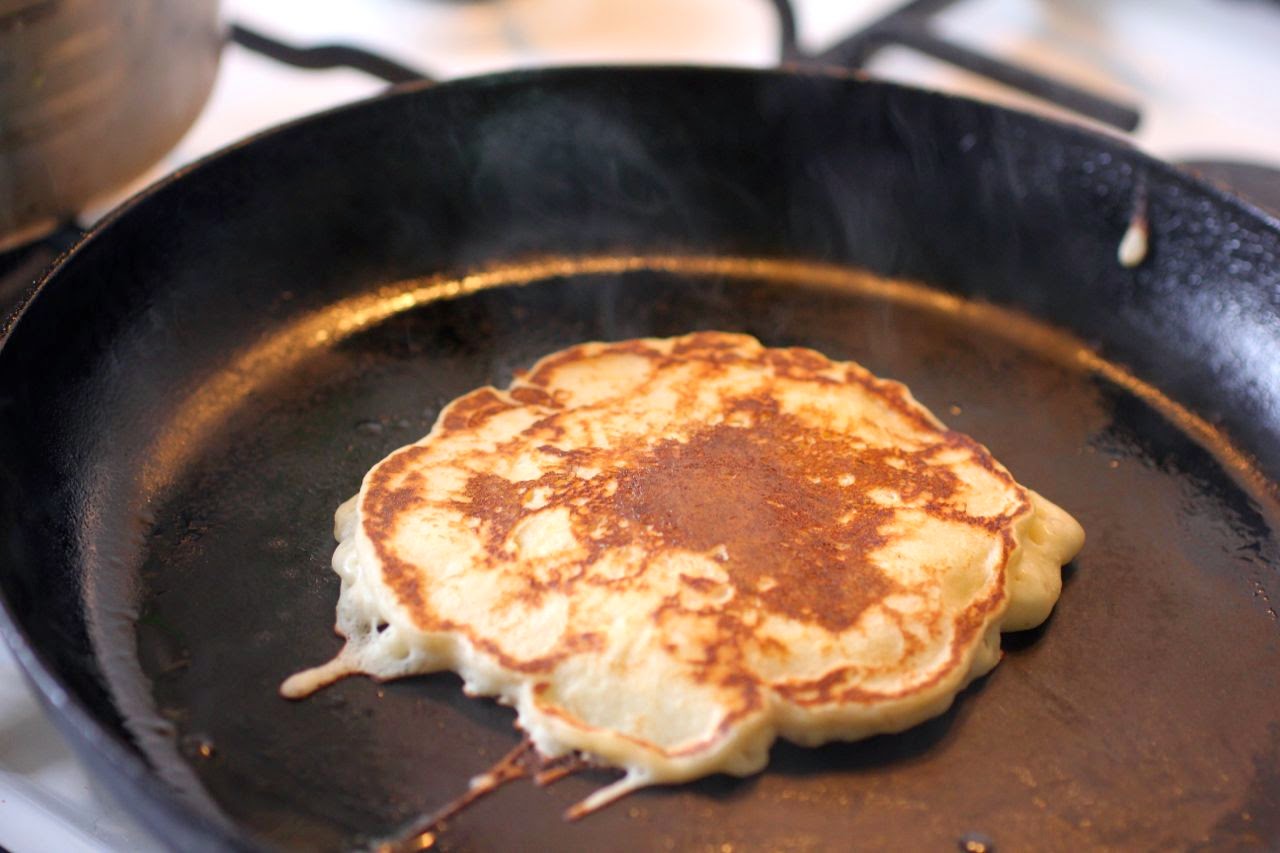 Most of the pancakes were small but I made a large one at the end when I had had enough of frying.  However, they fried quite quickly and soon we had a plate piled with pancakes.  They were a bit flatter than my usual version and also not overly sweet. 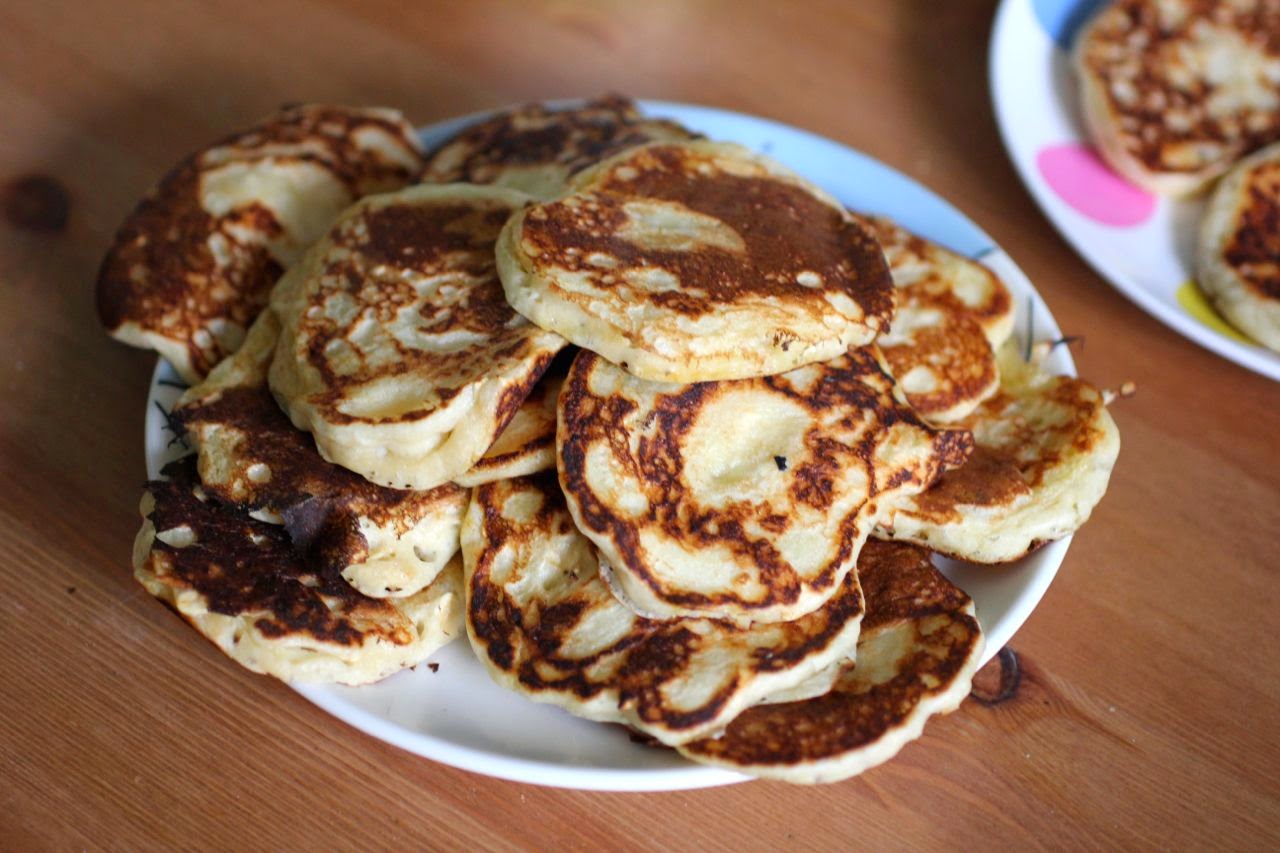 I had stewed some plums the night before.  This meant the pancakes were fancier than the usual lemon and sugar or maple syrup.  I had a pile of three pancakes with plums and vanilla yoghurt.  It was scrumptious.  Then I had seconds.  And was very full. 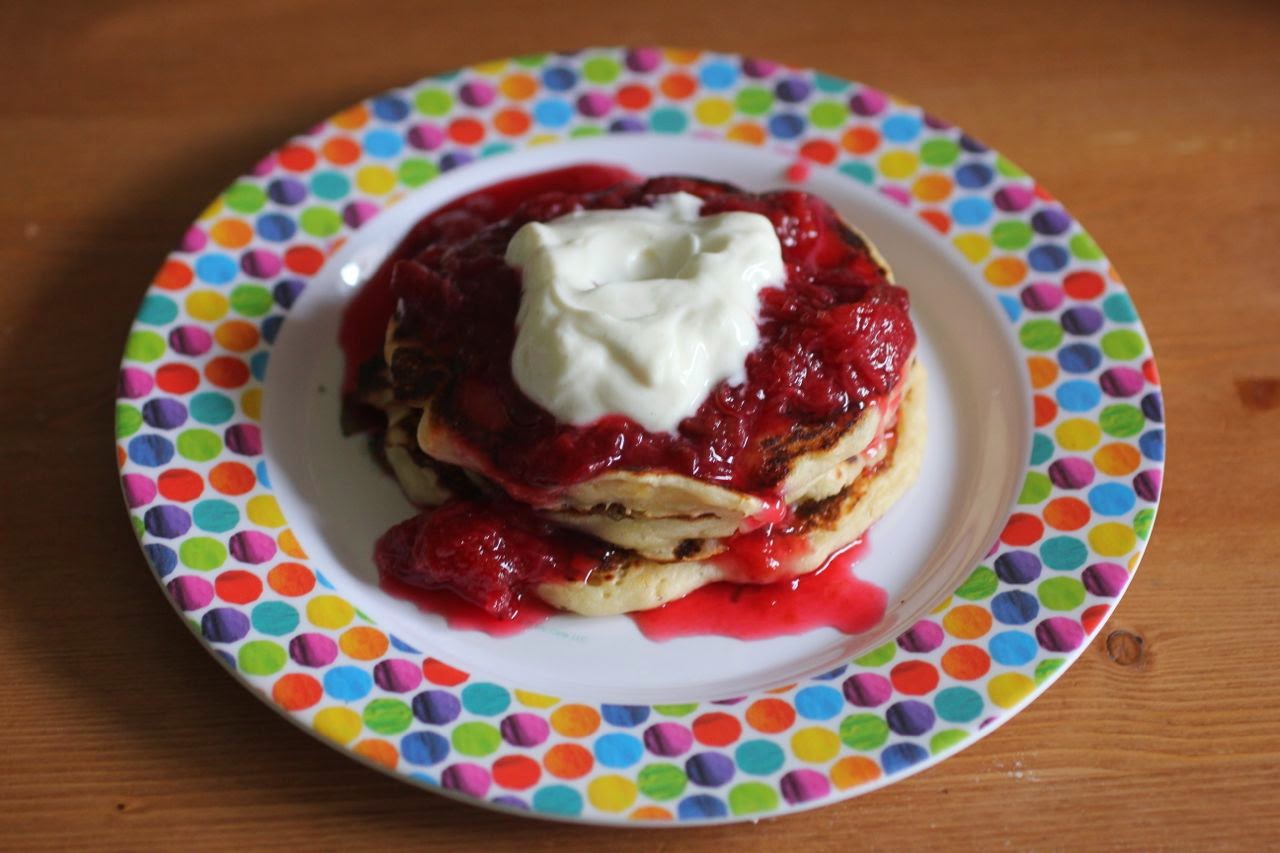 Now we were ready for the day.

Melt butter.  Mix in golden syrup and banana, then egg.  Mix sourdough starter, oats and baking powder.  (My batter was thickish and quick blobby rather than a pouring consistency.)

Heat a frypan over medium heat.  Melt a little butter (about 1/2 tsp) in the frypan and use the back of a spoon to spread it about evenly.  Drop dessertspoons of batter into the frypan.  (Or two spoonfuls for a slightly bigger pancake.) Fry a few minutes until bubbles appear.  Flip over and fry another minute or two until the other side is golden brown.  Serve warm with your choice of toppings.

On the Stereo:
Talking with the Taxman about Poetry: Billy Bragg
Posted by Johanna GGG at 21:56