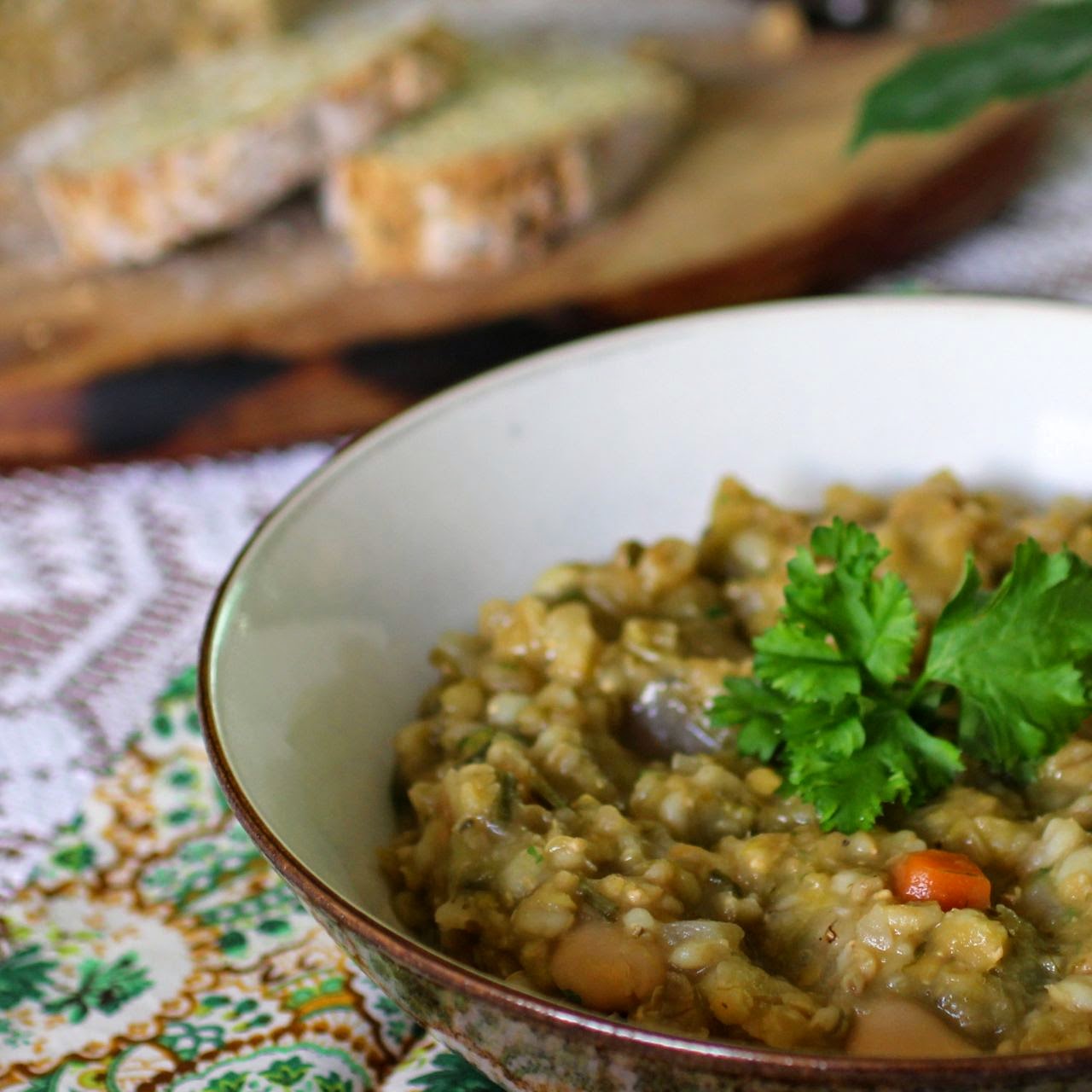 Sometimes a blog post does not come easily.  So let me just tell you how it is.  I am drinking Camomile Honey and Vanilla Tea as I look for words to begin and thinking how much I love honey.  Sourdough bread is in the oven.  Fresh bread is one of my favourite things.  And I look at my notes and remember what a fun day we had in the school holidays when I made this stew.  A stew filled with happy memories deserves a place on the blog.

The day didn't begin well.  Sylvia rose at 6am and put on the Frozen CD.  Nooooooo!  We went swimming.  Yessssssss!  We met Sylvia's school friend and her little sister at the pool.  They joined us and a couple of other little kids that we know who were taking lessons.  It was a fun time splashing about.  I was complimented by an old lady on 'how wonderful you young mums are taking the kids to the pool'.  ('Moi?')  Followed by lunch at Zaatar where Sylvia actually now eats the zaatar pizza with not too much scraping off the zaatar.  Then a play in the park where the kids had fun scrambling up a tree and watching the ducks. 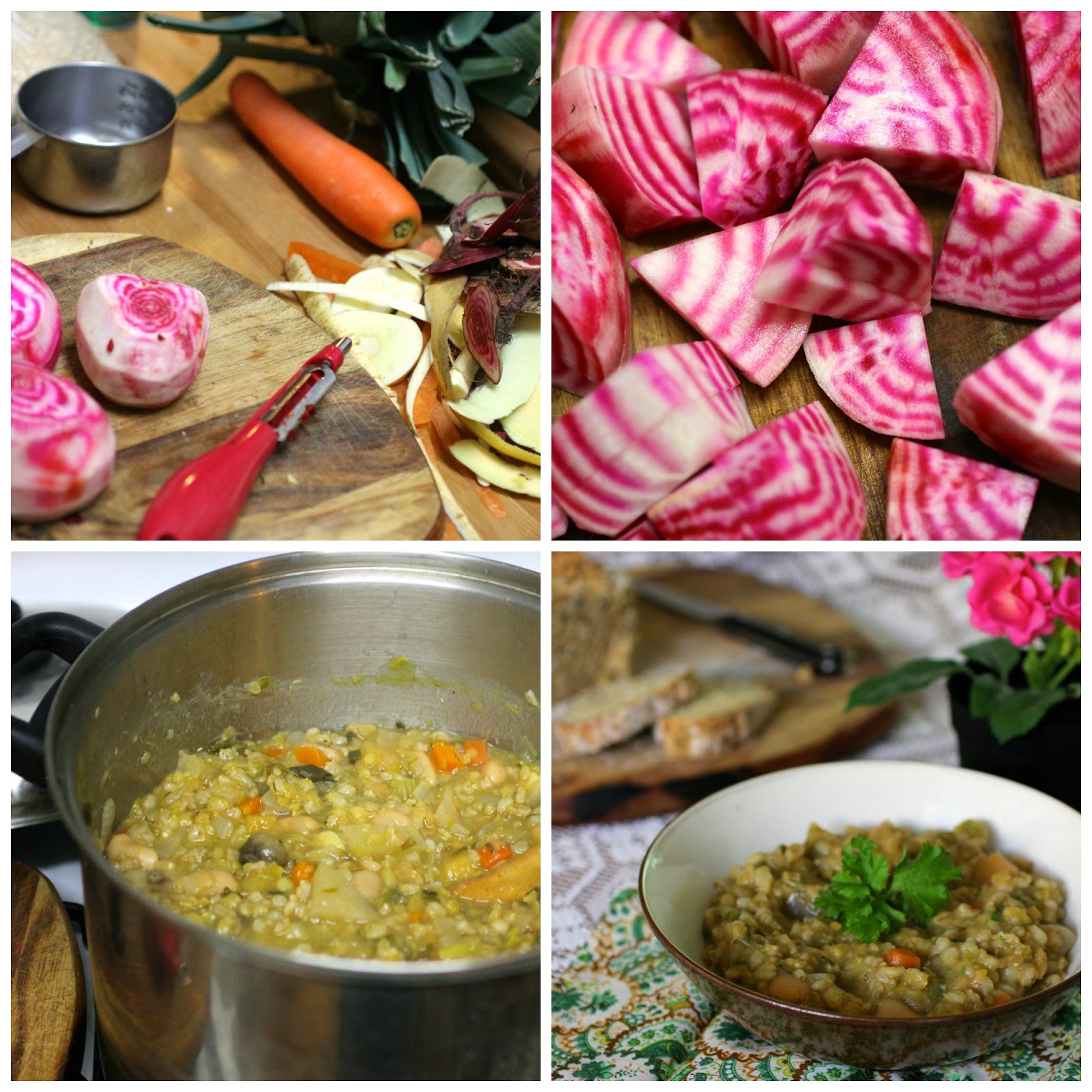 Later I felt good about my little victories.  I finally sold our Ikea Trofast wardrobe (sob - I did love it but there is no room) after discussions with 3 potential buyers and 3 cancelled pick-ups.  I sewed up a coat pocket that was torn in an anxious moment!  I bravely fished out a 'black hissing thing' from under the coffee table (it was a piece of lego, Sylvia!).  I sorted the collar on the cat who had managed to lose her old collar and slip out of her new one.  I even used up lots of vegies from the farmers market in the stew.

I love the pretty striped choggia beetroot but never know what to do with it.  (Any ideas are welcome!)  Initially I had hoped to make a chunky beetroot soup I love but add barley.  Then I sort of got influenced by a beer and barley recipe I wanted to make but had no Worcestershire sauce on hand.  I winged it.  And it was very good.  Much better than a honey and cider stew I made some years ago by adapting a meaty recipe.  I left potato out of this stew so that I could put it in the freezer.  (Actually I think that might be what is in the mysterious tubs!) 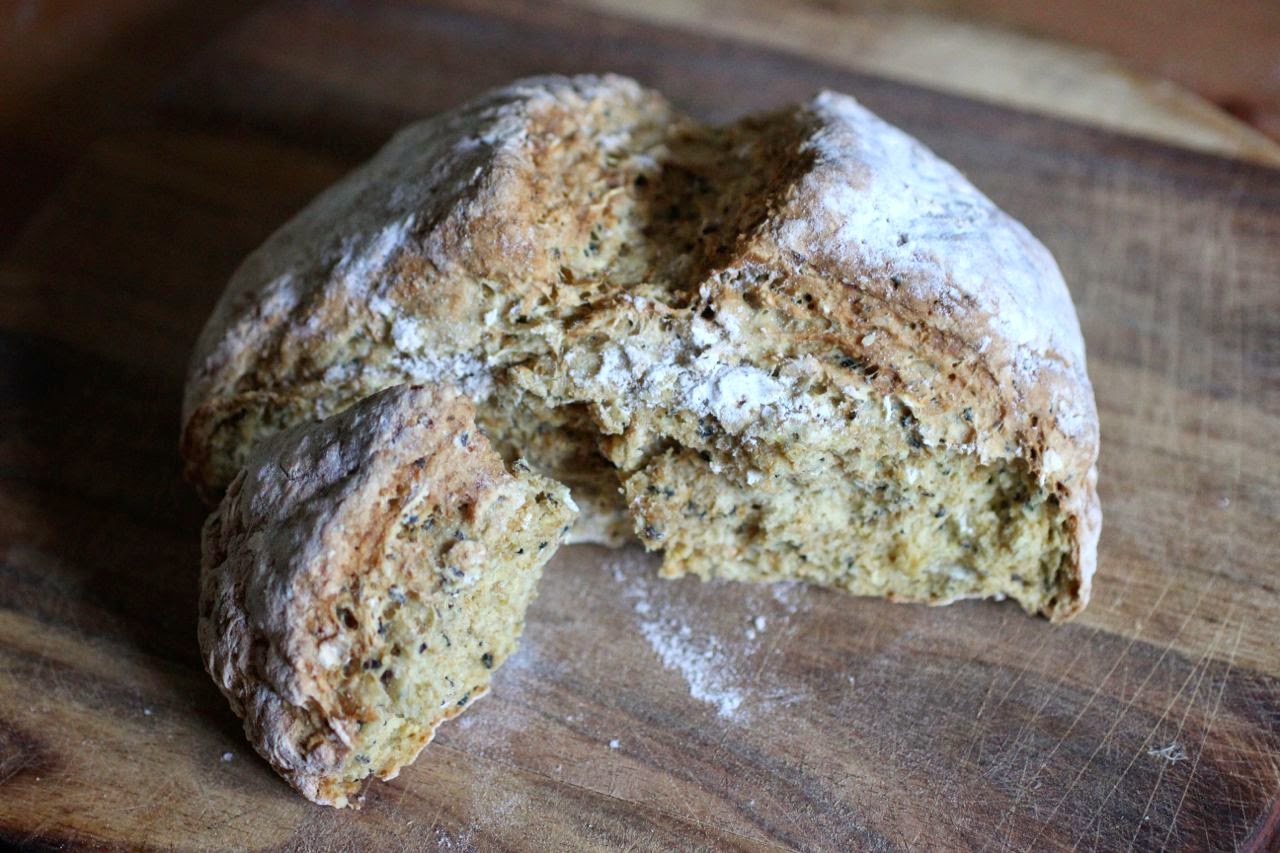 In looking at the recipe it seems a lot of stock powder.  You might need to reduce to taste.  I found that it needed quite a bit of seasoning.  However I think this is the reason I added honey.  Vegans could add other sweeteners to taste but I found that a little honey went a long way.  Barley made the stew very thick but it was packed with plenty of vegies that add flavour and nutrition.

The stew was even better for being served with a hunk of fresh seeded soda bread.  I was not sure it was quite cooked in the middle but even so it was a treat.  I had the bread ready for Sylvia's dinner but the stew took longer.  I waited until she was in bed and ate it listening to the Wonderland soundtrack.  Good music and a sleeping child are every bit as lovely as good stew with fresh bread. 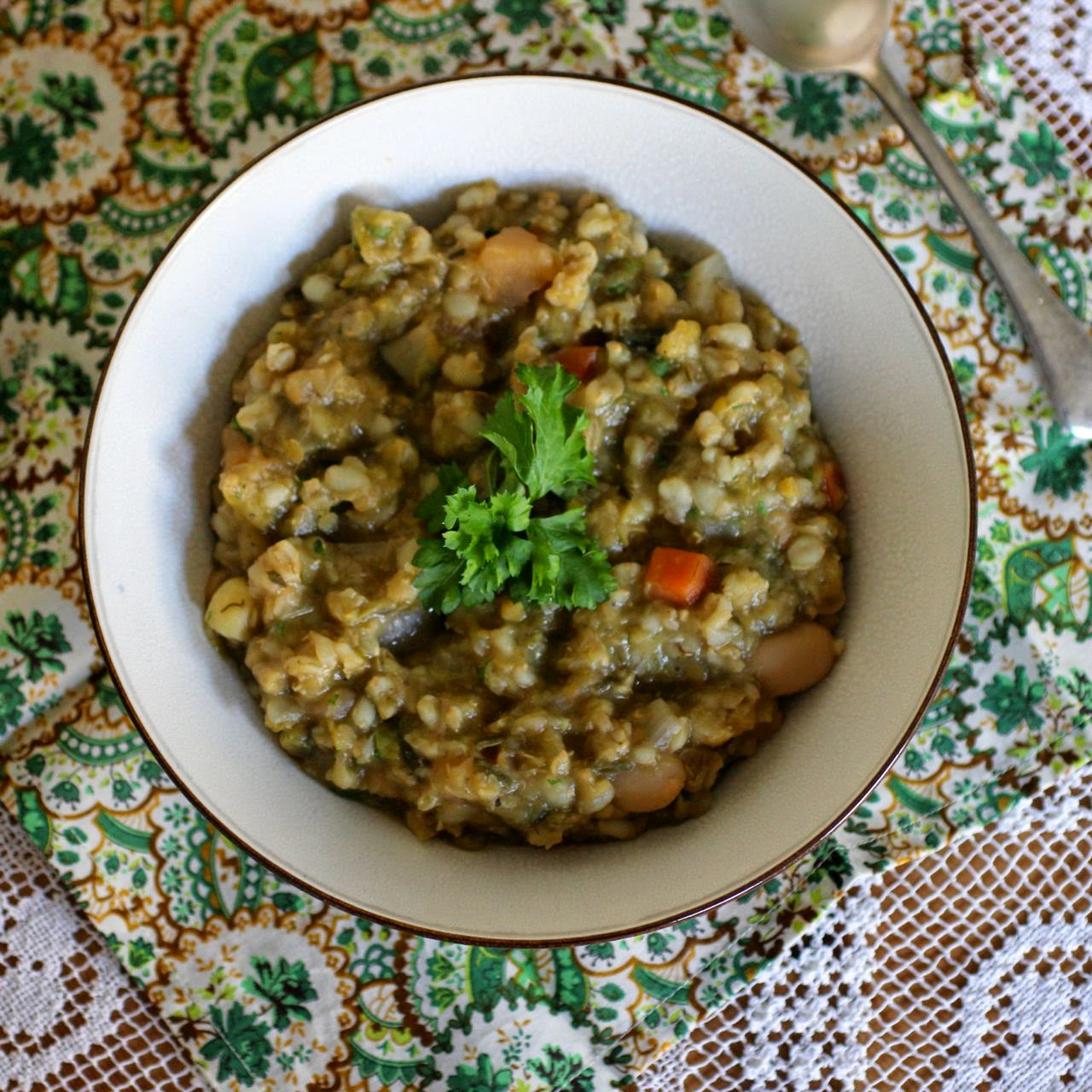 I will end with a note about the choggia beetroot that I bought at Coburg Farmers Market.  I had hoped some of the stripes would show through in the final stew.  You can see in the photos that there is not a hint of beetroots pink hues.  The beetroot stripes lost their colour and became the faintest of shadows.  However I was pleased that E actually said how much he enjoyed the beetroot in the stew.

I am sending this stew to Elizabeth's Kitchen for her Shop Local event that challenges bloggers to feature locally sourced ingredients.

Heat oil over low heat in a stockpot and fry onion and garlic for a few minutes until translucent.  Add beer, water, barley, lentils, remaining vegies, stock powder, bay leaves, parsley, salt and thyme.  Bring to the boil and simmer for about 40 minutes, stirring regularly.  Add lima beans, vinegar, honey and black pepper.  Cook for another 5 minutes until warmed through.  Garnish with parsley.