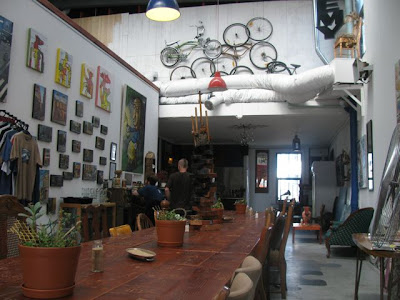 A few weeks ago I had walked down to the Court Jester Cafe with Sylvia one quiet afternoon and we were the only people in the cafe. I loved the cake, the quirky decor, the light-filled space and there were pierogi on the menu. So I returned on the weekend with a few friends only to find that following a review in the Age newspaper, the place was absolutely abuzz with customers. However amid the chaos and crowds it retained the bohemian charm that I had loved on my first visit. 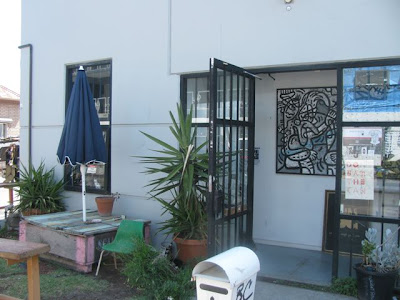 As soon as I saw Cindy and Michael write up their visit to the Court Jester, I wanted to go there. Not only did it look like an interesting place in the photos but its name is the same as that of one of my favourite films. At regular intervals during my childhood, rainy weekend daytime was cheered up by the Danny Kaye movie with the classic scene with the flagon with the dragon, the vessel with the pestle, the chalice from the palace and the brew the is true! On my first visit I asked if the name had anything to do with the movie and was told it came from a childhood nickname. 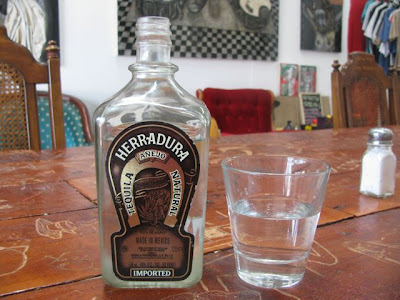 Nevertheless I loved the decor with bicycle wheels, quirky artwork, an odd assortment of chairs around a large wooden communal table carved with student graffit. The water was served in chunky old liquor bottles with interesting labels. And what's not to love about a place with a green chaise lounge. 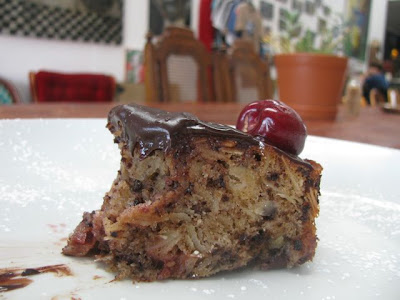 I chose the Sour Cherry and Chocolate Torte. It was a dense moist cake with slivered almonds, flecks of chocolate and fresh cherries through it and melting chocolate and more fresh cherries on top. It was the best cake I have eaten out for ages. One of the benefits of being the only customer is that it is easy to chat to the guys who run the place. They told me that the recipe came from an old lady at a nursing home who had won a magazine competition with it. I would have given her the prize too. Sylvia sat beside me in her stroller and ate the cherries from the top.

While looking at the menu I was interested to see the owners, being of Polish and Ukranian backgrounds, served pierogi. One of my former housemates used to sing the praises of pierogi and even made a wonderful baked yeasted pierogi. So I immediately thought that I would love to go back and sample the pierogi with Will. I also invited another former housemate Nicki who came along with her partner Stuart and 7 month old baby Poppy. With E and Sylvia as well, we would be quite a crowd. 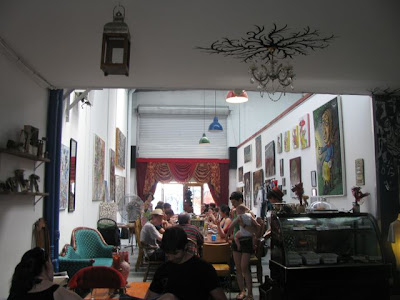 So I got nervous when I saw how much busier the Court Jester was on Cindy and Michael's ssecond visit. Then the review appeared in the Age. So I rang and booked a table. It was no problem and they said they had high chairs for the babies but without trays.

It should have all gone smoothly but the day started with many bad omens. It was too hot to walk so we took the train and then I took a wrong turn so we were late. Then Nicki and Stuart drove up beside up and said they had not been able to find the place. It is a little off the beaten track behind Sydney Road. We finally arrived to find the place busy, the owners frantic and no empty seats in view. 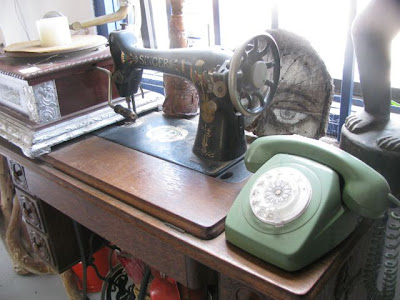 It didn't take long for a group to leave so we could have a seat but we were warned that there was about a half hour wait for food. That didn't bother us as we had plenty of catching up to do but the high chairs were literally that. Not baby chairs but chairs that were higher off the ground than most. So we had to hold Sylvia and Poppy. Wriggly babies don't make for relaxing conversation but we managed.

It was too busy to put Sylvia on the floor to play, despite some kiddie toys in a box, but it was a great place to take the babies sightseeing and show them odd decorations. It made me laugh when Sylvia didn't recognise the old rotary dial phone because these were the phones I grew up with. She loves an electronic phone with buttons and beeps and lights. Meanwhile conversation veered from Nicki's writing projects to prog rock to Will's gay cat. 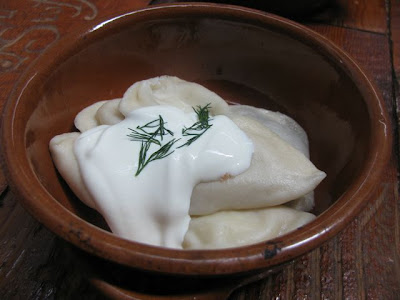 Will, Nicki, Stuart and I ordered pierogi and salad. It came in tantalising dribs and drabs. We asked for a selection of pierogi but the (boiled not baked) dumplings seemed to be mostly potato and cheese with only one mushroom and cabbage filling spotted. Those Eastern Europeans love their carbs and a generous dollop of sour cream. 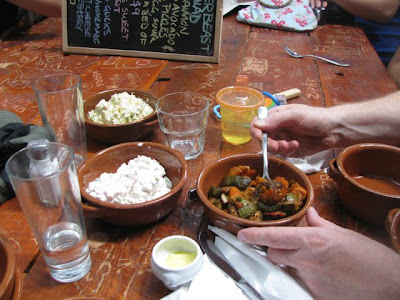 Unfortunately the salads came separately. They were a combination of potato salad, roasted vegetable salad and a smetana (sour cream and cottage cheese) salad. We all agreed they were very tasty. The rate at which they disappeared was testimony to that. On the plus side, the staggered serving of dishes meant less dishes to move out of reach of the babies. E had poliski toast (with bacon) and said it was very good. Sylvia also enjoyed some of the Dench sourdough toast. 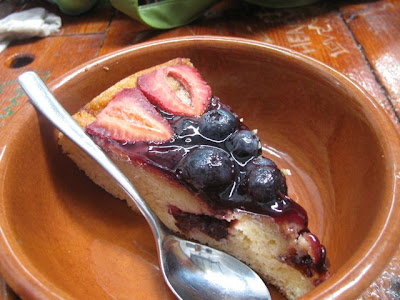 By the time Will and I were eyeing off the desserts, Nicki and Stuart decided they had had enough of Poppy bouncing up and down on the table and that it was time they left. Unfortunately the place was so busy that there were a few breakages while we were there. One was the plate with the wonderful cherry and chocolate torte. How disappointing! But it did force me to try something else.

I would have liked to try the cherry pierogi but didn't want to wait for ages. The rhubarb honey drink was finished so I ordered a piece of Baba Gwen's plum cake and Will ordered a slice of Baba Gwen's coffee and strawberry cheesecake. Unfortunately they did not ask us if we wanted cream. My cake came out covered in cream and Will's came with no cream at all. If only they had given Will the cream and left mine off we would have been much happier. As it was, I had to ask for a piece without cream because it was just too much for me and for Sylvia. Once we had a piece of cake that was denuded of cream Sylvia and I enjoyed the cake. 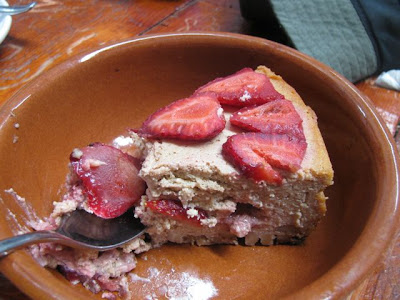 Will enjoyed his cheesecake but neither of our cakes had the wow factor of the chocolate and cherry one. But overall it was a great way to spend the afternoon. After lunch, Will and I meandered along the back streets back to our place where he had parked and Sylvia had a lovely sleep in the pram. E took the quick option of the train because he had a haircut to go to.

When discussing it later, E and I agreed that some of the service was chaotic because the crowds seemed to have descended upon the place but that it was friendly and the place had charm. I was coveting much of the food that wafted past us and would love to go back and try the vegie burgers and/or the platters. (There is more to try in the cafe than on the web menu which doesn't look so veg friendly.) The Court Jester is only open for breakfast and lunch but if you have a group of 10 people or more they will open for dinner. I quite fancy the idea!

Update: the Court Jester has now closed.
Posted by Johanna GGG at 11:09