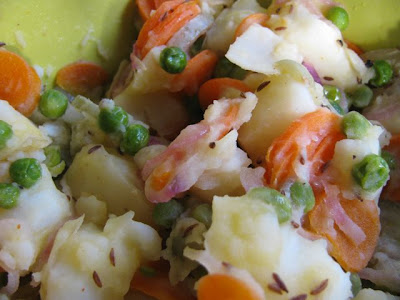 In the small town where I grew up, we lived in the same street as the fire station. I still remember the feeling of fear upon hearing the wail of the fire siren as it summoned the volunteer (CFA) firemen. Sometimes my mum would send my sister up the street to see where the fire was – it was always chalked on a blackboard for those who arrived late. Some times it was just a grass fire but a large fire affected everyone in a small community.

I particularly remember the Ash Wednesday bushfires in 1983 when fires along the Great Ocean Road were in the nearby towns we visited frequently, when our town became an evacuation centre, when people who caught the same school bus as me had their houses destroyed by the blaze, and when a family friend suffered smoke inhalation after being caught in the fires while he served as a volunteer fireman.

We often visited Melbourne where most of my parents’ families lived. Every now and again a fire truck would whizz past with the warning of the shrill siren. My mum once said that the majority of fire alarms in the city were false alarms. I could watch the city fire engines without much feeling. Even now that I live in Melbourne, I don’t worry so much about city fires which seem contained compared to the wide-ranging bushfires.

When they forecast record temperatures in Melbourne on Saturday, the Victorian State Premier, John Brumby, warned people to stay indoors. We were told we would have weather like we never had seen before. Yet, no one was prepared for the bushfires that raged around the state in such heat. It was 46.4 C in the city. (Even weirder was that we weren't the only ones with freakish weather - there have also been the floods in northern Queensland and snow in the south of England.)

We languished at home with the air-conditioner on. Although unpleasant, compared to people’s losses in the fires, we were among the lucky ones. Bushfires are a terrible reality of country living. Apparently, these ones are have made news around the world. My Scottish mother in law has rung to check we are ok. Bushfires do not come near city-dwelling folk like ourselves.

But like Ash Wednesday many years ago, this is a weekend we will remember. Little things. My dad first alerting us to the fires when he visited and told us Melbourne was ringed by fires. Listening to the radio to hear exactly where the fires were. Smoke in the sky and the water bomber helicopter flying over our home. Seeing the names of 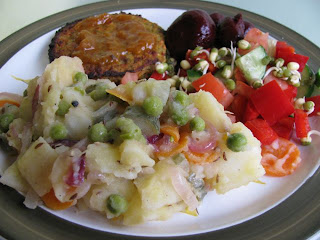 towns under threat where friends have settled or that we have visited on holiday. Even visiting the zoo when the weather cooled (though I still managed to come home with sunburn and hayfever) and talking to the volunteer guide about endangered native wildlife being relocated to the city zoo from Healesville Sanctuary on the outskirts of Melbourne.

And some of us will remember what we ate. During the day, I didn’t have energy to make a salad sandwich and just had peanut butter and sliced tomato instead. E was happy to eat whatever I prepared and was pleasantly surprised by this combination. (It is something I have made every now and again for years but he has only just discovered it.) Plus I ate fruit, frozen fruit kebabs and plenty of iced water. By evening when the cool change arrived I was quite peckish.

The previous day I had bought supplies so I didn’t have to leave the house in the heat and had decided on a potato salad, vegie burger and a simple salad. I associate potato salads with hot weather because it is one of the common salads we had with barbecues when it was too hot to cook in my youth. These days, I tend to experiment a bit more with flavours and add other vegetables. Often I don’t use a recipe but just throw in whatever takes my fancy.

I also thought this was a good opportunity to make a potato salad for Holler and Lisa’s No Croutons Required event which this month is Potato in a soup or salad. I chose the Dill Pickle Potato Salad from the Enchanted Broccoli Forest. I altered the quantities to suit me. The vinaigrette dressing made it very different to my usual creamy potato salads, but very pleasing. It had a salt and vinegar tang, with a hint of heat, thanks to the black pepper and cayenne. The caraway seeds and dill pickle juice are not flavours I use regularly but imparted a fresh and interesting taste.

On Saturday night, we opened the windows and doors when the cool change came at 6 and waited for the house to cool down. When we ate the potato salad it was still hot, mainly because I 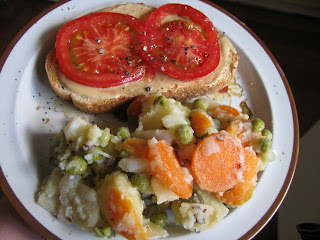 wasn’t organised enough to give it time to cool. But I had it cold over the next couple of days, accompanied by our snack of the moment - peanut butter and tomato on toast.

Melbourne has been a lot cooler this week. The doona is back on the bed and I have hunted out a cardigan. Unfortunately the bushfires continue to burn throughout our state of Victoria. The television news is full of images of rubble where houses used to be. The toll keeps climbing (last count it was 181 dead and over 1000 homes destroyed). None of us can fail to be affected and wish we could do more, but I am heartened by the generosity and resilience that already is evident and will be important in rebuilding lives and communities.

Place potato chunks in a medium saucepan with water and bring to the boil. Simmer for 15-20 minutes until soft and tender. (I like my potatoes to be almost mushy.) Drain and rinse in cold water.

Meanwhile, heat oil in a frypan and sauté onion, carrot and caraway seeds for about 5 minutes till onion and carrots just soft. Add peas and fry an additional 2-3 minutes till peas cooked.

Place remaining ingredients in a medium salad bowl. Add potatoes and onion mixture and toss to combine. Cool before serving or serve warm.

On the stereo:
Nikolaevka: a collection of hymns and marches from the Italian army of the Palace: Various Artists
Posted by Johanna GGG at 23:06