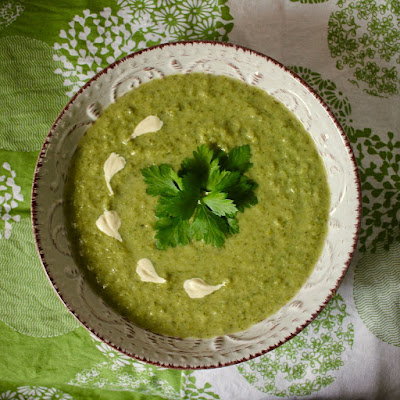 We went to Luna Park on Monday.  It was my first trip there and, while I am glad to have been, I don't have a big desire to go there again.  I took Sylvia and a friend who had an awesome time.  The lowlight would have been the beige food.  So when I got home I really needed my greens.  And there was a huge lettuce we had been given that was good for nothing but soup in the middle of winter. 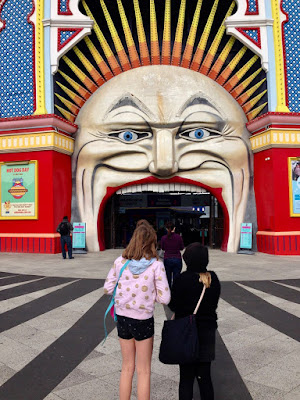 Let's start with some photos.  Here are the girls at the iconic entrance.  The amusement park was built in 1912 in Melbourne, modelled after the original Luna Park on Coney Island in the USA. 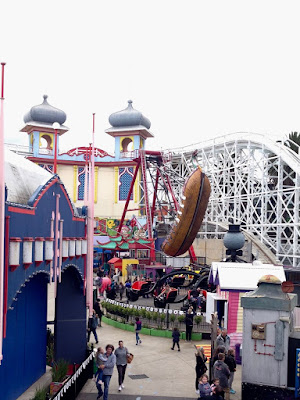 I have had travel sickness too often to ever find crazy rides any fun.  The first ride we ventured upon was the Twin Dragon Pirate Ship.  It looked rather tame but started to swing up at rather alarming angles (as seen above).  Sylvia wanted to get off and her friend was nauseaous so I kept saying, lots of deep breaths.  We were all happy to get off. 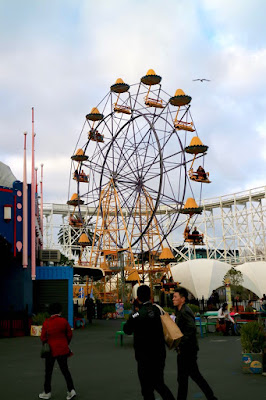 We then went on the Skyrider, which is actually a ferris wheel.  Though unlike most ferris wheels I have been on, it only seated two per carriage.  Which meant I went alone.  Luna Park was very strict on safety, including instructing punters not to carry a camera or take any photos on any rides.  I am afraid I was not compliant! 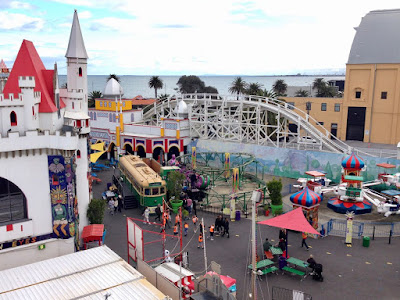 This is the view from the ferris wheel of the park.  The castle houses the dodgems that the girls enjoyed.  The tram is just for parties.  Beyond the scenic railway you can see the sea. 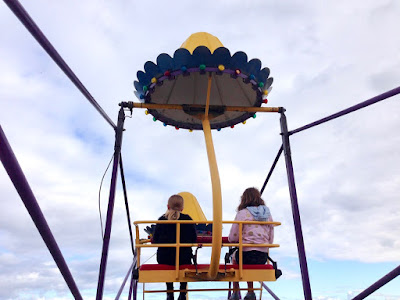 And here are the two little girls looking like they are indeed riding in the sky. 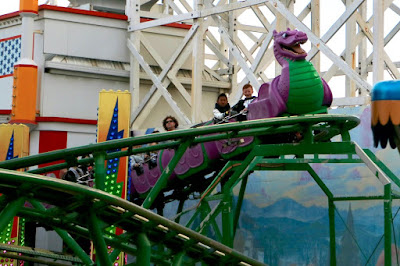 We considered the Ghost Train but the little carts were just big enough for two people.  So instead we went on the Silly Serpent.  This is a mini roller coaster.  It was far easier on the stomach.  The scenic railway was closed for maintenance.  Ironic, given that it boasts that it is the oldest continually running roller coaster. 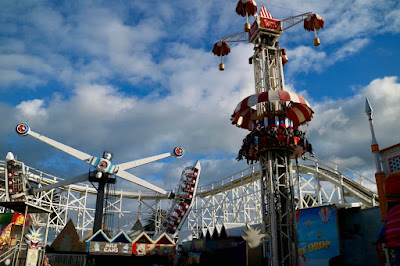 I also had a go at the Coney Drop, which was tame enough for me.  You can see the Pharaoh's Curse in the background, another pendulum ride which takes the punters upside down.  No amount of screaming and adrenaline will make this enjoyable.  I don't blame Sylvia that she preferred the flying elephant ride. 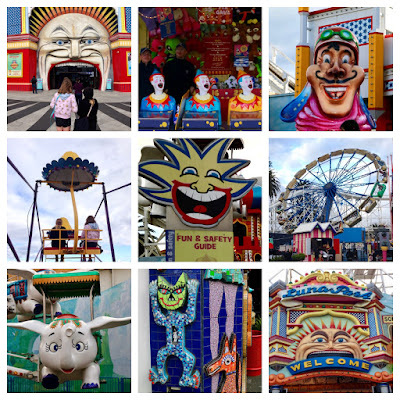 We had fun wandering around and looking at the sideshows and rides.  The girls really enjoyed the giftshop. 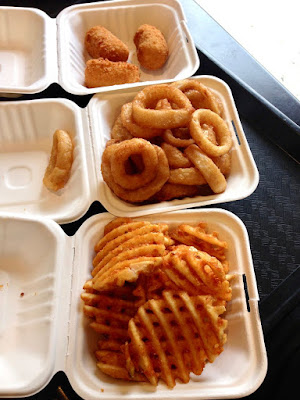 On the website, it claims that "our range of food caters for vegetarians too with a healthy selection of meals to choose from."  Obviously their idea of healthy and mine are different.  I could have had nacho toppings on chips but didn't because I wanted to share them.  Instead we had waffle fries, onion rings and mac'n'cheese croquettes.  Beige, beige, beige. 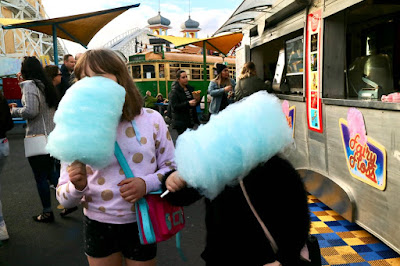 If you want colourful food at Luna Park, your best bet is some artificial colouring.  Like these huge sticks of fairy floss. 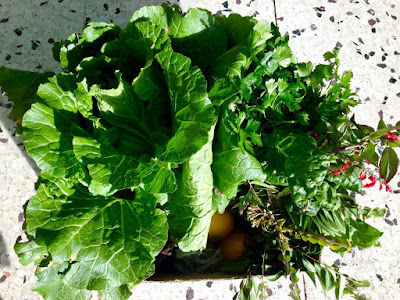 My best bet for healthy colourful food was to head home.  E had been given this box of fruit and vegetables on the weekend.  The lettuce took up half the box.  It was almost as big as the fairy floss.  I actually had some potato and cauliflower soup that was meant to be purple like the vegetables but it turned out a murky colour like gruel.  I needed greens. 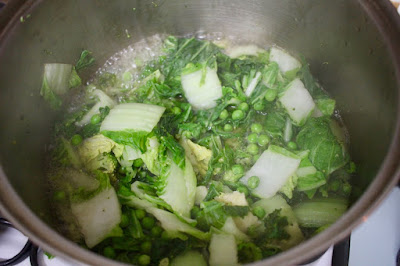 I based the soup on a Spinach, Lettuce and Pea Soup but used what I had on hand.  It ended up being a bit grassy so it was nicknamed Grass Soup.  My mum said that grass soup made me sound like a Nineteenth Century Irish peasant during the potato famine.  (Though I did have potato gruel which my Irish ancestors would have given an arm and a leg to eat!) 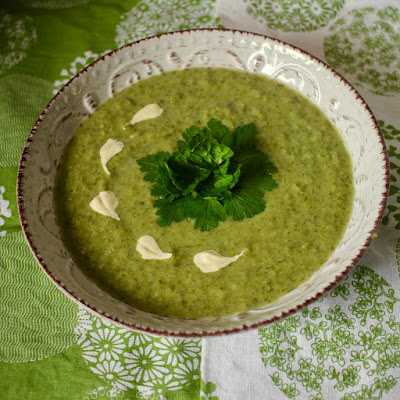 I really loved this soup, despite the texture not being as smooth as it would be if I used the high powered blender rather than a stick blender.  It was a great refreshing meal with a toasted muffin.  In fact, I was sad to finish the soup today for lunch.

Bring stock to the boil.  Add vegies and cook about 10 minutes or til broccoli is soft enough to push a wooden spoon through.  Puree.  Add cashew cream.  Check and adjust seasoning.

On the Stereo:
Son of Evil Reindeer: Reindeer Section
Posted by Johanna GGG at 23:03