Rye and lentil casserole and a busy week 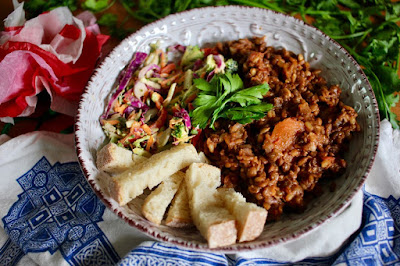 Last night I dreamt that I had moved house and looked out the window to see chimps wearing top hats in the backyard.  It has been that sort of crazy week.  Last Saturday I made a huge casserole that saw us through some busy days.  We finished it tonight and I still have a tub of it in the freezer.  So let me take you through a busy week accompanied by casserole. 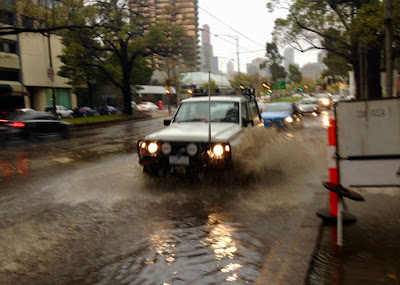 Firstly let me tell you that it is well and truly casserole weather.  A couple of weeks ago the weather suddenly turned from warm and dry to cold and wet.  I took the above photo while waiting for a tram home after work two Fridays ago.  After I took it, someone mentioned to me it would be a wet walk across the road to get the tram.  Then we saw that the tram stop was not in use and a few of us had to race through three sets of traffic lights to get the next train. 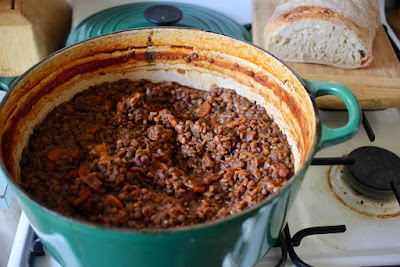 I made the stew while Sylvia and her friend had a craft session at the kitchen table.  The inspiration came from a bag of rye berries I found at the back of the pantry and a bag of puy lentils that was being neglected.  I found a recipe for a lamb, rye and dried apricot tangine so I decided to throw in some Turkish dried apricots we were also neglecting.  I checked what I might need to include oven baked lentils and cobbled together a recipe to suit me.

I spent a bit of time adjusting the flavours after it cooked in the oven.  It was a bit on the sour side.  I amped up the salt, then vinegar, then sugar.  Finally I let it go and it was very good with some rice and coleslaw.  The rye berries were not quite cooked but the slightly chewy texture actually worked for me.  The casserole had a bit of bite rather than being total mush. 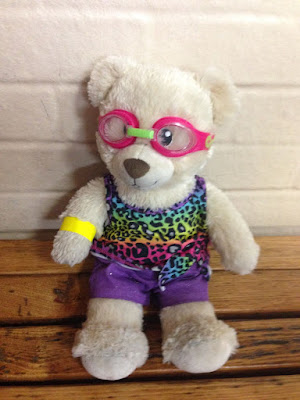 When Sylvia had her swimming lesson I had some time at home beforehand to photograph the stew.  It is always a challenge to make a brown stodgy casserole look interesting.  Then i had to rush to the supermarket, to the post office and to get a prescription at the chemist.  The chemist was really busy and by the time I had my prescription I had to rush to pick up Sylvia from school for her swimming lesson.

Usually I have her swimming bag together and in the car but I was so disorganised her swimmers were at home and I had to drop the goods at home to go in the fridge.  So I had to take her home, dump the groceries, get her ready for the pool and head out again.  On the way into the pool she fell over and had grass stains on her pjs that she wore.  We just arrived in time for the lesson and I was relieved that she enjoyed it.  I was glad to have casserole to come home to.  Though perhaps photographing it had made me even more disorganised. 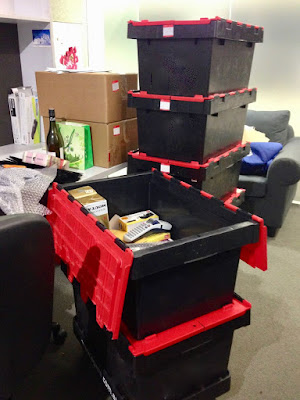 The week was busier than usual.  E was starting a new job which meant I did more pick ups and drop offs at school.  In addition I had one night when I stayed at work til 10.30pm because we were packing up our office to move to a different building and I needed some quiet time to focus on packing.  (I have realised this photo looks like I work with luxury with the bottle of wine and the couch but let me assure you that although I will miss my couch in my new office, it has not been used a lot.) 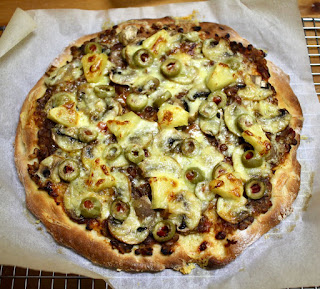 Yesterday I had to have my office completely cleared and left early to pick up Sylvia straight after school.  It was a struggle but I did it and only was only 15 minutes late.  Luckily Friday is an afternoon for milling about after assembly.  We managed to get to the mall for hot chocolate and the heavens opened.  Sylvia still enjoyed her hot chocolate and a browse in the library.  Then we had pizza for tea.  I had casserole to use so I topped the pizza with tomato paste, casserole, pineapple, mushroom, olives and cheese.  I baked the pizza for 5-10 minutes before putting on the toppings to make sure it cooked properly.  Wonderful with a side of Adventure Time. 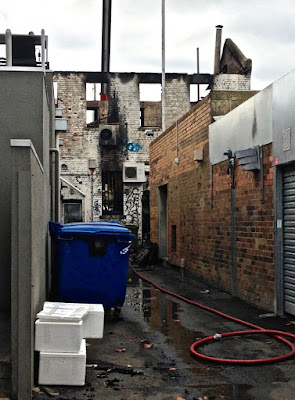 The final day of the stew was today.   The weather was mercifully dry (for the washing on the line) but fate was not kind to iconic La Mama Theatre in Carlton.  It was quite sad to see the shell of the theatre surrounded by many firefighters and viewed by shocked onlookers.  La Mama saw the gensis of many theatre and acting careers in Melbourne and Australia.  We went to Lygon Street search of a book but instead ended up walking away with a new warm jacket for Sylvia and ice cream from Pidapipo Gelateria. 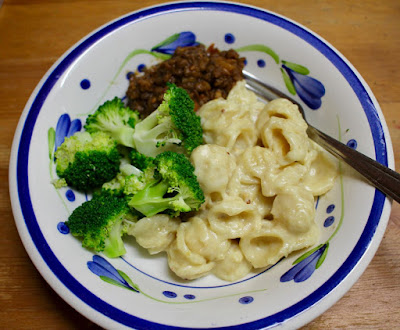 Then we swung by Sylvia's friends to pick her up for a play date and brought her home for a sleepover.  I told the girls they could stay up for Harry and Meghan's Royal Wedding but they have been more interested in dressing up in Sylvia's room and taking selfies.  We had macaroni cheese for tea.  E and I had some of the remains of the casserole on the side as well as some broccoli.  Great comfort food.

And so ends the week of the casserole.  Until I find a moment I need to take the last tub of it out of the freezer.  Because I suspect there are more busy times ahead.

Soak rye berries.  (I did this for 2 hours in boiled water.)

Fry onion in a large ovenproof stockpot for a few minutes until translucent.  Stir in garlic, carrots and cabbage.  Fry for about 10-15 minutes.  Add remaining ingredients and stir well.  Check seasoning and adjust to taste.  Coer and bring to the boil.  Meanwhile preheat oven to 180 C.  When stew is boiling, stir, remove from heat and place in oven.  Cook for 1.5 hours or until cooked.  Check flavours again and adjust if required.  Keeps well in fridge for at least a week or can freeze.


On the Stereo:
Melt: Straightjacket Fits
Posted by Johanna GGG at 22:27