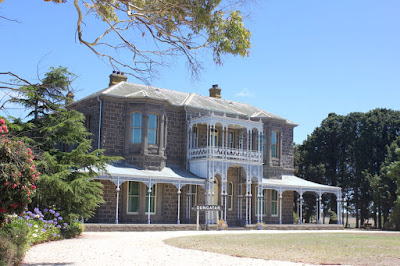 In the school holidays one of the treats was to visit Barwon Park in Winchelsea where an exhibition of the costumes from The Dressmaker film is showing until 11 March 2016.  Unless you have a close family friend with keys to the mansion, I suggest you check which days of the week it opens. 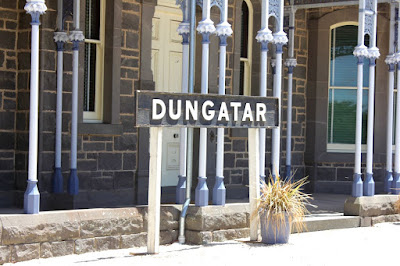 If, like me, you are familiar with the mansion, you might start in surprise at the railway sign that has popped up by the front door.  It is, of course, from the film.  I read the book of the same name by Rosalie Ham in my book club last year and then went to see the movie with the group.  The story, set in the 1950s small town Australia, tells of a dressmaker returning to her childhood home to face the trauma of her past and to wow the gossips with her stylish creations. 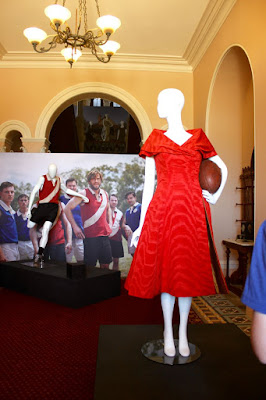 The exhibition gives us the elegance and fun of the film, without any of its malice and heartbreak.  Upon entering Barwon Park, you know that this is not the mansion in its prim Nineteenth Century regalia.  The grand staircase is covered by a life sized photo of a scene from the movie with mannequins wearing outfits from the scene. 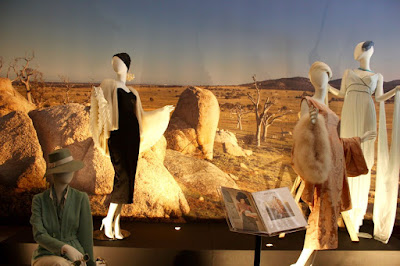 Indeed the rooms are full of mannquins wearing the fabulous frocks from the movie, often with giant backdrops like this one.  And a photo from the movie, just in case you forgot. 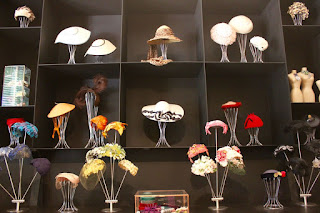 In one front room a wall is dedicated to hats from the movie. 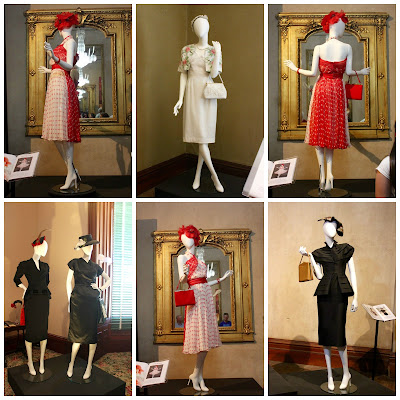 And many more gorgeous dresses.  The mannequins seem to have enough style to pull off wearing such wonderful outfits. 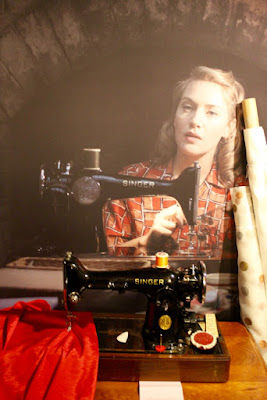 The star of the film was Kate Winslet.  Her character's sewing machine and various props are also here to see. 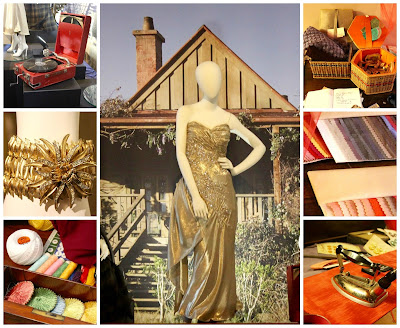 As we wandered about we were able to hear from our guide about the movie.  I was interested to hear it was filmed in the nearby You Yangs.  The landscape looked so dry and dusty.  It was a most surprising location for all these stylish dresses 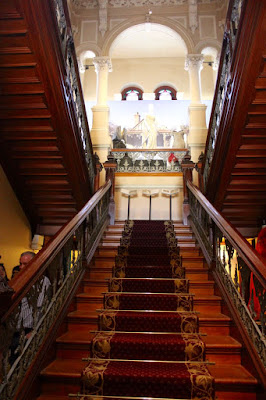 Those visiting from the old country might have also been surprised at the extravagance of the mansion in the colonies.  The grand staircase is not hidden from the entrance hall but can be seen from behind the display.  It is mighty impressive. 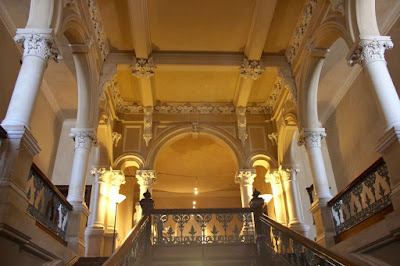 And as I walk up the staircase I am struck yet again by the beauty of the mansion, even though I have seen it before. 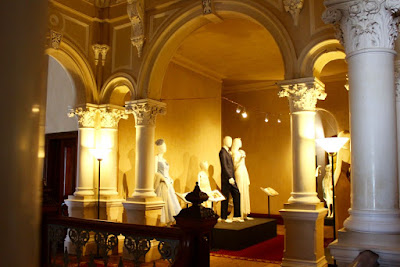 It is in this grand hall that a wedding party's outfits from the film is on display. 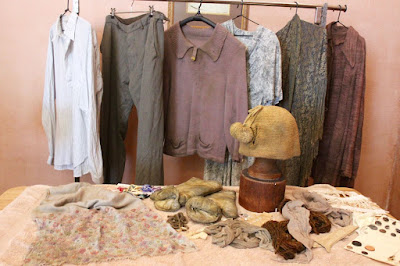 And admist all the fancy dresses, I am pleased to see the dowdy dresses of the mother, played with great humour by Judy Davis. 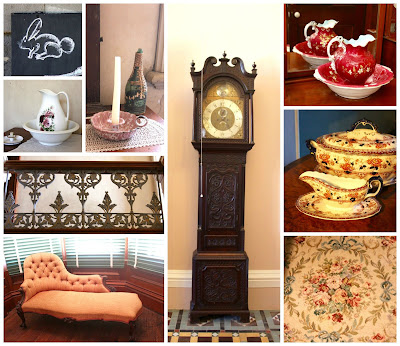 In the "family" rooms of the mansion, much of the furniture has been removed to make way for the exhibition. 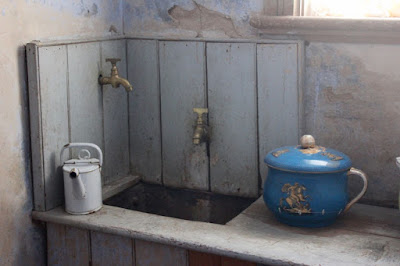 Ironically, though the ladies of Dungatar in the movie would have been far more at home in the servants quarters than in the more posh rooms, these humble rooms were not use for the exhibition. 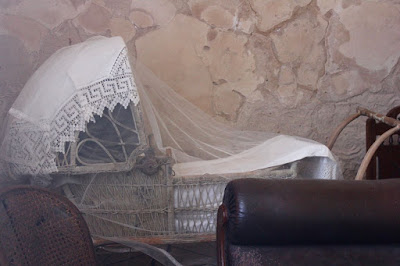 Some of them had furniture from other rooms.  I loved the shabby chic in this photo. 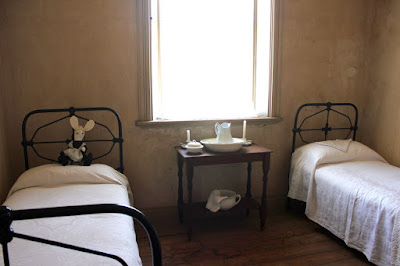 Other rooms were elegantly simple.  Though I daresay it didn't feel too elegant to the maids when they looked at how the other half lived. 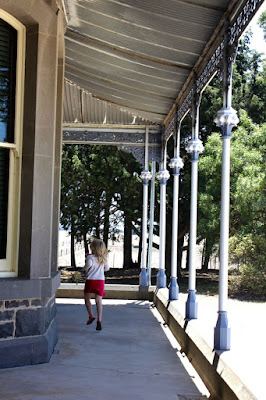 It would have been lovely to have devonshire tea in the stables but this was not the day for it.  That will have to wait until next visit.  We had an afternoon tea to attend.