Apricot and passionfruit smoothie, plus a salad and a spinach dip 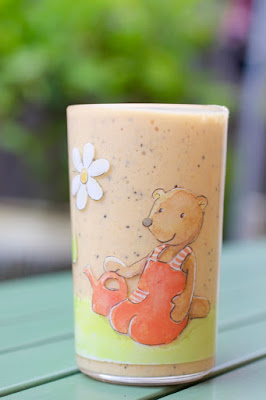 Just before Christmas I planned a post about some of the healthier food I was eating in the midst of all the indulgent baking.  I never had time.  So while I am not cooking much that is bloggable (it is either old recipes or a bit of this and a bit of that), it seems a good time to catch up.  However only the smoothie seems worth blogging.  I also made a spinach dip that was really similar to one on my blog and I made a great salad but in the festive craziness forgot to write it down. 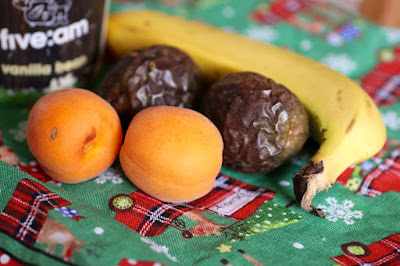 We make smoothies quite regularly but I rarely post them now as they are often quite similar (like this smoothie).  However this one is worth sharing because it uses two of my favourite summer fruits: apricot and passionfruit.  It is perfect for a summer breakfast. 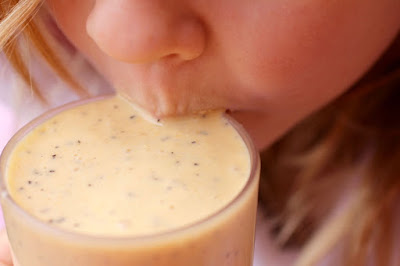 We made the smoothie with vanilla yoghurt which I don't usually use.  Around this time, we stopped having yoghurt and muesli or rice bubbles for breakfast, so I really wanted to finish pots of soy vanilla yoghurt and dairy vanilla yoghurt.  The yoghurt made it very creamy and delicious.  Which reminds me that I should make some more muesli soon. 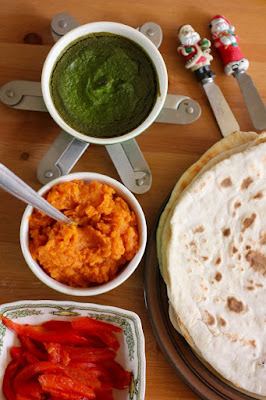 I also intended to post this baked spinach dip that I found on Rock Your Vegan Socks.  Kimmy's photo was really gorgeous and made the dip queue-jump my to do list.  The dip was really delicious but then I found I had posted a really similar spinach dip recipe a couple of years ago.  We had it with sweet potato mash and roasted red capsicum strips wrapped in sourdough flatbreads.

For Kimmy's dip I followed the recipe closely, just using spinach instead of kale and sriracha instead of ground pepper.  I highly recommending heading over to check out Kimmy's blog to check out her kale dip. 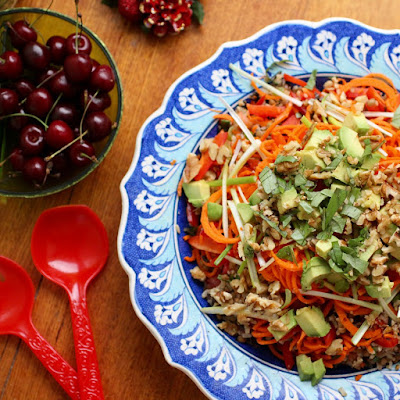 And then there is the salad that looks beautiful but I never had time to write the recipe.  Such is the crazy time of year.  It was inspired by Woolworths food magazine's Wild Rice and Lentil salad.  Mine was quite different as it didn't have feta and beetroot.

The salad had a base of wild rice, brown rice and brown lentils.  These were topped with spiralised carrots, spring onions, walnuts, avocado and parsley.  I think the dressing was just oil, vinegar and garlic.  Spiralising the carrot was not great for this salad.  Grated carrot would work better.  And the avocado, that I used instead of feta, was delicious but avocado is suddenly so expensive that I am less likely to use it right now.  I would like to return to this salad and maybe might even remember to write notes next time.

I am sending the smoothie to Healthy Vegan Fridays, Gluten Free Fridays and No Waste Food Challenge.

NOTES: We use soy milk but other milks should work.  I made it on different occasions with soy yoghurt and dairy yoghurt and either were fine.

On the stereo
Fin de Siecle - The Divine Comedy
Posted by Johanna GGG at 22:28