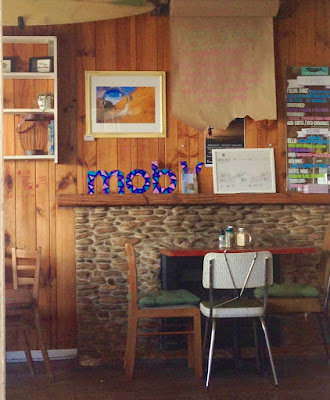 Sylvia and I went to Torquay beach the other day to make the most of the summer before it disappeared altogether.  After we had met my mum and brother at the beach for a swim, we had a relaxed lunch at Moby's on the Esplanade. 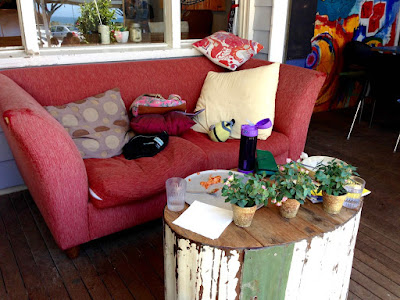 Moby's seemed very popular.  However it is also huge so it was still easy to find seating.  I considered going out the back where there is a kids playground.  But we loved this couch at the front. 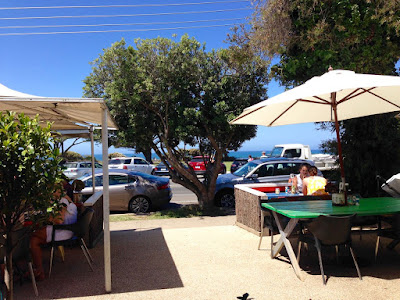 Not only was it a comfy corner of the verandah but it had a lovely view across the esplanade to the see.  This photo does not do it justice but you can see there is plenty of sea view seating outside. 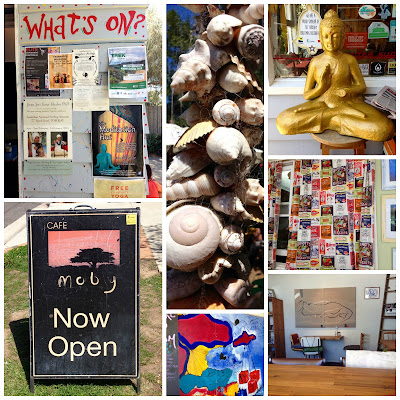 While we waited there was plenty around us to amuse Sylvia.  Next to us was a tongue in cheek VIP area.  Sylvia had never heard of VIPs so I tried to explain the idea to her.  "So who would go there?" she mused, "Santa Claus?  The Easter Bunny?"  Bless!

We didn't have to wait long. 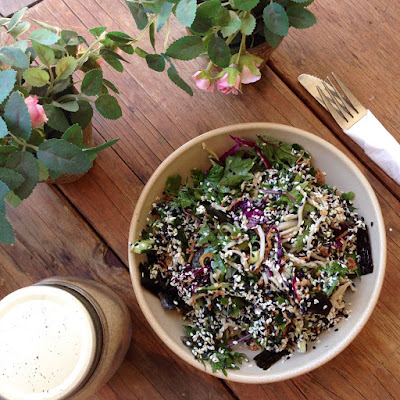 I ordered a soba noodle salad.  It was excellent.  From memory, it had cucumber, edamame, rocket, sprouts, miso dressing and lots of crunchy sesame seeds and crispy fried shallots.  I was really won over the high crunch factor.  Sylvia picked out some nori and edamame.

It has been a hard choice between the salad and the pizza special with kidney beans and avocado but I feel I made the right decision. 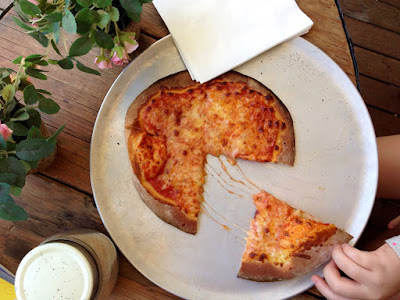 Sylvia had the kids margherita pizza.  Cheese and tomato but hold the basil!  I had a taste and thought it very nice.  She pulled a lot of the cheese off.

She had a slight rash around her mouth at the end of the meal.  I was a bit concerned that there might have been peanut oil in the salad.  When I checked the staff were very reassuring that there wasn't, especially one who had allergies herself and knew exactly what I was talking about. 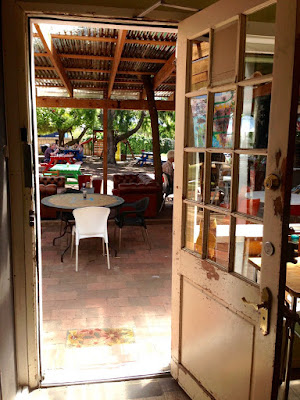 Here is a glimpse of the back area if you fancy swapping sea views for a leafy playground area.  The cafe seems well equipped for winter with lots of nice indoor nooks too. 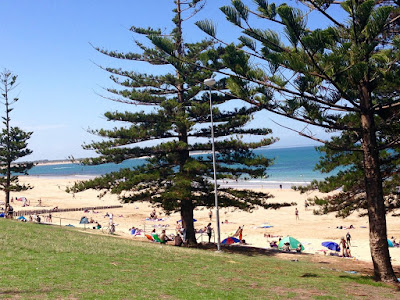 I was tempted by some juices, smoothies and cakes.  But Sylvia loves ice creams so instead we went up to Frenchies for an ice cream and ate it walking along the Esplanade overlooking the sea.

Then we went home via my brother's and my sister's homes to drop off hand me down clothes from Sylvia, many of which she had been given by her older cousins.