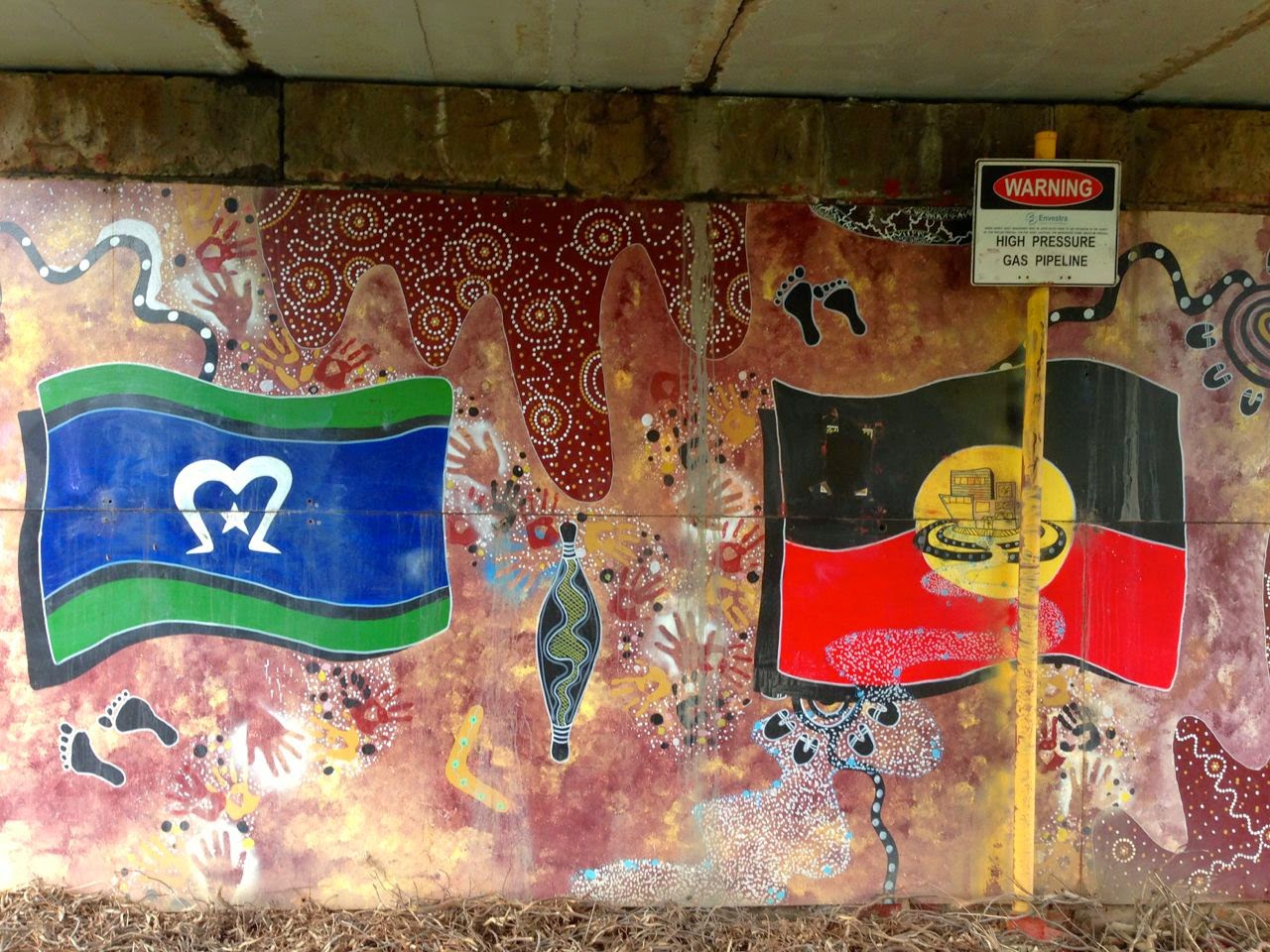 Today is National Sorry Day.  This is the day to remember the history of Aboriginal and Torres Strait Islander people in Australia and the injustices they suffered.  It heralds the start of National Reconciliation Week which celebrates two important moments in Aboriginal history: the anniversary of the 1967 referendum when Aboriginal people were given the vote and the 1992 Mabo ruling that was a breakthrough in landrights for Aboriginal people.  To celebrate our national Indigenous culture I bring you some images of Aboriginal art and images from around Melbourne. 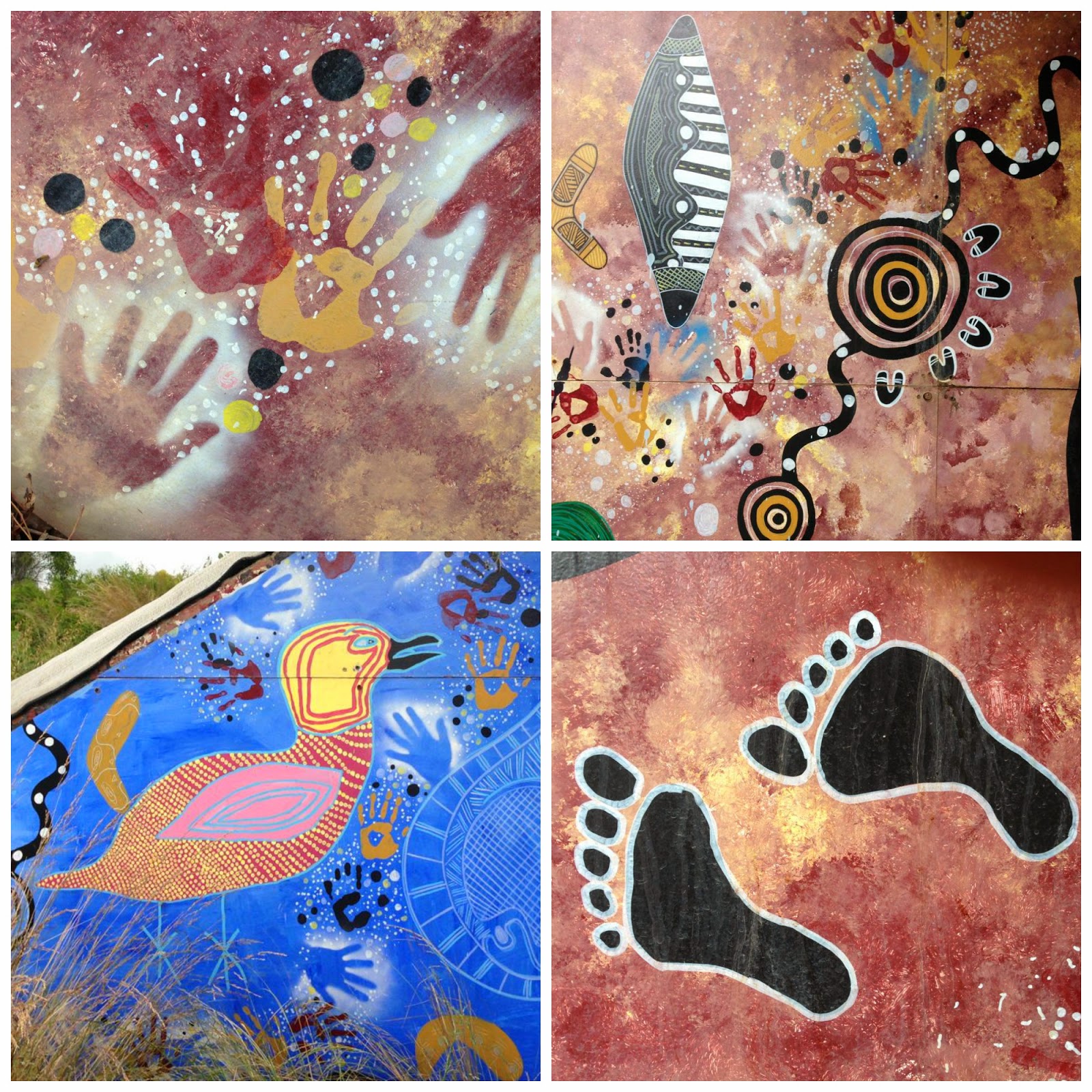 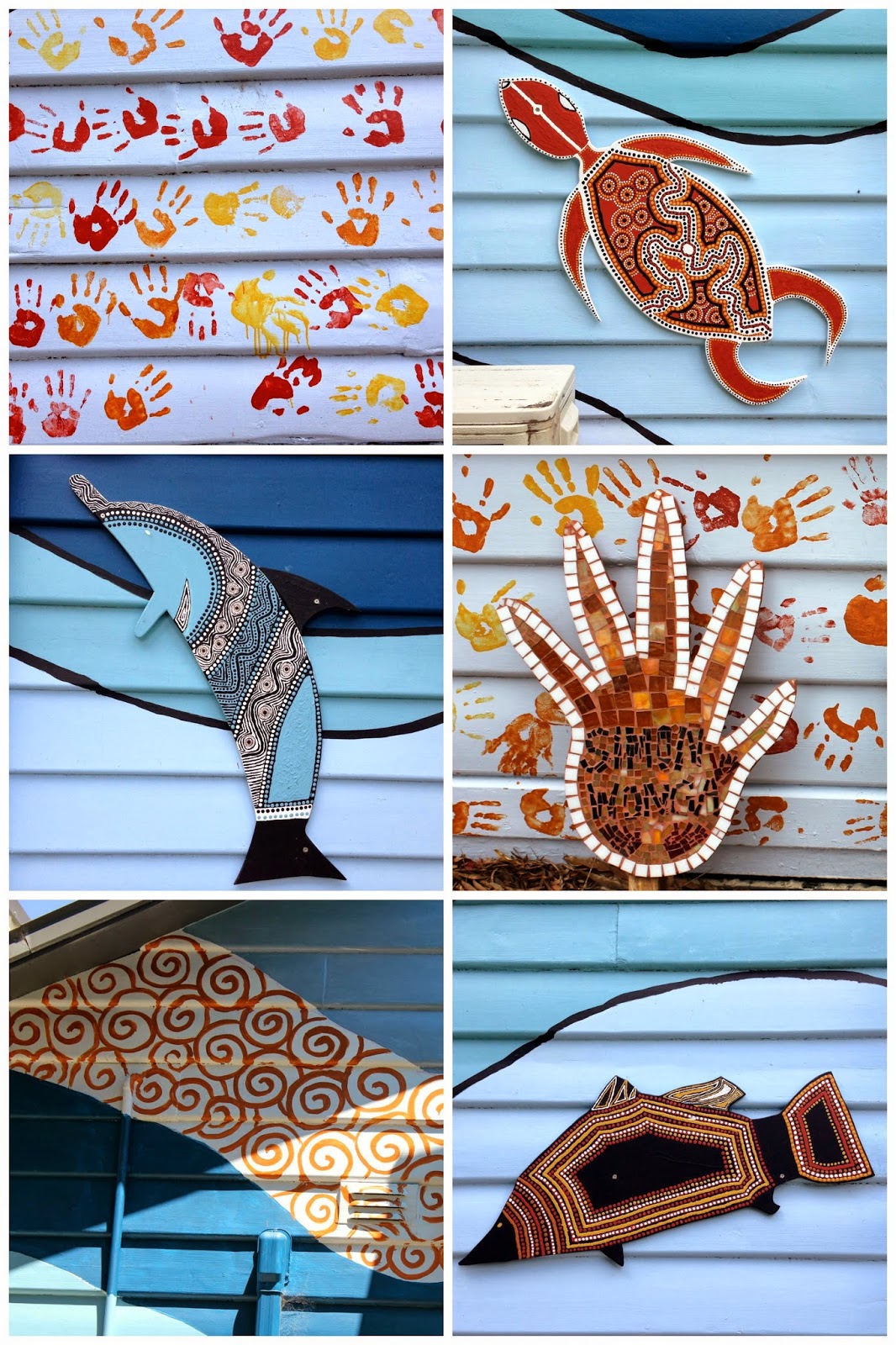 While I am taking a blog break, I am sharing some photos of street art that I have taken over the last few months.  I will return with more food posts in June.

Update July 2014: I have added a photo from Fitzroy St that fitted with this group of photos.  It is by a (non-Indigenous) street artist called Adnate (who also did the Gertrude St painting).