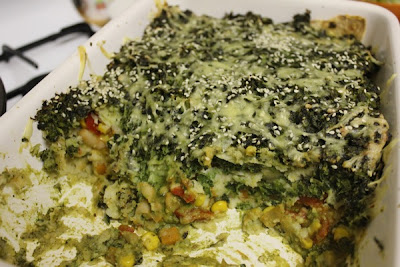 As I have mentioned before, I have been avoiding the temptation of new recipes.  Many old favourites are appearing in our kitchen.  But when a dish appears with the temptress name of Green Goddess Enchiladas using lots of kale which is overgrowing in the garden, it is hard to resist.  It doesn't mean the dish will be as gorgeous as Joanne's version but I had to have a go. 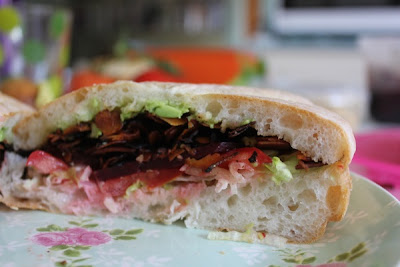 Before telling you about my struggles with the enchiladas, I wanted to give a quick round up of some of the recipes that I have loved revisiting and one that turned on me.  Firstly here is a little overview of dinners last week:

The soup was great and I got some lunches out of it.  I loved revisiting the coconut bacon.  We had it for lunch on the weekend in a salad sandwich with mayo, lettuce, tomato, beetroot, and avocado.  Even Sylvia enjoyed it.  I also tried the broccoli burgers on Sylvia but she only ate as much as she needed to eat the tomato sauce off the top.  My other enjoyable recent meal from my recipe index was tacos with a simple Kidney Bean and Corn Stew.

The mock tuna salad was the one that turned on me.  Well it was a matter of me discovering that dijonnaise was too spicy for me.  Unfortunately I only made the discovery after throwing far too much into the salad I had prepared.  I hadn't realised the dijonnaise was so different to mayonnaise.  A stomach upset that night made sure that I have no desire to ever eat it again. 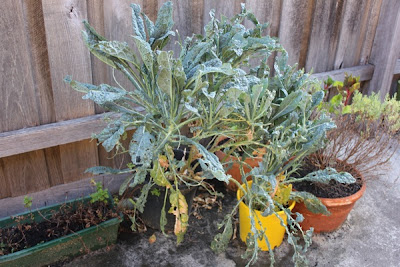 I am not sure that my kale plant was much kinder than the dijonnaise.  Here it is before the harvest.  Who would have guessed that kale would thrive in a Melbourne backyard in summer.  Its main problem - apart from neglect - was the little insects that race me to chomp through it.  If you saw how brutally I harvested my kale, you might think I didn't deserve any kindness from it.  There is only a stump left. 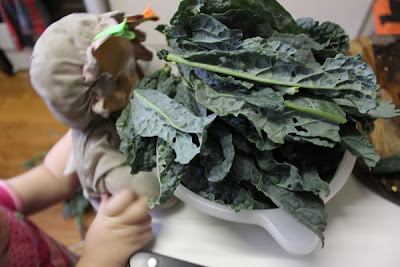 It felt like a forest in the kitchen.  Much of it went into the compost.  I tried to pick only the nicest leaves.  Sylvia and Dolly were most most interested in it.  I stuffed it into my food processor and blitzed it as much as possible for the Green Goddess sauce.  The sauce never tasted quite right.  Slightly too bitter.  I'd like to think it is a learning experience but I have made the same mistake before. 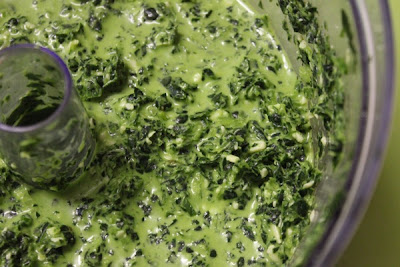 My main mistake was not so much the kale as the corn tortillas.  I love the latter in enchiladas.  But they can turn to mush all too easily.  And that is what happened.  I was just a little too eager to use up all the kale and a little too busy to read the recipe properly.  Though I did like the tips on heating the corn tortillas to make them easier to work with. 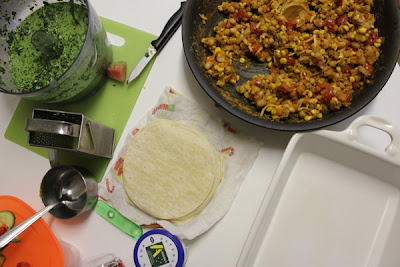 Joanne's post had a photo of enchiladas all crisp with just a little sauce (and used some of hers on the bottom of the pan as well as the top.  My photo is of the enchiladas buried under a blanket of sauce.  Maybe it would have been better if the sauce was less bitter.  My mum suggested that the kale might have been a bit old.  I found that the dish was actually better on the second night with a dollop of guacamole. 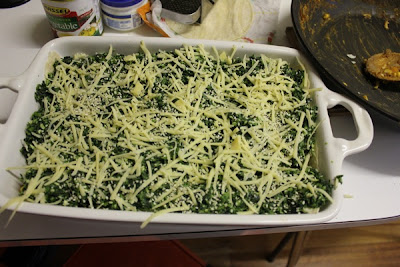 I swithered over whether to post this recipe but despite the corn tortillas not crisping on top it was quite tasty and I learnt a few things.  January has been an interesting month for posting less recipes and more of my crazy ideas from my backlog.  This has also been a survival mechanism while Sylvia is still not sleeping well in the evenings.  Fingers crossed her sleeping improves.

I would love to dig a few more posts out of my backlog but it is Australia Day on Thursday and a beach holiday beckons so it may be a bit quiet around here, though I have one backlog post in mind that may be scheduled if time permits.  Meanwhile I am sending Green Goddess Enchiladas to Cinzia of Cindystar for Weekend Herb Blogging #318, the event coordinated by Haalo and founded by Kalyn.

Previously on Green Gourmet Giraffe:
This time last year: NCR Sushi Salad and Sushi Rice
This time two years ago: Muffins at the tennis
This time three years ago: Apricot History and a Chutney
This time four years ago: HoTM #11: Chunky Beetroot Soup with Kidney Beans

Cook onion, carrot, capsicum and corn in a large frypan until onion has softened (I added the vegies as I chopped them in that order).  Add chickpeas, cannelini beans and cherry tomatoes and cook for a few minutes until tomatoes start to wilt.  Add spices and stir about one minute then turn off the heat and add pumpkin (soup) and 1/2 cup cheese.  Check seasoning.  Set aside.

To make suace puree all ingredients in a food processor until fairly well blended.  (I pureed my raw kale first to make sure it got well chopped and then added other stuff but that is only because I am paranoid.)

Heat corn tortillas.  Do this by either 1) wrapping the stack of them in aluminum foil and placing them in the preheating oven for 5-7 minutes or by 2) microwaving them covered with a wet (wrung out) paper towel for 30 seconds.  Spoon 2-3 dessertspoonfuls of mixture onto each tortilla, roughly roll up and place seam down in the prepared casserole dish.  The corn tortillas crack a bit but don't worry too much about this.

Pour kale sauce evenly over top of enchiladas. Joanne says not to worry if it is liquidy.  My sauce covered the whole lot and I think next time I would make sure there only enough sauce so that there is plenty of tortilla showing through it.  Sprinkle with remaining 1/2 cup of cheese and scatter with sesame seeds Bake for at least 25 minutes (mine was more like 40 and could have been more) until cheese is bubbly and the tortilla peeking through is crispy.

On the Stereo:
Super Trouper: ABBA
Posted by Johanna GGG at 23:30