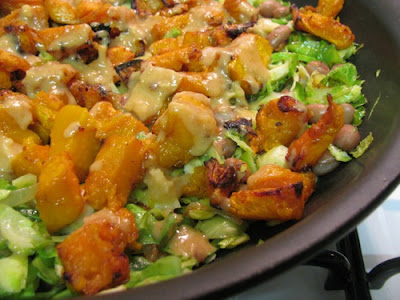 Sylvia and I went to the zoo this weekend.  We had a great time.  I made muffins to take along.  Later that night we ate the muffins with a salad I found in a new cookbook by Denis Cotter.  However before I tell you about them I want to reflect (or rant, depending on your point of view) on a few things I have come across lately regarding being vegetarian. 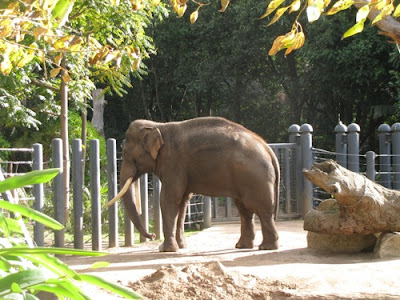 Vegetarian Kids: I recently was browsing through Kaz Cooke's Kid Wrangling: the real guide to caring for babies, toddlers and preschoolers.  I was quite shocked to read the advice that "Many vegetarian parents allow their young children to eat meat ... because they see this as the best way for their kids to grow and develop in the early years."  She went on to say that if you were raising your kids as vegetarians you would have to have it approved by a nutritionist and that your kids would probably be smaller than average.

Unlike other chapters, there were no helpful quotes by vegetarian parents.  There was no breezy information about those who did successfully raise vegetarian children.  It didn't consider that parents who feel uncomfortable about eating meat might also feel uncomfortable about giving their children meat, or that they might let their child decide to eat meat rather than decide not to eat meat.  In fact it made me feel like I was being told that I was a bad parent to bring up a child as a vegetarian.

This attitude is not surprising, given the number of ill informed health professionals I have encountered.  It wasn't until I saw a dietician at our children's hospital, while Sylvia was being treated for other issues, that I finally felt I had some good advice on Sylvia's vegetarian diet.  Disappointing nevertheless from someone like Kaz Cooke who has produced so many incisive cartoons and always seemed to have her head screwed on the right way. 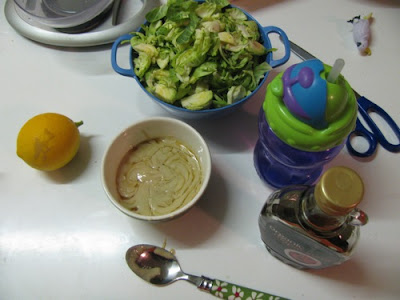 Vegetarians eat more than Vegetables: My next musing was prompted by an article in the Travel section of the weekend Australian newspaper about 3 weeks ago about vegetarian restaurants in New York (called something like "dining to a different beet" - it doesn't seem to be online).  It was an interesting article but seemed to talk about new ways of serving vegetables.  I love vegetables but the idea that this is all vegetarians need is silly.  People love to talk about vegetarianism as a negative.  You just take meat out of your diet.  Meatless Mondays.

Yet being vegetarian just isn't so simple.  Why can't we have Tofu Thursdays or Soybean Sundays.  Yes, yes, I know that no one would be swayed by them but at least it would make the point that it isn't just about subtraction.  It is about transforming your diet. 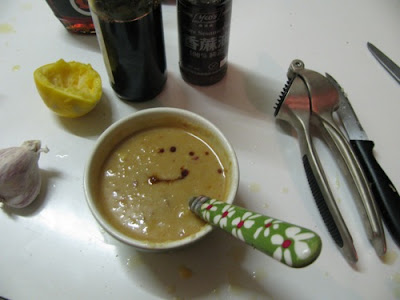 Loosen the edges of yourself: Transformation brings me to my next point.  I heard an interview with film maker, Julia Leigh, where she talked about film loosening the edges of yourself.  I really liked the concept.   It got me thinking about how vegetarianism has loosened my own edges.  It changes the person that I am because it makes me an outsider to mainstream culture at times.  (That's why my salad dressing is smiling at me in the above photo.)  When I studied Nazi Germany as a history student at the tender age of 20, I used to wonder what I would have done had I lived through it.  Would I have blindly followed Hitler.  With hindsight, I can gladly say that I don't think so.  Though who knows. 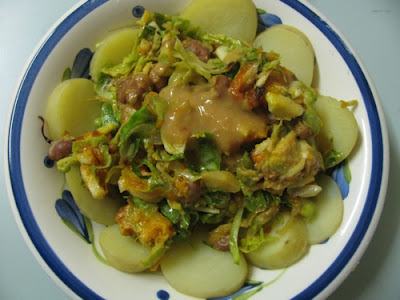 Lest these thoughts on vegetarianism, seem too negative, let me introduce you to Denis Cotter's new cookbook, for the love of food.  My mum and dad recently visited my sister in Ireland and were lucky enough to eat at his restaurant in Cork.  They brought home a copy of his newest book.  I absolutely loved reading his previous book Wild Garlic, Gooseberries ... and Me but the recipes are quite time consuming.  This book is less about showcasing unusual ingredients and more about home cooked meals.

Before I became vegetarian, I was attracted to a vegetarian diet.  I love the way vegetarianism focuses getting nutrients through eating a variety of vegetables, legumes, nuts, fruit and grains.  Perhaps I could be so bold as to say it is a wholistic approach to diet.  What I love about reading Denis Cotter's recipes is that he gets it.  What joy it is to read a chapter on salads that are satisfyingly full of vegetables and proteins. 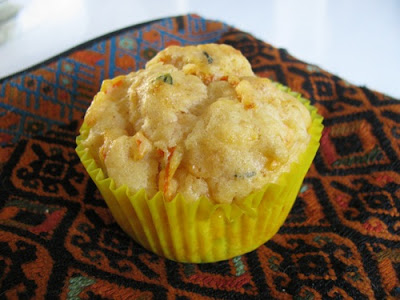 After my mum brought the book (and a wedge of pumpkin) with her on a visit, I found myself reading it in bed and thinking I have every thing I need to make that salad of brussels sprout tops, pumpkin and borlotti beans with a maple sesame dressing.  Easy!  So the next day I made it after work.  As usual, it took a bit longer than I had hoped but it wasn't too onerous and it was very tasty.  (We had leftovers which didn't keep that well.)  I had leftover dressing and thought it would be an excellent dipping sauce for veg but haven't tried that.  Only after I made the salad did I re-read the recipe and wondered what brussels sprout tops were.  I just used regular sprouts.

I served the salad on the first night with boiled potatoes which was surprisingly good.  When I served up some leftovers I made some veg sausages to go with it and also the carrot muffins based on my smoky parsnip muffins.  The sausages tasted excellent but looked so odd that I might try them again before posting.  The muffins were light and tasty.  I was particularly pleased that they worked because halfway through throwing them I found we were out of milk so I substituted soda water.  It seemed fine.  Sylvia wouldn't eat the muffins but she is picky.  I was glad of them as an alternative to any of the food at the zoo.  I like alternatives.

Brussels Sprouts, Pumpkin and Bean Salad with Maple Sesame Dressing
Adapted from for the love of food by Denis Cotter
serves 4

While pumpkin and onion are cooking, make dressing by stirring all ingredients together until smooth.  Preferably use a bigger bowl than mine!

When pumpkin and onions cooked, add brussels sprouts and a tablespoon of oil to the frypan and cook over high heat for 5-10 minutes until leaves soften but keep their brilliant green.  Add borlotti beans and stir them a minute or two to warm them.  Scatter with pumpkin and dollop some dressing on them.  Serve warm.

Mix carrot, thyme, cheese and flours in a large mixing bowl. Mix soda water, oil and egg in a small bowl with a fork until mixed. Spoon into greased or lined 12 hole muffin tin. Bake at 180 C for 20-25 minutes (I baked mine for 25 minutes). Cool on a wire rack. Best eaten when room temperature.

On the Stereo:
Son of Evil Reindeer: the Reindeer Selection
Posted by Johanna GGG at 20:15