Going on a picnic with nutroast 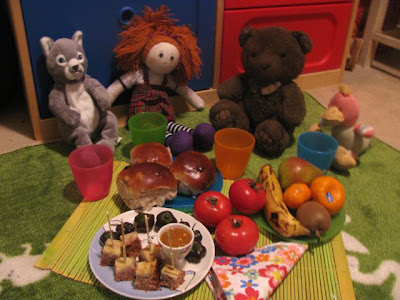 It has been quite a week. In this side of the world it was the winter solstice. In our country, we had the appointment of Australia’s first female Prime Minister. In our house we had many chocolate treats, a soup that reminded me of gravy and a nut roast that gave the soup new life as a sauce. The nut roast may have been inspired by the soup and a celebration of the solstice, but it was also the perfect offering for a virtual picnic.

I found the nut roast recipe many months ago via the International Vegetarian Union list of cookbooks. I love browsing the historic cookbooks and found one called Modern Meatless Cookbook: five hundred recipes for preparing food with special reference to cooking without meat published by the House of Rest, San Jose California in 1907. 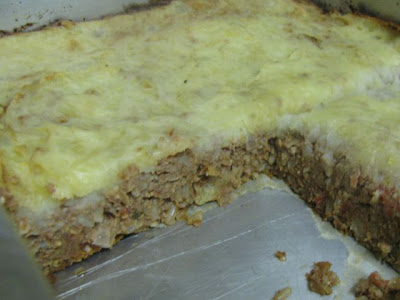 The idea of baking a nut roast covered in mashed potato appealed in a daggy retro sort of way. The minimal instructions in these recipes always scares me a little. This one had all of two sentences: “Mold into a roll. Spread with a covering of mashed potatoes and bake in slow oven until well browned.” It was not quite that simple. So I have modernised the recipe a bit in my adaption. 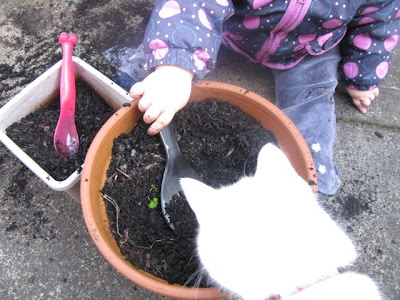 Though the recipe looked straightforward, there were many components and it took me some hours to make. I started cracking the walnuts mid afternoon while Sylvia insisted on staying outside in the garden and digging in some pots of dirt. Zinc ran around like a crazy cat looking for new places to explore. She managed to climb on the handle bars of E’s neglected bike and looked for all the world like she was trying to figure out how to work the damned contraption. 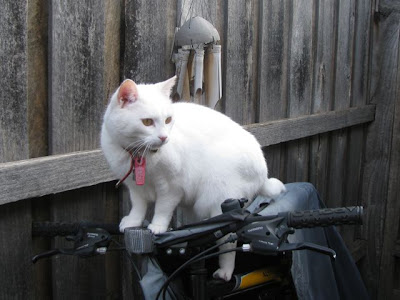 I ground nuts, boiled rice, made fresh breadcrumbs, fried onion, boiled potatoes and in the middle of it all I had to run out to pick up the car from its service. I also burnt the rice while washing the dirt off Sylvia's hands but managed to salvage enough of it. When we sat down to eat it, the work was worthwhile. The nut roast was dense and substantial – dare I even say meaty! I loved the combination of ground nuts, breadcrumbs and rice. (E loved it but Sylvia was not a fan.)

When I first found the recipe, I had intended to serve it with this sherry gravy. Meanwhile I made a pumpkin soup with some leftover beetroot and rhubarb crumble. It wasn’t quite right and seemed more gravy than soup. In fact, I felt it was in need of a nut roast and hence dug out this recipe. The smooth well seasoned sauce with a hint of piquancy was perfect. It pooled around the slab of nut roast the mound of mashed potato and the pile of brussel sprouts. It was a great way to include more vegies in the meal. 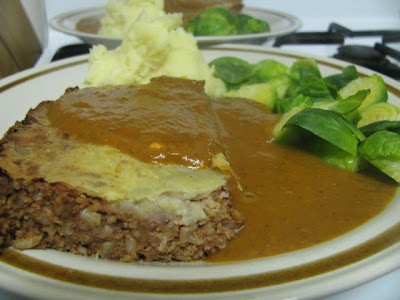 One thing I loved about the nut roast was the crispy little layer of mashed potato. In fact when I sliced it up I thought it would make great finger food. I knew the Louise was holding a virtual picnic and thought she would love some nutroast. Hence my special picnic photos (which are actually taken at night as it is winter here but just ignore that and admire the little capsicums and tomatoes from my mum's garden). 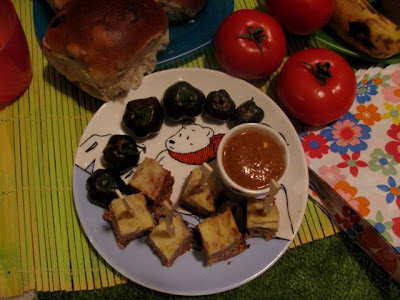 This blog event, being held by Louise at Months of Edible Celebrations, is quite different to most events that I participate in. It is based on the picnic game – you know, the one where you say "I went on a picnic and I took an Apple", and the next person picks something starting with B and the next person picks something starting with C and so on. Each person also has to remember the letters before them so the last person has to recite a long list. Well fortunately my memory is not being tested here but there is an alphabetical list to include. So here is my contribution to Louise’s picnic game:

I’m going on a picnic and I’m bringing: 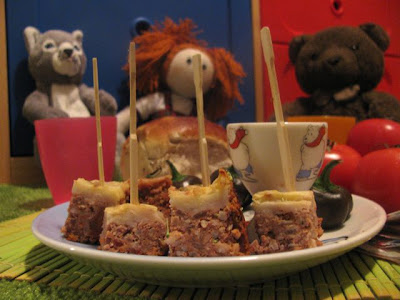 Louise will post the whole picnic alphabet on Thursday 1 July so be sure to visit to check it out. I will also fill in the dishes as they are posted for A-M. For those of you who haven’t yet discovered Louise's wonderful blog, you will also find lots of fascinating information on food being celebrated each day, week and month. The picnic game celebrates National Picnic Month in July in the USA. But I think my favourite celebration I have seen on her blog lately is Kitchen Klutzes of America Day (13 June).


Prepare the ingredients. For me this meant shelling and grinding the nuts, cooking the rice, processing the breadcrumbs, frying the onion in the oil til brown and cooking the potatoes for about 20 minutes and mashing them with milk and butter,

Mix nuts, brown rice, breadcrumbs, fried onions, eggs, sage leaves, tomatoes and seasoning. Adjust seasoning according to taste. The recipe said to mould into a roll and cover with mashed potatoes. My mixture was not that firm so I decided to spread it in a lined and greased 22cm square tin and spreading a thin layer of mashed potato over the top.

I baked the nut roast in the oven at 170 C for about 50 minutes and then for 15-20 minutes at 220 C until the mashed potato was browned and starting to crisp up. It reheated well the next night in the oven without any foil over it because mine wasn't that brown.

On the stereo:
self titled: art abscons / gabe unruh