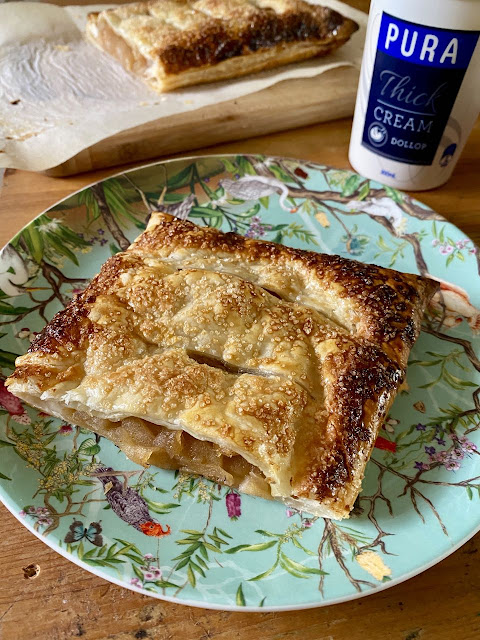 On the eve of Mothers Day, Sylvia was at her dad's and I sent her a message to say I had baked bread and stewed apples.  She replied, "This day just gets better and better!"  What a sweetie!  Once we had the stewed apples, it was a no brainer to make it into apple pie for Mothers Day.  CoVid19 restrictions prevented me visiting my mum but she was with me in spirit (as well as on Zoom) with her inspiration for the pie. 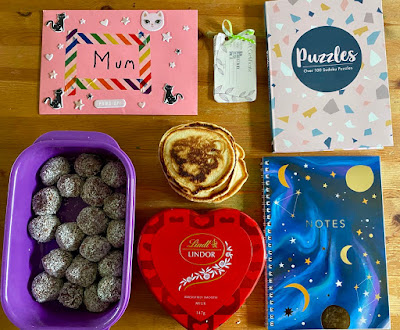 It was a very quiet Mothers Day but Sylvia did an amazing job of looking after me.  She made my childhood favourite sweet treat, grubs.  She bought me some lovely presents locally, decided to make pancakes and gave me some gift vouchers for housework and cooking! 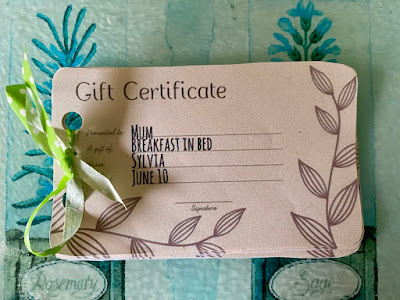 The gift vouchers were a school project which was really lovely.  Our school usually does a mothers day stall and mothers day projects.  I appreciated how innovative and thoughtful the school was in supporting the kids to do something for mothers day, even while the kids were doing school from home. 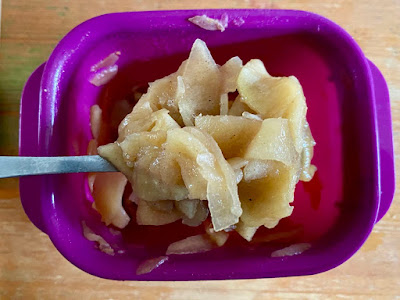 I was really relieved when I finally stewed my neglected apples.  At this time of year it is easy to get excited by apples and then lose some of that interest before they are all eaten.  We had quite a few that had been rolling about the fruit bowl for a few weeks.  They don't taste so great raw after sitting that long but they stew up a treat! I followed this recipe and managed to stop stewing before they were mush.  I had enough apples to double it and they were so good we ate a lot cold as they came from the tub.

I cut them up on a Friday night while watching Lion, a film I had wanted to see for some time.  It tells the story of a little boy in India who got lost on a train and ended up being adopted in Australia and as an adult searching Google Maps to find and be reunited with his Indian family.  Though, as every time I watch any show at the moment, I feel all horrified and jealous and nostalgic when I see lots of crowds in public and on planes and at school. 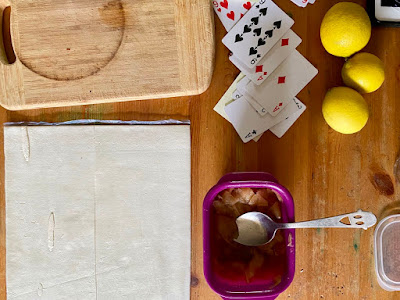 It was quite easy to take some puff pastry out of the freezer and make apple jalousie.  While I love a traditional apple pie I wanted to keep it easy.  My mum has been making jalousie with spinach and feta stuffing.  I was not that sure what a Jalousie was until I read Martha Stewart note that jalousie was french for shutters.  Which makes sense of calling this pie a jalousie with its cuts across the top.  It also means no waste or fuss when dealing with the pastry squares our pastry is ready rolling in. 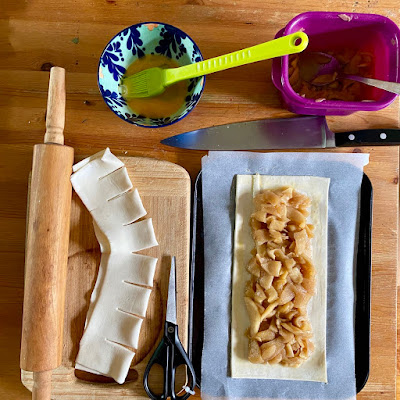 The recipe I found in taste.com.au said to fold the pastry in half and cut and then unfold onto the bottom layer.  I think my mum just puts the second layer on and then slices across the top piece of pastry.  Next time I think I will do that as it was a bit fiddly folding it in half.  I used an eggwash for this pie because we had plenty of eggs but I have done similar sweet bakes (apple turnovers) by brushing soy milk on instead for a vegan alternative. 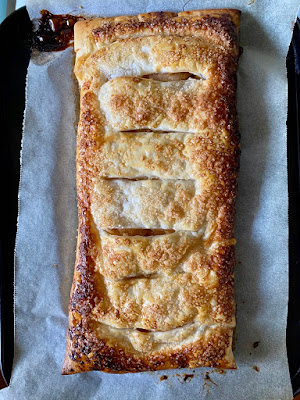 For dinner we had vegan omelette with sour cream and chive crisps in a sandwich.  Nothing fancy.  We dug into the apple jalousie and polished it off.  It was very good.  Sylvia had hers with a dollop of cream.  It was so quick and so delicious we made it again the next day in our lunch break so I could photograph it during the day.  (Hence the playing cards in one picture which seem a regular feature of Sylvia's maths exercises.) 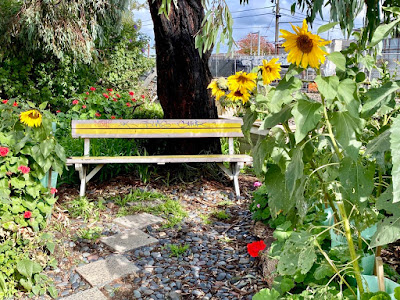 Finally here are some flowers for all those who do all sorts of mothering.  I went for a ride on Mothers Day and was quite taken by these sunflowers by the railway track.

Preheat oven til 220 C. Cut pastry in half and place on a baking paper lined oven tray.  Spoon stewed apple onto half the pastry, leaving about 1 inch around the edges.  Brush the edges with soy milk. Roll the second half to be a bit longer (not necessary but if there is a lot of apple, it helps it to fit under the doona).  Place second half of pastry over apples.  Brush with eggwash or soy milk.  Use a sharp knife to cut slats across the pastry from the short end.  Sprinkle with raw sugar.  Bake for 10 minutes.  Reduce heat to 180 C and bake another 10-15 minutes until golden brown.  Serve warm or room temperature.

On the Stereo:
Wide Eyed and Dreaming: Sea Stories
Posted by Johanna GGG at 21:31