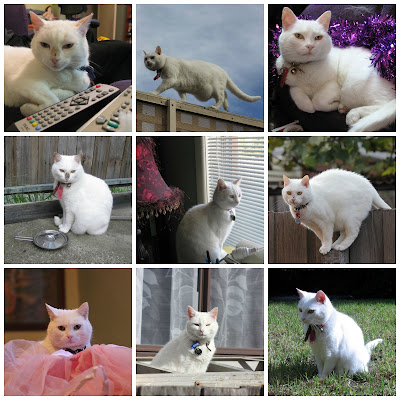 Last week our dear cat, Zinc, suddenly became weaker and weaker until yesterday she died.  She had been diagnosed with kidney disease a few months ago and once she caught cold, her kidneys just could not cope.  She stopped eating, lost weight, could barely walk or even hold her head up.  She was 15 years old and had been with us for 9 years.  Needless to say, we are very sad and miss her terribly. 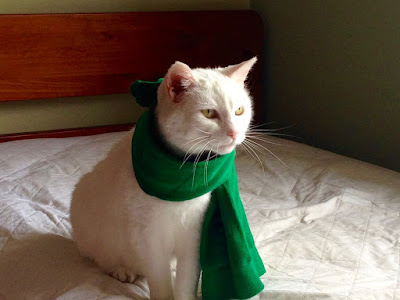 So this post is a self indulgent retrospective, starting with the story of how we got her when she was 6 years old.  (Apologies to those who have heard it before.)  A friend had got her from the lost cats home when she was 2 years old.  She had been looking for a kitten but took Zinc instead.  The staff were delighted because they had been meant to put her down but she had such a lovely nature that they couldn't bear to.  Four years later my friend decided to find a new home for Zinc due to allergies. 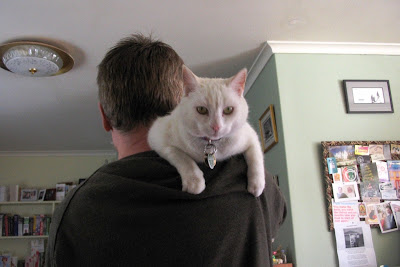 I grew up with lots of dogs about us and said I would never live with a cat but E grew up with cats and was keen to have one.  Zinc really was his cat, though Sylvia and I were very fond of her. 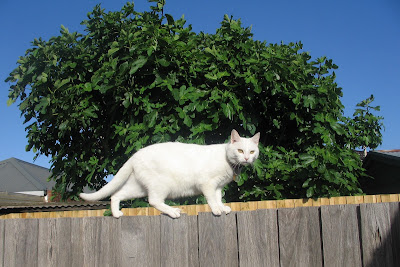 She took to our home and soon was up on the fence showing us who was king of the castle!  She loved to sit on this fence and watch us. 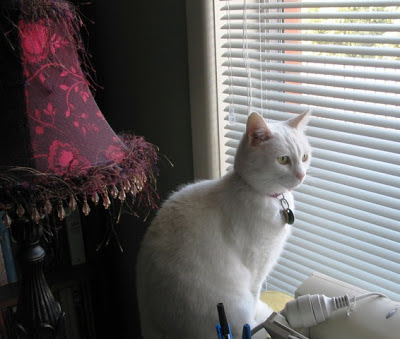 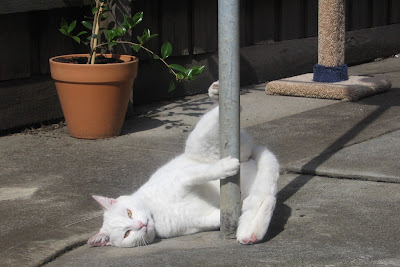 Zinc was a blessing in difficult times.  She had a calming presence and gave us many laughs. 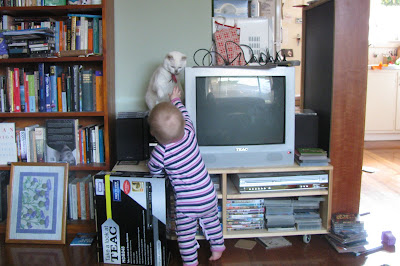 When Sylvia was born, we were concerned about how Zinc would welcome her.  Zinc was curious.  So was Sylvia.  When Sylvia got too close, Zinc would just pat her gently with her paw or walk away. 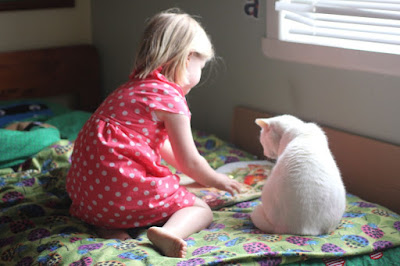 As Sylvia grew older, she loved playing with Zinc, though Zinc did not always do as she wanted and at times Sylvia did not want Zinc sleeping in her "house".  Her friends also loved to see her when they visited. 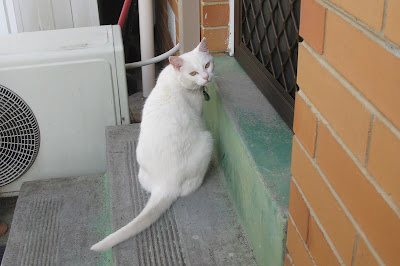 Zinc loved being outdoor.  She would often make a racket (almost as loud as when she used the litter tray) demanding to go outside.  Once out she would often want to in and out constantly, much to our chagrin.  Though she loved to watch for other cats at the back gate and to sleep in the sun at the front. 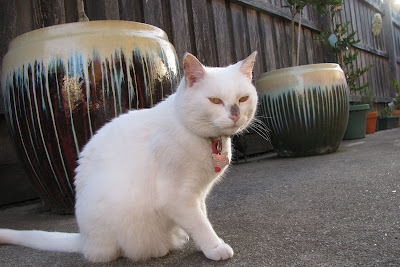 Unfortunately, being a white cat, she was very sensitive to the sun and had to stay in most of the day during summer to avoid sunburn.  For a time we put suncream on her nose and ears which resulted in black marks where she rubbed herself in the dirt. 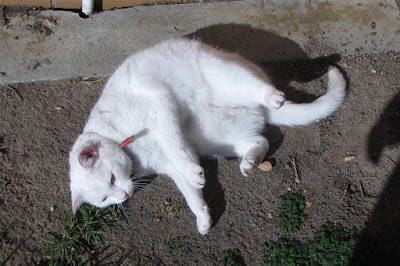 She sometimes came inside looking grey from rolling in the dirt but always washed herself and kept herself clean. 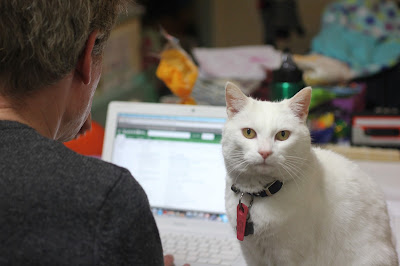 She would not sit on our laps but loved to be picked up and cuddled or just to sit beside us while we went about our business.  She loved to sleep on the bed when we went to sleep, sometimes tapping E's nose to he would lift the covers for her. 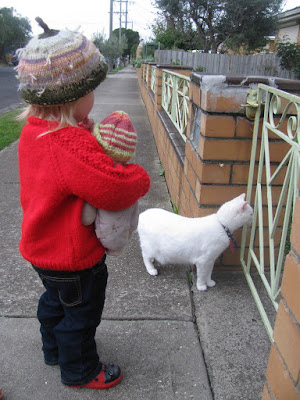 Sometimes I would take Sylvia for a walk around the block and Zinc would come part of they way with us.  Or she would wait outside on the footpath for E to get home from work. 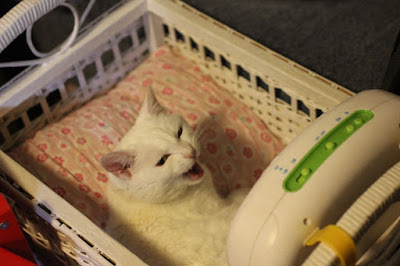 She was a creature of habit and often found a spot where she would sleep for weeks on end.  Then suddenly we couldn't find her and would search until we found her new spot.  Her sleeping spots included window sills, beds, couches, blankets, shelves, the pram and even the doll's cot. 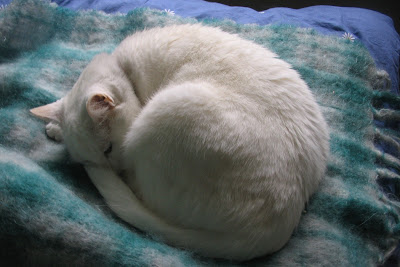 As she grew older she grew less active and slept even more.  I love this above photo because it shows just how soft and fluffy she was.  Below is one of the last photos of her wrapped in a blanket. 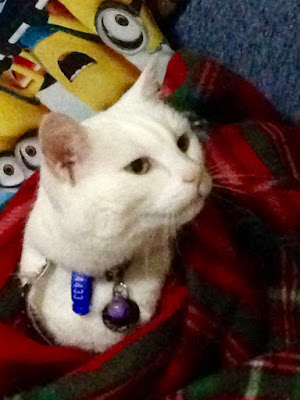 We feel lucky to have spent 9 years with Zinc.  E thinks we might get another cat some time.  I guess so but right now it is hard to think I could ever meet another cat who has such a lovely and gently nature as Zinc.
Posted by Johanna GGG at 22:38