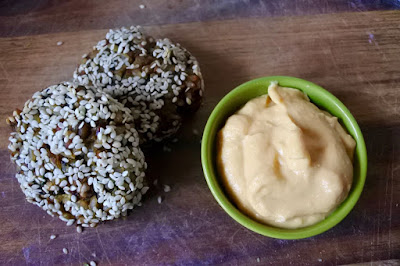 A couple of weeks back I finally made two recipes I have had on my to do list for ages.  Not just my gonna-make-it-some-day list but on my I-am-going-to -make-this-tonight-for-sure list!  And it has taken me weeks!  But I am really pleased to have finally tried the Earth Burgers and Life Changing Cheese Sauce. 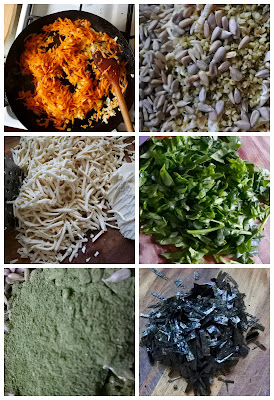 It was on the week that my car had a flat tyre.  It was very tiresome (indeed that pun was intended).  Not only did it happen while I was on a main road and meant sitting in a side street in the rain instead of arriving at work on time, but it also meant I had to get my spare tyre replaced and while I was at it, my friendly tyre store said I had another tyre that needed replacing.  So I had an hour or so to kill while they replaced my tyres.  Buying a Harry Potter movie was the silver lining on that afternoon! 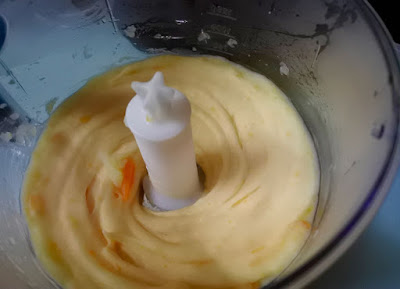 Sylvia is smitten with Harry Potter.  I had been promising her we would get the movie of the Chambers of Secrets a few weeks before when we finished reading the book.  And so we ate this meal while watching Harry Potter and finding that the DVD was so faulty we could not watch it through to the end.  Which was fine as it was so long that we needed to watch it over a few nights.

And besides I was quite happy eating the burgers with cheese sauce.  Happy because they tasted really good and happy because a friend had taken Sylvia for a playdate after school and so I had some space in my day to make them. 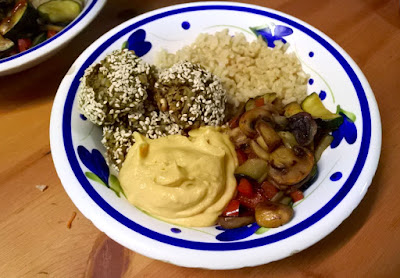 I really liked the earth burgers, esp the crunch of the seeds on the outside.  They taste like hippy vegetarian food and I say that in a good way.  No pretensions and airs.  Just good honest home made grub.  I cut the nori as small as possible with scissors and used sesame oil to fry the onions but am not sure I should do that.  Nor should you lump the nori under the tofu and let it become a wet blob - stir as soon as you add it.  It was fun to squelch the mixture through your fingers when mixing.  It is like playing with playdough.  Though I should have let the hot brown rice cool a bit.  It was so hot it was a bit ouchy (as Sylvia says).  But I was racing to have it ready before I picked up Sylvia.

The cheese sauce left me puzzled.  Fi at Eat Healthy Eat Happy called a Life Changing Cheese Sauce.  Well I guess it changed Fi's life but not mine.  It tasted like well seasoned mashed potato.  So I went with my gut and added some nutritional yeast flakes and enjoyed it but it was still not that much like cheese.  I would not claim like she did that it is the best vegan cheese sauce I have tasted.  And while it is great to have a nut free cheese sauce, I depend on cheese for nutrients and often use it to boost the protein in the meal.  This sauce is a nutritional lightweight compared to others I have made.  That is not always a bad thing.  It worked brilliantly with these protein rich burgers that needed a lighter but tasty sauce. 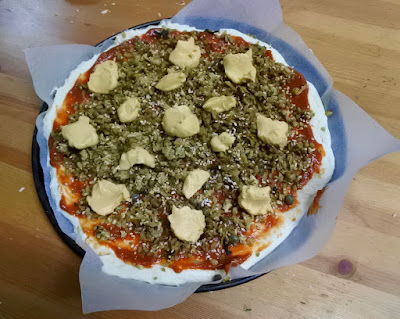 We got a couple of good nights of meals out of the burgers and then I had a few over and more cheese sauce.  Incidentally the sauce was lovely as a dip too.  I then made a pizza with tomato sauce, crumbled burgers (they did crumble rather easily) and blobs of cheese sauce.  I scattered a little grated cheese on it but it was pretty ineffective in both adding flavour and holding the ingredients on the pizza so I would probably do without the grated cheese next time.  It was a fantastic pizza.

I am sending these burgers and cheese sauce to Jac for Meat Free Mondays, Kimmy and Mary-Ellen for Healthy Vegan Fridays, and Cindy for Gluten Free Fridays,

Preheat oven to 180 C (or 200 C if you oven is slow like mine) and line a couple of medium baking trays with baking paper.

Fry onions in oil over medium high heat for about 5 minutes until mostly cooked.  Add grated carrot and stir in for a few minutes until it changes colour and looks cooked.  Remove pan from the heat and stir in chopped spinach.  Add remaining ingredients except sesame seeds.  Use your hands to mix together for 2-3 minutes to make it stick together.

Chill mixture in fridge for 30-60 minutes.  (It can also be left overnight in the fridge.)  Take handfuls of mixture and roll into patties using damp hands.  Pour some sesame seeds into a bowl (between 14 - 1/2 cup) and toss patties in seeds to coat them.  Place on baking trays and bake in oven for about 30 minutes.

Cook the potatoes and carrot in boiling water until soft (about 15-20 minutes).  Drain and blend.  Add remaining ingredients and blend until smooth.