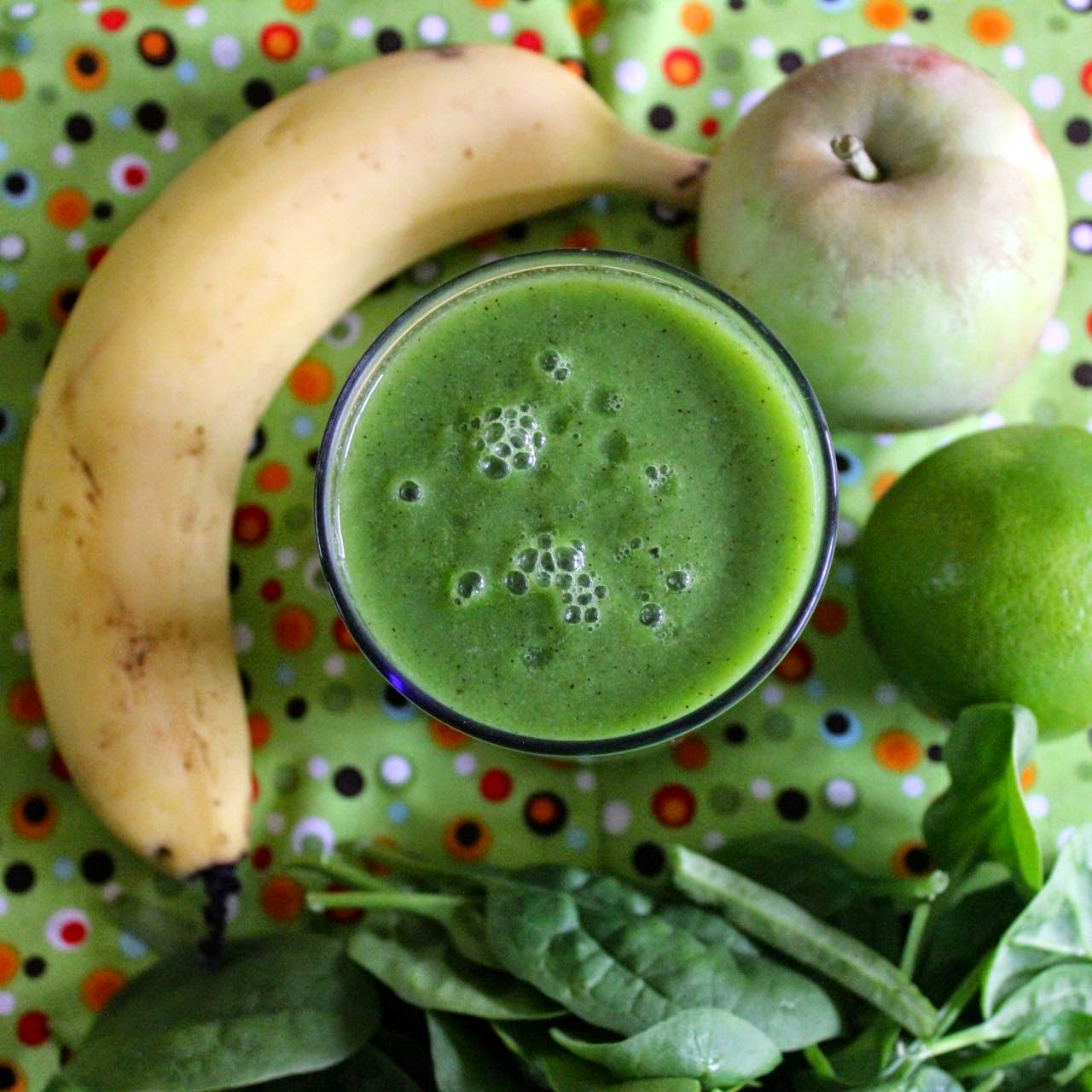 It seems every blogger has a green smoothie.  I have often put spinach into my usual smoothies and tried others.  I keep telling myself I will get into smoothies with kale.  Yet lately it is hard enough to even put spinach in, given that Sylvia is so fussy about colour.  I saw this delicious green smoothie on Coconut and Berries recently and it niggled at me until I had the ingredients. 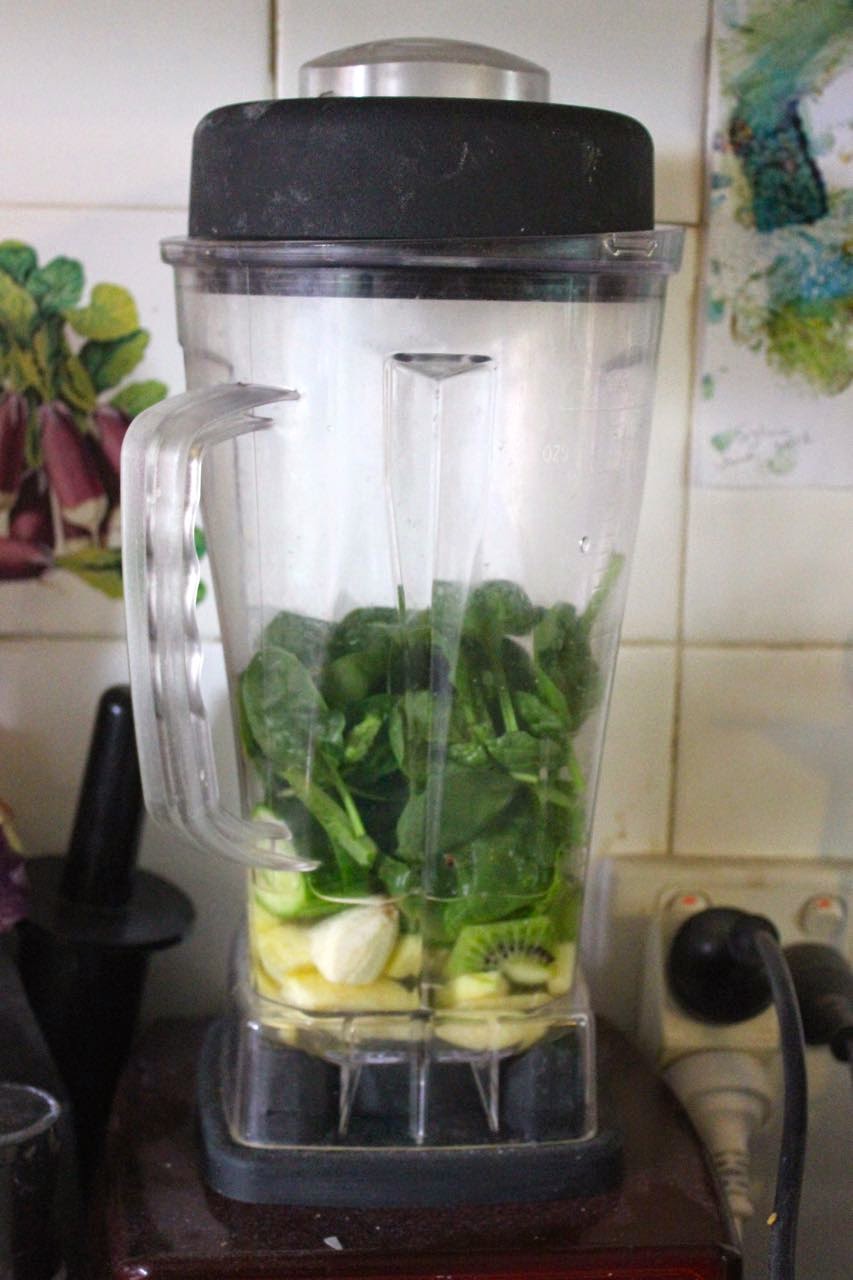 I made the smoothie after school.  Sylvia pleaded for me to make one without spinach and add the spinach after I poured hers.  I remained firm.  And she drank it.  Perhaps she was just hungry.  Maybe she will never drink another green smoothie.  But I was very happy.

I was even happier because it tasted so good.  Healthy, velvety and not too heavy.  I made a few changes to the recipe.  I didn't have coconut water but I did have limes.

The recipe comes from a cookbook called Greens 24/7 by Jessica Nadel.  I highly recommend you check out the review on Coconut and Berries with Emma's stunning photos to see some of the other tempting recipes in the book. 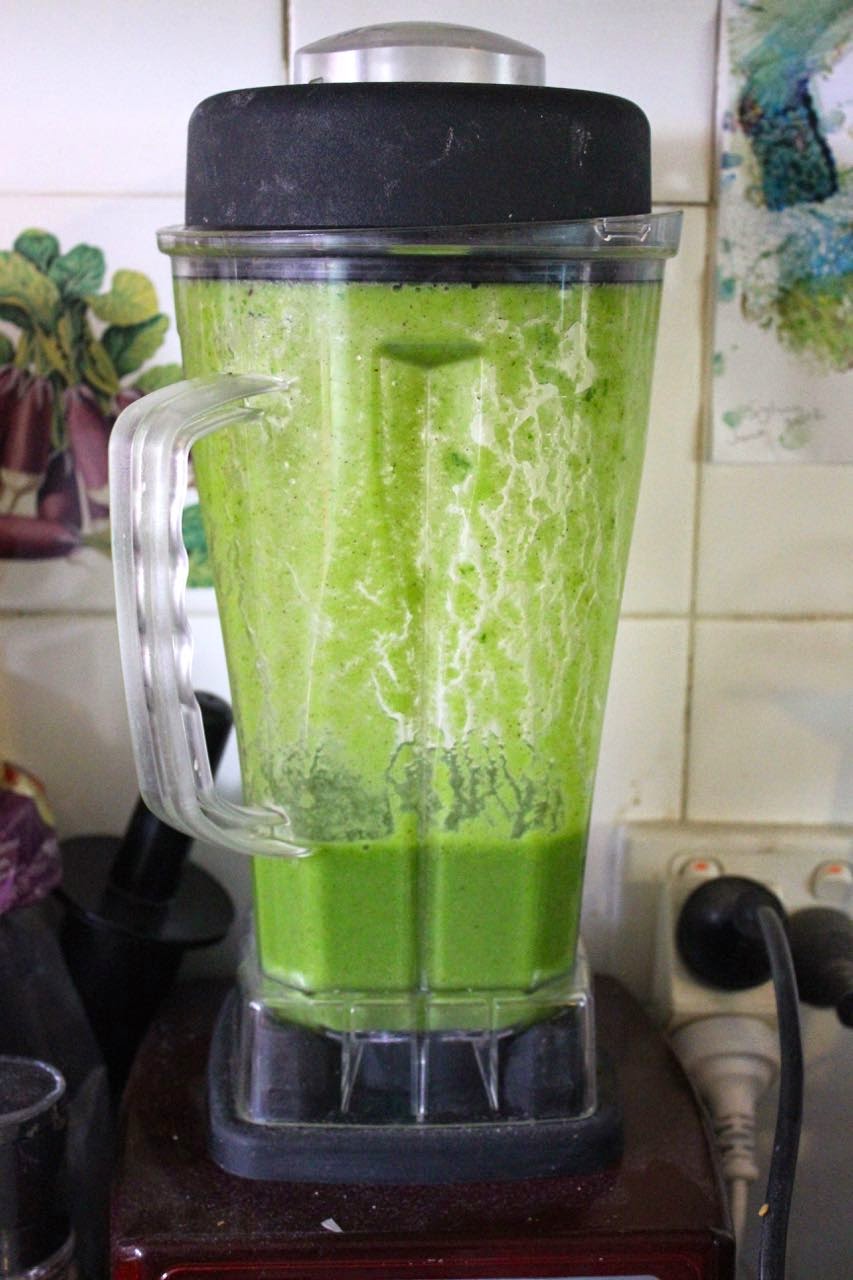 And now here are a few random moments.

I am sending the green smoothie to Shaheen at Allotment to Kitchen for Eat You Greens event.

Blend in a high speed blender until smooth.

On the Stereo:
Prism: Katie Perry
Posted by Johanna GGG at 22:00