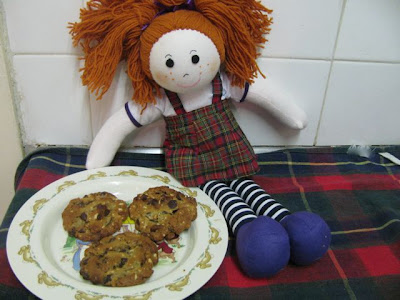 I had thought that I would get this post up last night but life is always unpredictable. Instead I did my first samurai sudoku that I have done for months. It used to be one of the weekend pleasures to sit down and complete the samurai sudoku from the weekend newspaper but these days I barely have time to glance at it.

The only reason I felt compelled to complete it last night was that I had been in the car with Sylvia and instead of her sleeping on the journey, she went to sleep 5 minutes before I arrived at the shopping centre. I had my sudoku with me and spent an hour doing it while she slept in the car. So I finished it last night while watching Masterchef, instead of blogging and knitting as I had planned.

Speaking of which, I couldn't believe it when I was looking at the toys yesterday and found that there is now junior Masterchef kitchen equipment packs for kids. I was also amused when I heard that E had shared the last leg of his flight home with Gary Mehigan, one of the Masterchef judges. E joked that he had overheard Gary chiding the air steward about plating up his breakfast. 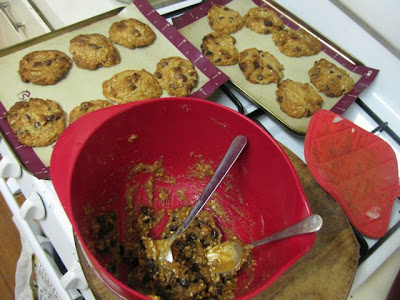 Seriously though, I had intended to make E some of his favourite choc chip cookies but I was tempted into unknown waters by Cakelaw's GF Peanut Butter and Choc Chip Cookies. I was intrigued by the cup of peanut butter in the mixture where you might usually find butter and flour. When I told my mum she thought it was outrageous - we have to agree to differ on this. I believe you can never have enough peanut butter. These cookies were light and buttery with a slight chewy texture. What I loved about these cookies is that they are easy and accessible. You would never guess they were flourless. It seems that the crunchy bits of peanut are the main clues to the peanut butter in them. I am curious to try baking them with smooth peanut butter. The ingredients are easy to find in most pantries or any supermarket. But the downside is that they would not be welcome at many children's parties, schools or child care centres due to the nut content. In fact, Sylvia has not even tried them because she is too young for peanut butter or chocolate (and she is quite happy with gingerbread).

However I think Sylvia's new doll would quite fancy a taste. (You can see her in the top photo.) She was a present from a family friend and came back from Scotland in E's suitcase. Gorgeous, isn't she?

Previously on Green Gourmet Giraffe:
This time last year: Preserved Lemon Stews and Intuition
This time two years ago: Rethinking Bread and Butter Pudding
This year three years ago: MM #12: A marriage of vanilla and chocolate

Roll teaspoonfuls of the mixture into balls and press lightly with a fork or do as I did and drop teaspoonfuls on the prepared trays. I did as Cakelaw wisely suggested and left plenty of room between cookies because they spread a lot. Bake for 8-10 minutes or until light golden. Leave to cool on the trays for at least 10 minutes or until cool. Store in an airtight container.