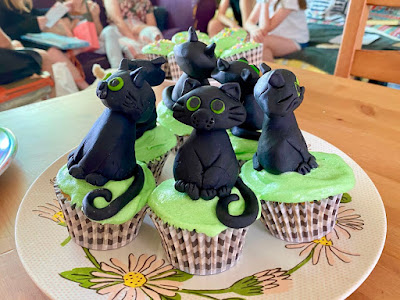 Joni Mitchell was right when she said "You don't know what you've got 'till it's gone".  I am finally posting about Sylvia's pre-coronial birthday party, held back when we didn't know how isolated life could be.  Now we are in lockdown, I look back with nostalgia to when we took for granted that we could hold a sleepover party, sit close together exchanging presents, take group selfies, share a meal with friends, take party bags to share among all her class at school, and visit extended family for a birthday cake.  We didn't know how special that was at the the time.  Perhaps that is why I can't bear to throw out the fondant black cats we made for the sleepover party. 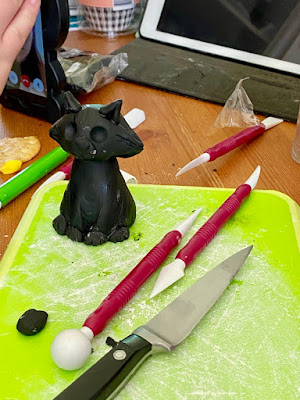 Sylvia chose to make the fondant black cats.  She loves her youtube tutorials and found this one by Zoes Fancy Cakes on How to make a black cat topper.  Which is why we made the cupcakes in front of a video on the ipad, constantly rewinding to check how to do it yet again.  (As an aside I am old-school and much prefer to scan text which is so much quicker than listening to the managers giving updates on videos or school teachers giving instruction on video, or even watching cat topper instructions on video.) 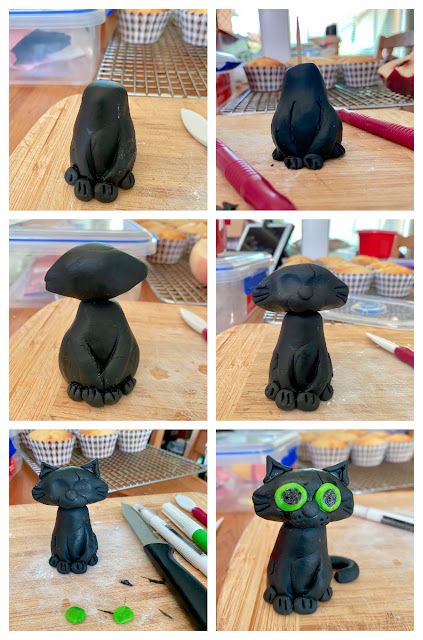 Despite my dislike of videos, this one did really help a heap in making our black cats.  I took a few process photos but my hands were too sticky and I had to concentrate too hard to take lots.  So I recommend the video instructions.  In a nutshell, we had to:

Place each cat on top of a cupcake if you wish but with hindsight I think they were rather big for cupcakes.  But they still delighted the kids! 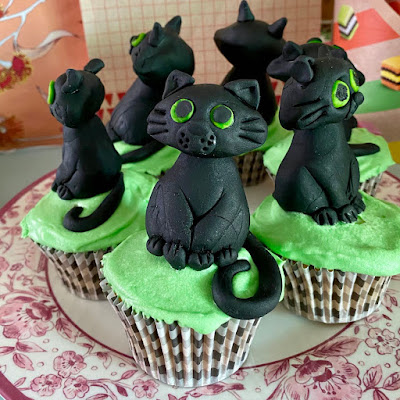 Maybe not our easiest project ever!  But Sylvia is 11 so we were both able to make them.  And the little cats were so cute.  A few tips: The fondant cats were made in the morning before the party.  There was much to do before the 5 guests arrived at 4.  By then we had set up the lounge with folding beds.  The sofa bed was taken out later and one guest left at 8.  Another couple of kids left during the night.  So it was an interesting slumber party. I spent quite a bit of it in my room but it took quite some time for them to settle. 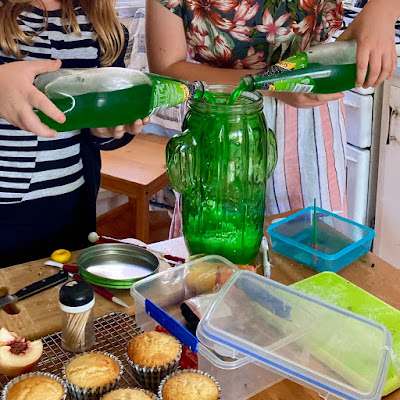 One of Sylvia's friends came over early to help with organising.  They were so cute when they made a green version of Sylvia's favourite punch. 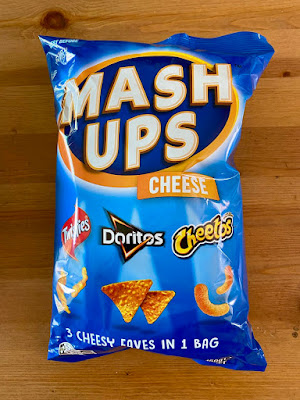 We were excited to find this packet of mash ups with a mixture of Twisties, Doritos and Cheetos.  For some reason, Sylvia loves Cheetos but I am more old fashioned and love Twisties. 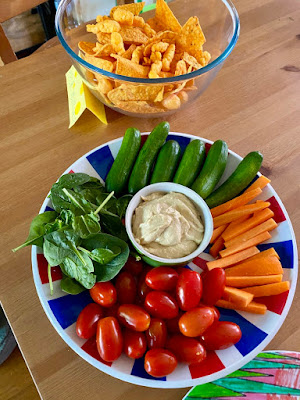 We tried to give some healthier snacks as well.  Vegies and hummus were offered while the girls waited for takeaway pizza for tea. 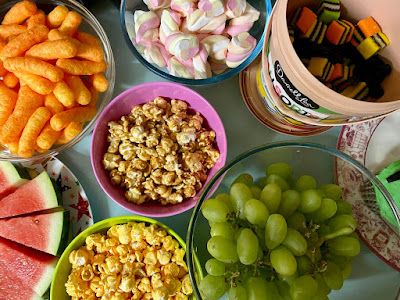 Sylvia chose some snacks to put out for later when they were watching a film.  Yes, too much and plenty leftover! 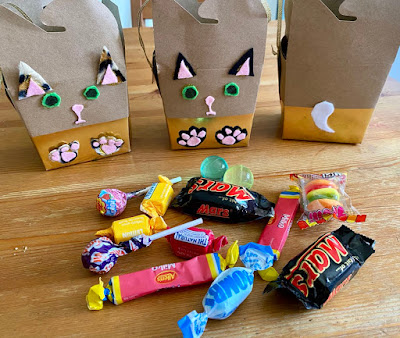 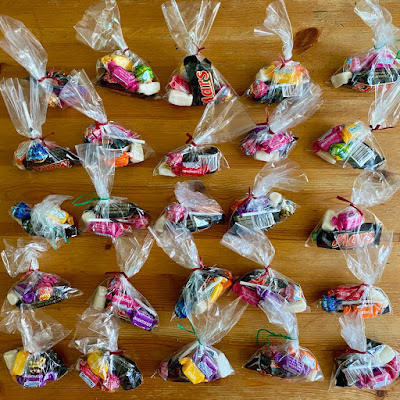 And more lollies in the party bags to take into school for her class. 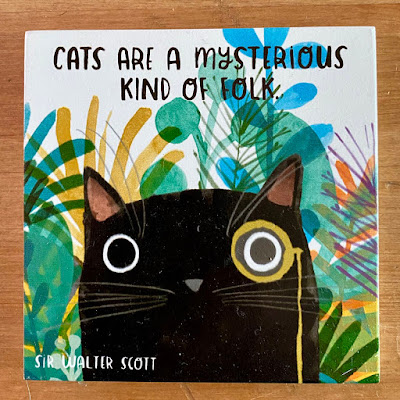 I didn't take photos of her presents but there were a lot of cats and colour in her presents.  The above coaster is pretty cute. 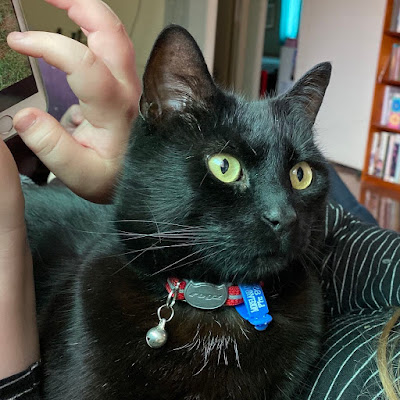 And here is the black cat who inspired the fondant cats, our Shadow!  He hid during the party as much as he could but the kids loves it when he showed his face.

Not long after this party, Sylvia had a sleepover on a Friday night followed by another friend's sleepover party on a Saturday night.  That was the last hurrah before lockdown made it forbidden for friends to play together.  It will be a fine day when the kids are back together.

On the stereo:
Parachutes: Coldplay
Posted by Johanna GGG at 23:20